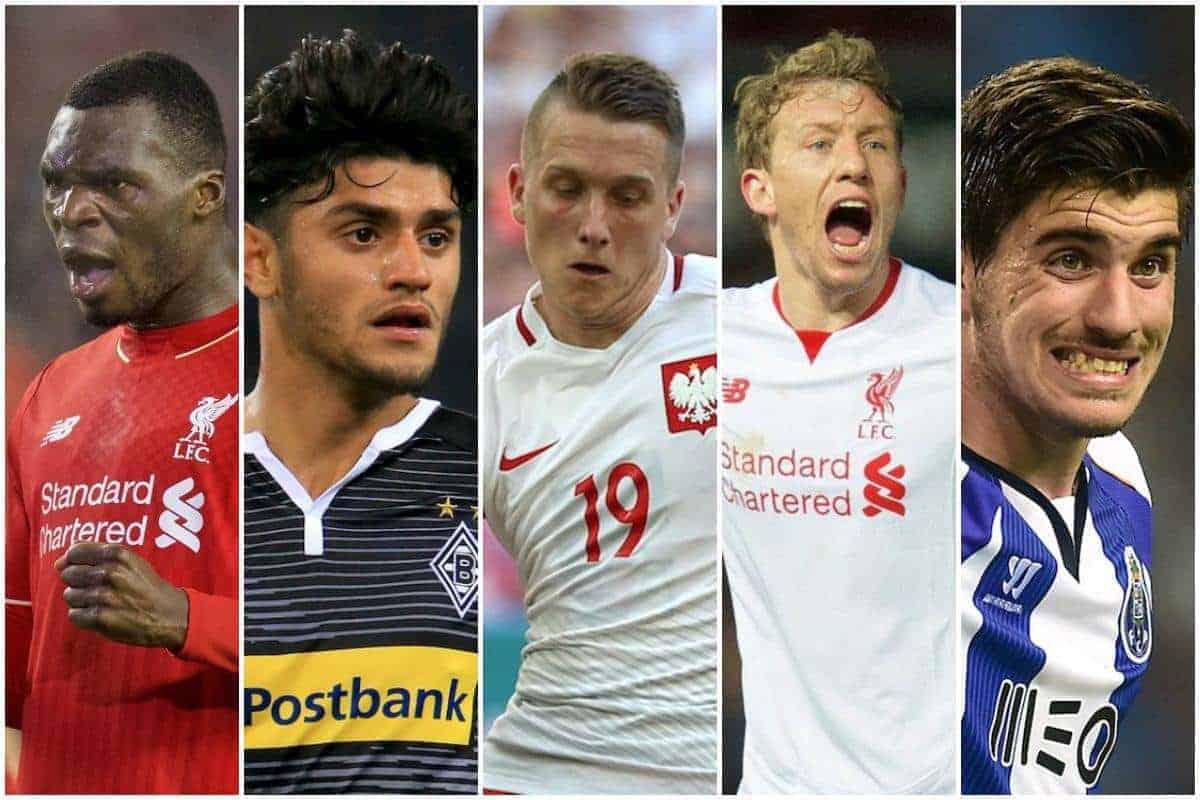 We round up the latest Liverpool transfer news, including an improved offer from Crystal Palace for Christian Benteke.

Jurgen Klopp has welcomed his squad back to Melwood, with the Reds put through their paces by new fitness coach Andreas Kornmayer, including new arrivals Sadio Mane, Loris Karius, Joel Matip and Marko Grujic.

The incoming quartet are part of a busy recruitment drive by the German ahead of his first full campaign on Merseyside, and they could be joined by more new names in the coming weeks. Alan Pardew is seemingly determined to sign a big-money striker this summer, and after having their initial £25 million for Benteke rejected last week, they look set to up their offer.

According to reporters including the Express‘ Paul Joyce, the south London club are poised to make an offer worth up to £31.5 million for the Belgian.

This would include an initial fee of £27 million, with add-ons potentially taking the deal close to Liverpool’s outlay last summer.

The Reds paid £32.5 million for Benteke ahead of 2015/16, and after a muted campaign that saw the striker fall down the pecking order under Klopp, recouping much of this fee would be a major boost.

Benteke is said to be willing to make the switch to Selhurst Park, with a move likely to develop following Belgium’s exit from the European Championship.

No Progress With Zielinski, Chilwell or Dahoud

Young midfielders Zielinski and Dahoud have dominated local back pages for much of the summer, as Klopp seeks to add to his ranks in the middle of the park.

But, along with fellow priority target Ben Chilwell, Liverpool are likely to be forced to wait as they push to add reinforcements for 2016/17.

According to Goal’s Melissa Reddy, the Reds are no closer to securing deals for Zielinski or Chilwell, despite submitting big-money bids for the pair.

Udinese have rejected an £11 million offer for Zielinski, while Leicester City are holding out for higher than the £7 million bid made for Chilwell, leaving Klopp in the lurch as we head into July.

Furthermore, Dahoud is believed to be likely to remain with Borussia Monchengladbach for another season, though Klopp is unlikely to give up on his pursuit of the 20-year-old just yet.

While Liverpool are no closer to signing either Zielinski or Dahoud, Klopp could sanction the departure of another midfielder in Lucas Leiva.

The Brazilian has been tipped to depart Merseyside this summer as part of Klopp’s midfield overhaul, and according to Turkish outlet Fanatik, SuperLig side Besiktas are planning a bid to take him to Istanbul.

Lucas was on the verge of joining Besiktas last summer, but Brendan Rodgers pulled the plug at the last hour following his strong performances in the Liverpool first team.

But under a new manager, and with younger, more mobile midfielders to contend with, Lucas may look to leave Anfield this summer.

The 29-year-old recently admitted he could leave, saying “the idea, as always, is to remain in Europe, mainly in England, which has a very strong and good league to play in.” If Liverpool are set to miss out on their priority midfield targets, another may have emerged in FC Porto teenager Ruben Neves.

With the Portuguese side struggling with their finances this summer, Neves’ agent Jorge Mendes is said to be looking to capitalise and earn a move for his young talent.

According to Diario de Noticias, Neves could be available for around £17 million, and Klopp is believed to be an admirer.

Neves is a technically gifted young midfielder capable of operating in a controlling role just ahead of the back line, or as a more advanced playmaker.

Able to occupy the role earmarked for Dahoud, Neves would be an excellent signing for the Reds, though reports of their interest at this stage are questionable.

After missing out on European football for 2016/17, Klopp may look to utilise the loan market to provide some of his promising young stars regular first-team football.

This could include 19-year-old winger Ryan Kent, who looks unlikely to break into Klopp’s senior squad at this stage.

Kent spent the first half of last season on loan with Coventry City, and according to the Mail could be set for a spell in the Championship with Barnsley.

Manager Paul Heckingbottom is said to be keen on adding Kent to his squad as he builds for a strong campaign, after the Tykes sealed promotion from League One last season.

Sheffield United were also reported to be interested in signing Kent back in March.