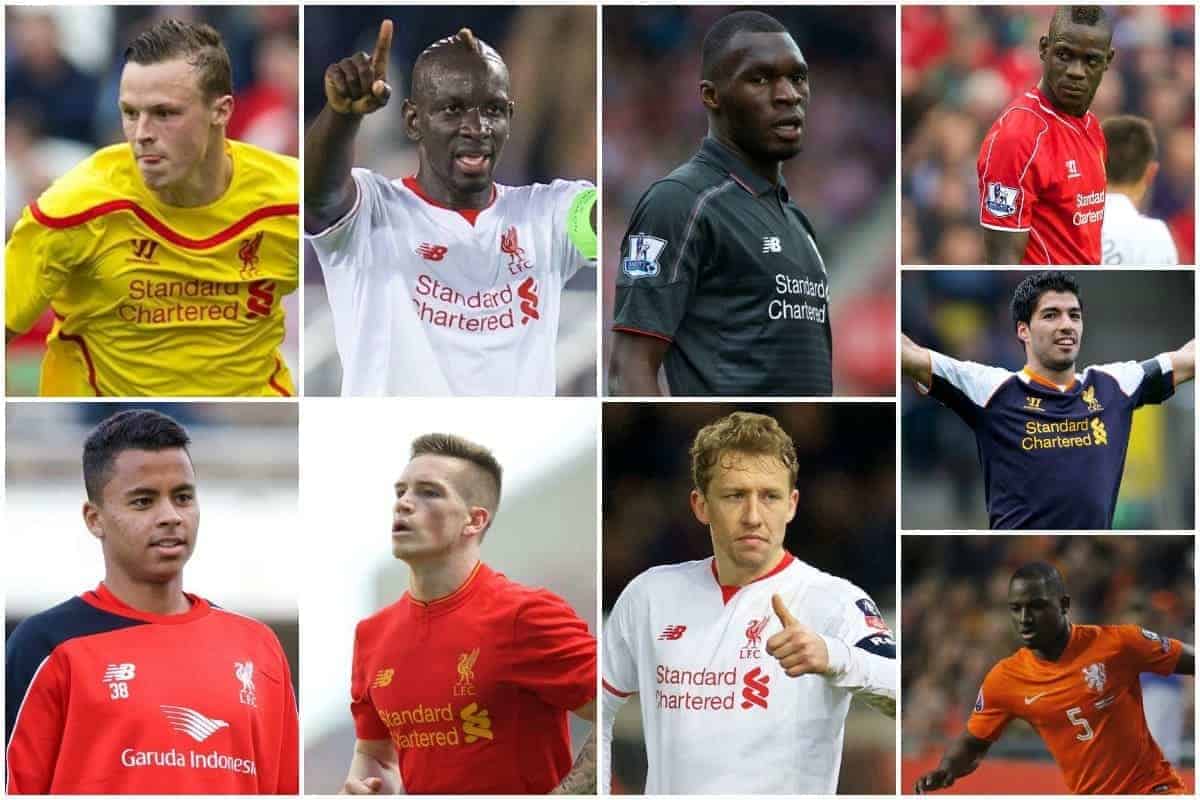 We round up the latest Liverpool transfer news, as Jurgen Klopp prepares another host of outgoings this summer.

In their place have come six new signings, as well as Marko Grujic arriving following a loan spell with Red Star Belgrade.

There is likely more to come, however, and here’s the latest Liverpool transfer news from Klopp’s temporary office in Palo Alto.

Smith Due For Bournemouth Medical

Set to follow Ibe to Bournemouth, after the winger’s £15 million move to Dean Court, is Australian left-back Brad Smith.

Despite Klopp earmarking the 22-year-old for a role as backup left-back in 2016/17, the Cherries forced his hand by submitting a bid worth £6 million, which Liverpool promptly accepted.

Smith has since left the Reds’ training camp in the US, and was due to undergo a medical on Tuesday, with a move likely to be announced in the coming days.

Liverpool are said to have negotiated a buy-back clause in the deal to sell Smith, who has been with the club since 2008. Merseyside woke to disappointing news on Tuesday morning, with French centre-back Mamadou Sakho joining Smith on his flight back from the US.

This comes after Klopp reportedly grew frustrated with Sakho’s attitude while on tour, deeming it sensible to send the 26-year-old back to Liverpool to continue treatment on an Achilles injury.

After a three-month absence while contesting anti-drug charges, this serves as another blow to Sakho, whose future under Klopp is now in doubt.

Whether the German will move to sell Sakho this summer remains to be seen, but the outlook does not seem favourable at this stage. Christian Benteke joined up with the Liverpool squad in Palo Alto at the weekend, but the Belgian’s future remains in doubt as he drops down the pecking order under Klopp.

Daniel Sturridge, Divock Origi, Danny Ings and Roberto Firmino are also available throughout the Reds’ tour of the US, with the chances of Benteke featuring regularly very slim.

The 25-year-old could be handed a lifeline by Crystal Palace, however, with the Mail‘s Dominic King claiming they are preparing a new bid.

Having seen an offer of £25 million, and another worth up to £31.5 million, rejected by the Reds, Alan Pardew’s side will now reportedly offer £30 million up front—likely securing a deal.

Allan Trains With Hertha Ahead of Loan

Klopp described young Brazilian midfielder Allan Rodrigues as “an outstanding talent” back in March, and the 49-year-old will no doubt be disappointed he can’t call on him for 2016/17.

The youngster is still without a work permit for the UK, despite spending last season on loan with clubs in Finland and Belgium.

This has seen Liverpool move to secure a deal with Bundesliga side Hertha Berlin, who have taken Allan on trial for a week ahead of a possible season-long loan move.

He has already impressed manager Pal Dardai, who said the 19-year-old “shoots like a horse.”

Liverpool’s U23s are set for a makeover ahead of the inaugural Premier League 2 campaign, with Michael Beale planning to field a youthful squad despite this season’s rule changes.

This will see the likes of Lloyd Jones, Jack Dunn and Ryan Kent leave on loan, and according to the BBC’s Andy Giddings, the latter will complete a move to join the Tykes on Tuesday.

Kent has been regularly with Paul Heckingbottom’s side this summer, and after being left out of Klopp’s touring squad, will have been receptive to a switch.

The 19-year-old spent the first half of 2015/16 on loan with Coventry City in League One, but is now ready to make the step up to the Championship.

Lucas Leiva is set to miss the rest of pre-season and the beginning of the 2016/17 campaign with a hamstring injury suffered in Liverpool’s 2-0 win away to Huddersfield Town.

But despite this, Turkish Super Lig side Galatasaray are reportedly undeterred in their pursuit of the Brazilian.

According to the Turkish publication Aksam, Liverpool have accepted their £2.5 million bid for Lucas, who can now discuss personal terms with the Istanbul side.

Balotelli was left out of Klopp’s touring squad, and has been training with Liverpool’s youth ranks, posting on Instagram on Monday: “Still working hard with reserve team. Top quality session today with top players. #Respect”

Besiktas are said to hold an interest in the Italian, but as Turkish outlet Fanatik report, Balotelli would need to reduce his £90,000-a-week wage demands.

Alternatively, Liverpool may agree a cut-price loan deal, in order to ensure a move to the Vodafone Arena comes to fruition.

Balotelli was signed in the summer of 2014, as a partial replacement for the departing Luis Suarez, who joined Barcelona in a £65 million deal after the World Cup in Brazil.

Hammering home the Reds’ failure to move on from Suarez’s sale, Liverpool will receive the final instalment in a series of staggered payments from the Catalan club this week.

According to the Mirror‘s Ed Malyon, Barcelona will be required to pay £13 million on July 31—which Klopp could put towards a new left-back.

No Reds Interest in Willems That left-back won’t be PSV Eindhoven’s Jetro Willems, however, with ESPN FC moving to quash speculation over a possible move to Merseyside for the Dutchman.

Reports in Willems’ homeland suggested that Liverpool could seal his signing for around £10 million, but despite Smith’s impending exit he is not believed to be on Klopp’s list of targets for the problem position.

Liverpool supporters will hope for Cologne’s Germany international Jonas Hector, but it remains unclear where Klopp will turn in his pursuit of cover for Alberto Moreno just yet.