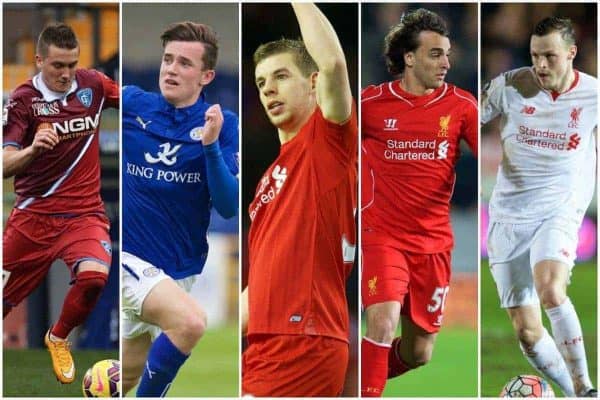 We round up the latest Liverpool transfer news, with Jurgen Klopp‘s summer plans set to change as targets continue to elude him.

The German has continued to clear out his unwanted players this week, with Martin Skrtel, Jordon Ibe and Sergi Canos all leaving Liverpool for a combined total of up to £25 million.

With the Reds securing valuable buy-back deals for both Ibe and Canos, Liverpool’s recent business can be considered wholly positive.

However, Klopp is still looking to add to his squad ahead of 2016/17, while other names could be set to depart as he trims down a group that he has admitted is “100 percent” too big.

Liverpool to Pull Out of Zielinski Race

Klopp’s lengthy pursuit of Udinese midfielder Zielinski looks to have come to an end, with the 22-year-old poised to join AC Milan.

Zielinski’s current club have held firm on demanding a premium from Liverpool this summer, despite accepting an £11 million bid from Napoli that was identical to the Reds’ offer.

With Klopp keen to finalise his transfer business before the start of the 2016/17 campaign, this has seen him look elsewhere.

According to Goal’s Melissa Reddy, Liverpool will “proceed to source a midfielder who fits Klopp’s blueprint, rather than one with a big name.”

Chilwell Pursuit Could Wait Until 2017

After turning their focus away from Zielinski, Liverpool may also opt against a summer move for Leicester City left-back Chilwell.

The Reds made an offer worth up to £7 million for the 19-year-old, but the Foxes are holding out for closer to £10 million, despite Chilwell having just one year left on his contract.

This has led to reluctance from Klopp, according to Reddy, who claims that Liverpool could now wait until next summer to sign Chilwell on a free transfer.

Chilwell’s fee would likely then be determined by a compensation tribunal, which could rule a figure between the two clubs’ valuations, potentially breaking Danny Ings‘ £6.5 million record.

Unlike with Zielinski, however, Klopp is not set to pursue other targets, despite links with Hull City‘s Andrew Robertson.

Klopp’s first-choice full-back options are set to remain as Nathaniel Clyne and Alberto Moreno this season, with the German putting his faith in the under-fire Spaniard.

They will be provided cover by 23-year-old academy product Jon Flanagan who, despite reports linking him with a move away from Merseyside, won’t be made available for transfer.

That is according to the Liverpool Echo, who also refute claims of interest in Flanagan from Brendan Rodgers’ Celtic.

Flanagan is said to play a major role in Klopp’s plans for 2016/17, and having featured in both of Liverpool’s pre-season friendlies so far, is working up his fitness following long-term injury.

Able to perform at both left- and right-back, Flanagan will remain a useful option for Klopp.

Markovic Made Available For Transfer

Like Flanagan, Lazar Markovic returned to Melwood early this summer in a bid to prove his worth to Klopp.

But despite taking part in Liverpool’s warmup victories over Tranmere Rovers and Fleetwood Town, competition for places under the German has made the winger surplus to requirements.

Markovic is subject of interest from clubs from Portugal, Italy and Spain, with Primeira Liga side Sporting CP said to be his most likely destination.

Liverpool are open to both temporary and permanent offers for the 22-year-old, who would likely have remained on Merseyside if the Reds were involved in European competition.

Sadio Mane, Adam Lallana and Sheyi Ojo are poised to battle it out for a starting role on the right flank in 2016/17.

If Liverpool are unable to sign Chilwell this summer, Klopp will be forced to rethink his squad options at full-back.

This should see Australian left-back Brad Smith keep his place in the 49-year-old’s selection, following reports of a potential loan move to the Championship for 2016/17.

Smith impressed Klopp in his application in training towards the end of 2015, and earned a long-term contract, before making 10 appearances for the Reds last season.

Klopp is said to see Smith as adequate cover for Moreno at left-back, with the 22-year-old’s attacking prowess providing a useful outlet in pre-season so far.

Klopp to Look to Bundesliga For Defensive Cover

Injuries to senior centre-backs Mamadou Sakho and Joe Gomez could leave Klopp with only two of his regular options for the Reds’ Premier League opener away to Arsenal in August 13 in Dejan Lovren and Joel Matip.

Andre Wisdom and Tiago Ilori are both set to leave the club this summer, so Achilles problems for Sakho and Gomez have led Klopp to the transfer market.

Said to favour an experienced, short-term option, Klopp is believed to be casting his eye over his former home of the Bundesliga, drawing upon his knowledge of the German top flight.

No specific targets have emerged at this stage, with few fitting the bill—though Wolfsburg’s out-of-sorts former Bayern Munich centre-back, Dante, has been touted as an option for the Reds.