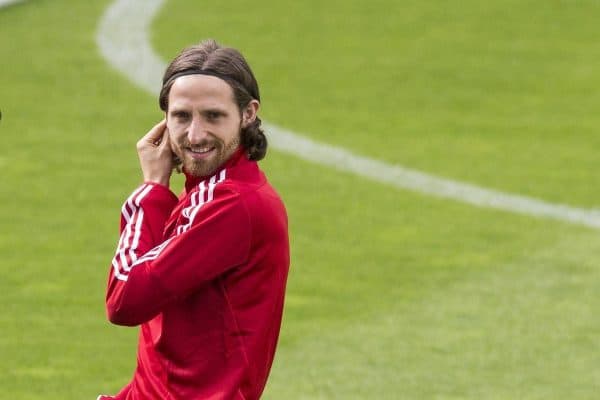 Wales midfielder Joe Allen’s Liverpool future is dependant on the club’s ability to sign either Piotr Zielinski or Mahmoud Dahoud.

The Reds have pursued young talents Zielinski and Dahoud throughout the summer, with Allen looking likely to rejoin former side Swansea City following the European Championship.

Allen helped Wales to the semi-finals of the tournament on Friday night, with Chris Coleman’s side defeating Belgium 3-1 in Lille.

The 26-year-old’s excellent performances this summer have led to calls from supporters to keep him at Liverpool for 2016/17, and this is a likely eventuality at this stage.

With Udinese having rejected the Reds’ £12 million for Zielinski, and Borussia Monchengladbach keen to hold onto Dahoud for the campaign despite the 20-year-old reportedly turning down a new contract offer, Allen is unlikely to be allowed to leave Merseyside.

That is according to the Liverpool Echo‘s Neil Jones, who insists that Liverpool “are not willing to sell on the cheap.”

For Allen, this may be a disappointing standpoint, with the midfielder in search of regular first-team football.

With Emre Can, Jordan Henderson, James Milner and Marko Grujic also vying for a starting role next season, he is unlikely to find this at Anfield, despite his clear quality.

A move to Swansea would suit Wales’ No. 7, with a key role likely in south Wales.

Allen’s performances in France have drawn considerable plaudits, and speaking after Friday night’s victory over Belgium, he admitted he “never thought we’d be in this position.”

“What an achievement for everyone in the country and everyone involved,” he said.

“This is a moment that means so much to everyone.”

He also underlined Wales’ belief as a key factor in their success—something that was clearly lacking in the England camp as they lost to Iceland in the last 16.

“We knew we were going to score tonight and once that first goal went in everyone was confident we could go on and win the game,” Allen continued.

“It took absolutely everything but this is what this team is about, we never, ever give up and it’s going to take something special to stop us.”

Wales next take on Portugal in the semi-finals on July 6, two days before Liverpool’s first pre-season clash away to Tranmere Rovers, with Allen unlikely to link up with his Reds team-mates until their tour of US, starting July 27.