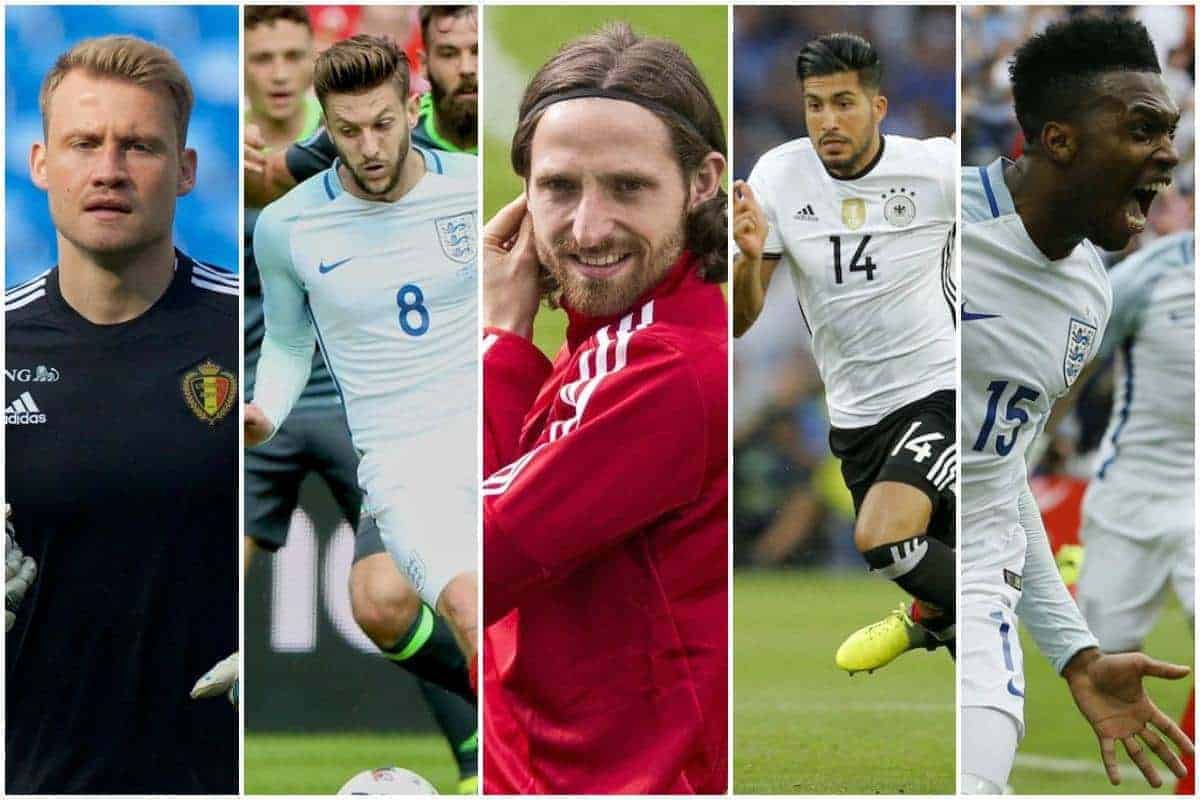 Jurgen Klopp gave each of his players involved in Euro 2016 three weeks’ holiday from the day they exited the tournament.

“We made a plan for us and then we will need to react as things happen. That’s the only thing we could do,” Klopp said as he revealed his summer plans in March.

The German’s first pre-season as Liverpool manager has been hampered by his players’ involvement in international tournaments, most notably Euro 2016 in France, but training began as usual on July 2.

Giving each of his players on international duty three weeks off following their tournament exit, Klopp will be welcoming his 12 European luminaries back at different stages.

With the Reds to kick off their warmup schedule away to Tranmere Rovers on Friday night, this could disrupt his plans.

Slovakia captain Martin Skrtel is due back first of Liverpool’s Euro 2016 stars, on Monday July 18, though with the 31-year-old due to join Fenerbahce in a £5.5 million deal, he is unlikely to return to Melwood.

A five-strong English contingent of Nathaniel Clyne, Adam Lallana, James Milner, Jordan Henderson and Daniel Sturridge are set to arrive back on Merseyside on Tuesday July 19.

Next due back at Melwood are three players from Marc Wilmots’ underwhelming Belgium side, who lost 3-1 to Wales in the quarter-finals, and Simon Mignolet, Christian Benteke and Divock Origi are due back on Saturday July 23.

Like Skrtel, Benteke’s return would likely only be a flying visit, with the striker set to join Crystal Palace in a big-money deal this summer.

Victory over Belgium proved a high point of Wales’ incredible Euro 2016 run, but this came to an end on Wednesday night, as Chris Coleman’s side lost 2-0 to Portugal, ensuring Danny Ward and Joe Allen a pre-season return date of Thursday July 28.

Finally, Germany’s defeat to France in Thursday night’s semi-final should see Emre Can return a day later on Friday July 29.

Each of Liverpool’s players involved in Euro 2016 are likely to miss their four domestic friendlies, as the Reds line up against Tranmere (July 8), Fleetwood Town (July 13), Wigan Athletic (July 17) and Huddersfield Town (July 20).

Meanwhile Ward, Allen and Can are not due to return before Klopp’s squad fly to the US for their money-spinning tour, and the trio could miss out on clashes with Chelsea (July 27), AC Milan (July 30) and AS Roma (August 1)

The 49-year-old should have a full complement for Liverpool’s final two friendlies, against Barcelona at Wembley Stadium (August 6) and away to Mainz 05 (August 7).

One player yet to return to Merseyside, but who has already had three weeks off, is Brazilian playmaker Philippe Coutinho.

The 24-year-old should have been due to report to Melwood on Tuesday July 5, but appears to have been afforded further time off following his involvement in the Copa America Centenario.