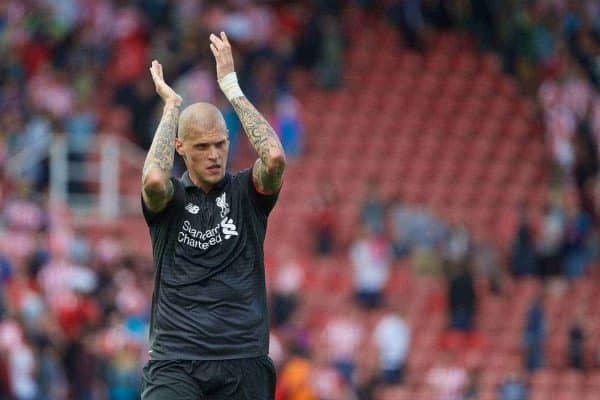 Long-serving Liverpool centre-back Martin Skrtel is expected to finalise his move to Fenerbahce next week.

The 31-year-old has been linked with a number of sides this summer, but with Liverpool having agreed a £5.5 million deal with Fenerbahce, he is poised to make the move to Turkey.

This will mark the end of an eight-and-a-half-year association with the Reds, after joining from Zenit St. Petersburg in 2008.

According to Turkish outlet Fanatik, Skrtel will agree terms with Fenerbahce on arriving in Istanbul next week, before beginning pre-season training under Vitor Pereira.

Skrtel is currently on holiday following his time at Euro 2016 with Slovakia, captaining his country as they exited in the last 16, following defeat to Germany.

The defender was given three weeks off by Liverpool manager Jurgen Klopp, but is now unlikely to return to Anfield.

Speaking ahead of Skrtel’s move to Fenerbahce, his agent Karol Csonto confirmed talks were well underway.

“Talks have been ongoing between Liverpool and Fenerbahce for the last two to three weeks and there are just a few details to sort out,” he revealed.

“All I can say is that it looks promising.”

For Skrtel, a move to Fenerbahce would come at the right time in his career, with his influence in the English top flight waning in recent years, culminating in a disastrous 2015/16 campaign.

Skrtel will replace outgoing Portuguese centre-back Bruno Alves, who joined Cagliari on a free transfer this summer, and could line up alongside former Paris Saint-Germain right-back Gregory van der Wiel.