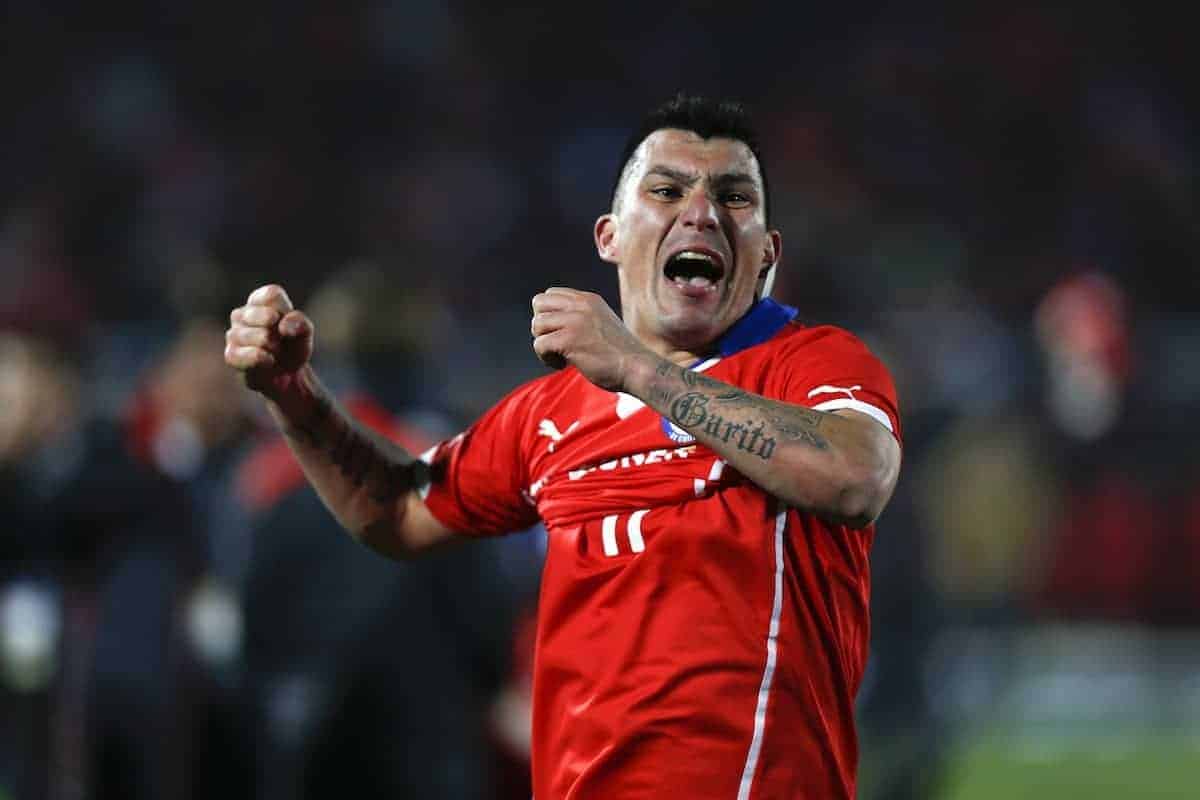 Reports in Chile suggest Klopp has shown an interest in the South American after he watched him perform at the tournament, which Chile won after beating Argentina on penalties in the final.

Medel has Premier League experience with Cardiff City during the 2013-14 season after joining from Sevilla for £11 million and after becoming available, his past experience could be an attractive factor for Klopp.

The defensive midfielder made 34 appearances for the Blues and impressed during his one season in the English top flight.

Medel signed for Inter Milan in August 2014 for £9 million and has made over 70 appearances for the Italian side during two seasons but despite winning over the fans, he’s been declared available by the club.

Lanacion reports that negotiations have already begun between the two clubs and news of Medel’s future could be revealed in a few days.

The Spanish media outlet also claims Liverpool could be prepared to pay up to £12 million in order to sigh the Chilean international.

The “Pitbull” as he’s often known, is an experienced midfielder and a versatile player whose defensive attributes would be a welcome asset for Liverpool.

The 28-year-old is an aggressive midfielder who provides strong cover for his back four. He’s also capable of playing in the centre-back role too due to his strong positional understanding.

With Lucas Leiva‘s departure looking likely, Liverpool may need a defensive midfielder as they could be limited in that departure when the Brazilian’s move is finalised. In the current squad, only Emre Can has shown the ability to perform in that role but he is preferred in a more attacking role by Klopp.

Medel is known for his work-rate and defensive attributes but he has the ability to pass the ball well too and can spread the play quickly for Liverpool, who will hope to use their pace to break quickly on the counter attack.

With injuries to Joe Gomez and Mamadou Sakho, Liverpool could be short on centre-back options at the start of next season and Tiago Ilori will be missing due to Olympic duty.

Medel can provide strong back-up for Dejan Lovren, Joel Matip and imminent new signing Ragnar Klavan, as well as pushing for a starting position in a defensive midfield role.

A tenuous rumour at the moment, but one that could develop. Medel would certainly add winning mentality and tenacity to the Liverpool squad.