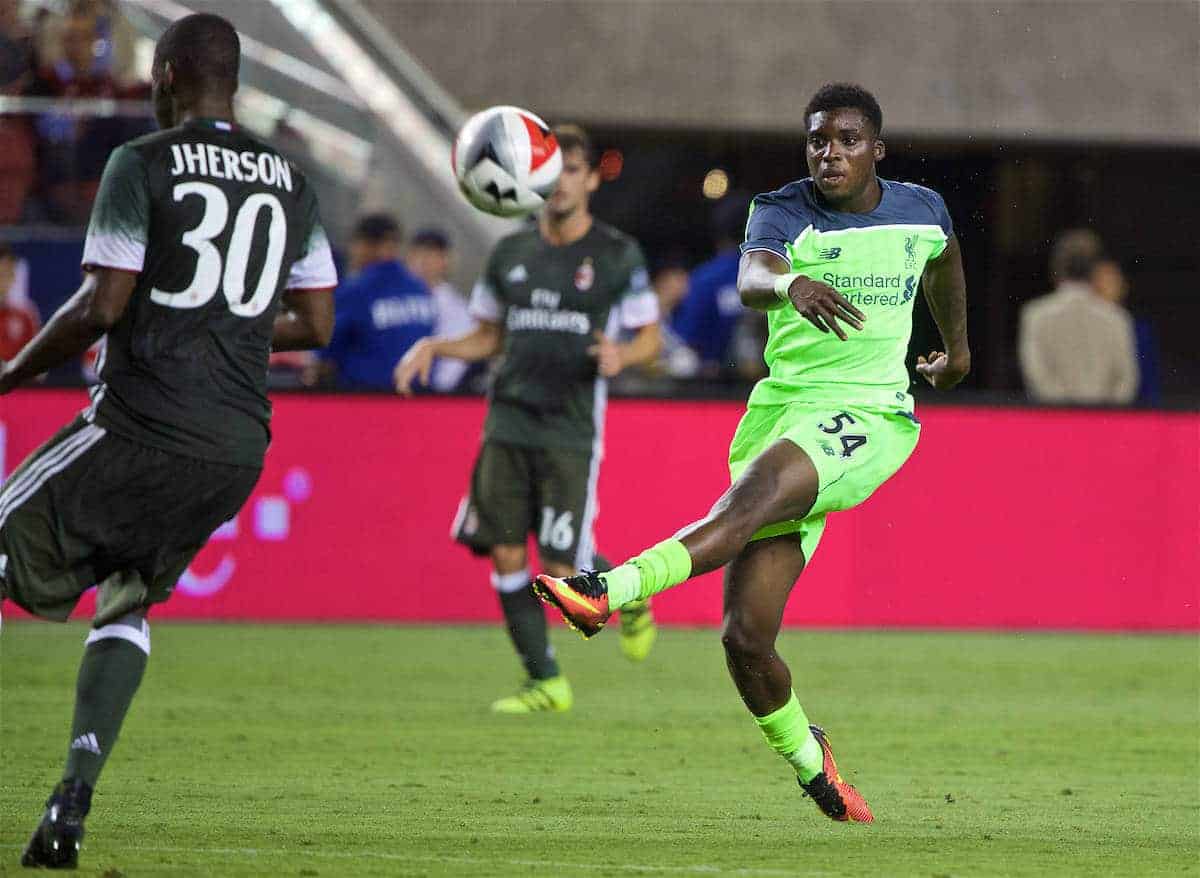 Impressing in his first two outings of Liverpool’s pre-season, Sheyi Ojo could still face a season away from the club on loan.

The Reds currently have five players out on loan in Adam Bogdan, Danny Ward, Ryan Fulton, Ryan Kent and Jack Dunn, with Allan Rodrigues set to follow shortly with a move to Hertha Berlin.

This has seen Jurgen Klopp utilise the loan market for a variety of reasons: in Bogdan’s case, to thin the Liverpool ranks; for Ward, Fulton and Kent, to gain invaluable experience; for Dunn, a possible future move; and for Allan, a work permit.

Jon Flanagan is also considering a temporary switch, with the Reds having accepted Burnley‘s offer for a season-long loan.

Ojo could be the next to follow, as Klopp suggested following Liverpool’s 2-0 win over AC Milan on Sunday.

“We have to see. He’s a wonderful player for sure and his future is 100 percent at Liverpool,” Klopp said, when asked if Ojo would leave on loan.

“I don’t think we have to make a decision so early, we have time and we have to use the time.

“He has already had a few injuries, not the biggest but in the wrong place I would say.

“We have to be cool and train to make the boys as fit as possible.

“Ojo has been with us for five days or something, he came directly from the U19 tournament. We will see but his future is at Liverpool.”

Rafa Benitez’s Newcastle United have been mentioned as a possible destination for the winger, along with fellow Championship side Brentford.

If Ojo does leave on loan, Klopp would likely demand his bright young talent is guaranteed regular first-team football, as with Kent, Ward and Dunn.

The former MK Dons youngster made an immediate impression in a substitutes’ role against Milan at the Levi’s Stadium, laying on Liverpool’s second goal of the night with his low cross deflected into the path of Roberto Firmino.

As Klopp attests, Ojo certainly has a big future on Merseyside, though without European football in 2016/17, a loan may be wise.

Ojo will compete with the likes of Sadio Mane, Adam Lallana and Philippe Coutinho for a starting role on the flanks under Klopp, with his development stunted without regular football.

Another option would be for Ojo to take up a key role in Liverpool’s U23s squad, following the beginning of the Premier League 2 structure.

This would provide Ojo of competitive experience against a number of senior players, with the England U19 international filling in whenever possible for Klopp’s first team.