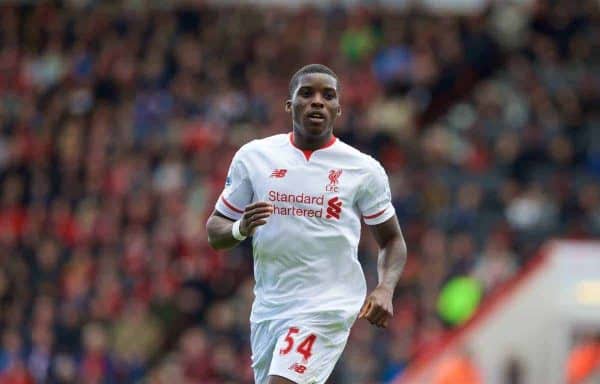 The youngster started the game as England got their European U19 Championship campaign off to a winning start with victory over Ludovic Batelli’s France.

Ojo has been an important part of Aidy Boothroyd’s England U19s squad and the Liverpool attacker proved his worth in Tuesday’s opening fixture.

The Young Lions were two goals up after just nine minutes, eventually holding out for a 2-1 victory.

It was Ojo’s teasing cross from the right wing that led to Jerome Onguene’s own goal after just 123 seconds, with the 18-year-old Sochaux defender sending the ball past Paul Bernardoni.

The Liverpool man then played a ball through to send Solanke through one-on-one with Bernardoni, with the Chelsea striker placing it home to put England ahead by two goals.

The FA’s match report described Ojo’s performance as “looking particularly dangerous,” after he made a quick impression on the game.

Boothroyd made some changes after 70 minutes and Ojo was replaced by Tottenham Hotspur full-back Kyle Walker-Peters, but it was clear he’d impressed the boss, who will now prepare his side to take on the Netherlands on Friday lunchtime.

Speaking ahead of Tuesday’s clash, Ojo confirmed he will return to take part in Liverpool’s pre-season tour of the US after the tournament.

“I am using this tournament as the start of a new season,” he explained.

“Then I am going straight to America after to meet up with the Liverpool squad so it could be an exciting few weeks.”