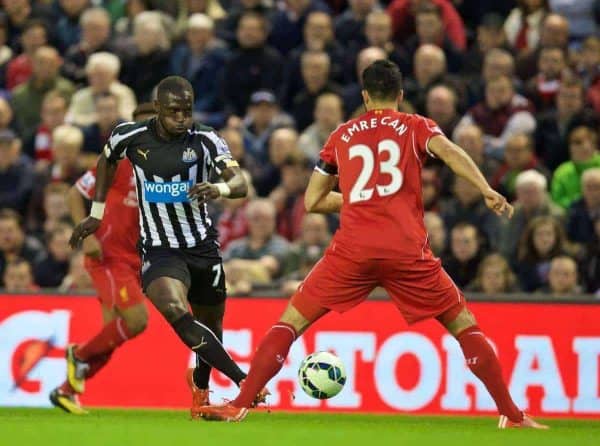 Newcastle United midfielder Moussa Sissoko has been approached by Liverpool, according to claims from French media.

Sissoko endured relegation with the Magpies in 2015/16, but has maintained his reputation with four appearances for France at this summer’s European Championship so far.

With Rafa Benitez’s Newcastle set for a season in the Championship, Sissoko has been tipped as one of those likely to leave.

Unsurprisingly, this has led to the 26-year-old being linked with Liverpool, with Get French Football News citing a “reliable source” in claiming the Reds have “approached” Sissoko’s representatives.

However, while Borussia Dortmund are also said to hold a strong interest in the former Toulouse star, there have been “nothing more serious” than an enquiry at this stage.

Newcastle are believed to value Sissoko at around £21.4 million, providing a major red flag when it comes to Liverpool’s reported interest.

Having already secured the £30 million signing of Sadio Mane from Southampton, it is unlikely that Sissoko would be targeted to supplement Liverpool’s attacking midfield.

Meanwhile, the prospect of moving from youthful targets Piotr Zielinski (22) and Mahoud Dahoud (20) to an inconsistent, prime-age Sissoko is highly doubtful.

Klopp is a manager who favours work rate and off-ball intelligence—two qualities that Sissoko has struggled to show with any frequency during his three years at St. James’ Park.

Speaking this week, Benitez said he would be looking to keep Sissoko and fellow in-demand midfielder Georginio Wijnaldum at the club, though he acknowledged that their ambitions are higher than the Championship.

“To go from the Premier League to the Championship is not easy for anyone,” he admitted.

“In this case it would be to do well, get us promoted back to the Premier League and everyone will be happy.”

Sissoko is unlikely to remain on Tyneside for much longer beyond the conclusion of Euro 2016, but it is also highly unlikely that he will make the move to Merseyside.