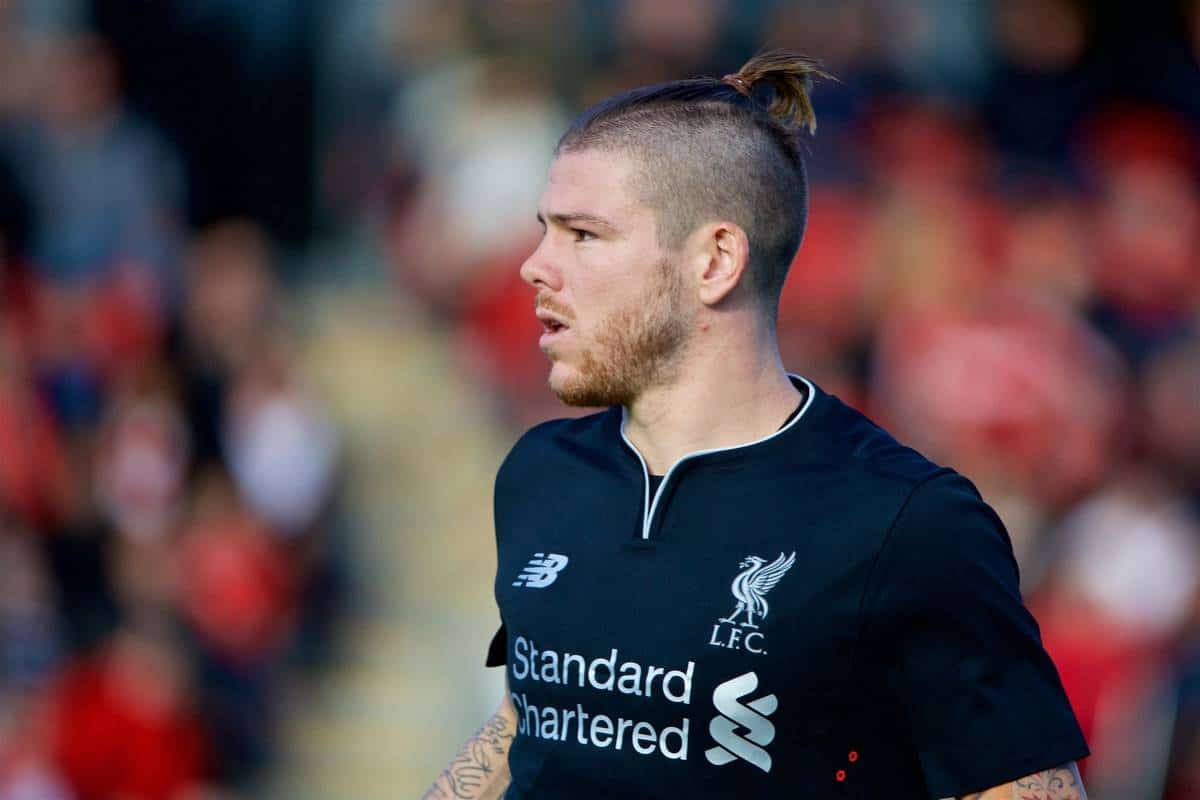 Jurgen Klopp has confirmed that Liverpool left-back Alberto Moreno did not suffer a serious injury during Tuesday’s 2-1 defeat to AS Roma.

The Reds took on Luciano Spalletti’s Roma at Busch Stadium in St Louis, Missouri, with the second half in particular proving a tough, physical matchup.

Adam Lallana bore the brunt of on-loan Inter Milan centre-back Juan Jesus’ heavy-handed defensive play, but it was Moreno who looked to have suffered the most.

The 24-year-old took a knock to the back of the leg late on in the second half, and was forced off the field.

Connor Randall took his place in defence, with Moreno looking to have injured his hamstring, in what would have been another frustrating blow for Klopp.

But speaking to reporters after the game, Klopp revealed that Moreno’s issue wasn’t serious.

“Yes, [he is OK]—it was a dead leg in the hamstring,” he explained.

“He couldn’t activate the muscle so you cannot play. That’s how it is.” The quintet are unlikely to feature before the start of the season, with Karius ruled out until October with a broken hand.

Klopp left Divock Origi out of his squad at Busch Stadium, with the Belgium striker suffering from a minor groin injury, sparking fears of another layoff among the Liverpool support.

The extent of Origi’s injury remains unclear, but with the 21-year-old taking part in exercises on the field before the game, it seems unlikely he will be sidelined for a lengthy period.

The former Borussia Dortmund manager moved James Milner back into the role following Randall’s introduction, and while the vice-captain performed reasonably, he remains an unnatural fit.

Supporters have called for Klopp to sign another left-back as competition for Moreno, with Cologne’s Jonas Hector the most popular candidate at this stage, but the Germany international is not likely to leave his club this summer.

Liverpool now return to the UK to continue their pre-season preparations, before kicking off their Premier League campaign away to Arsenal on August 14.