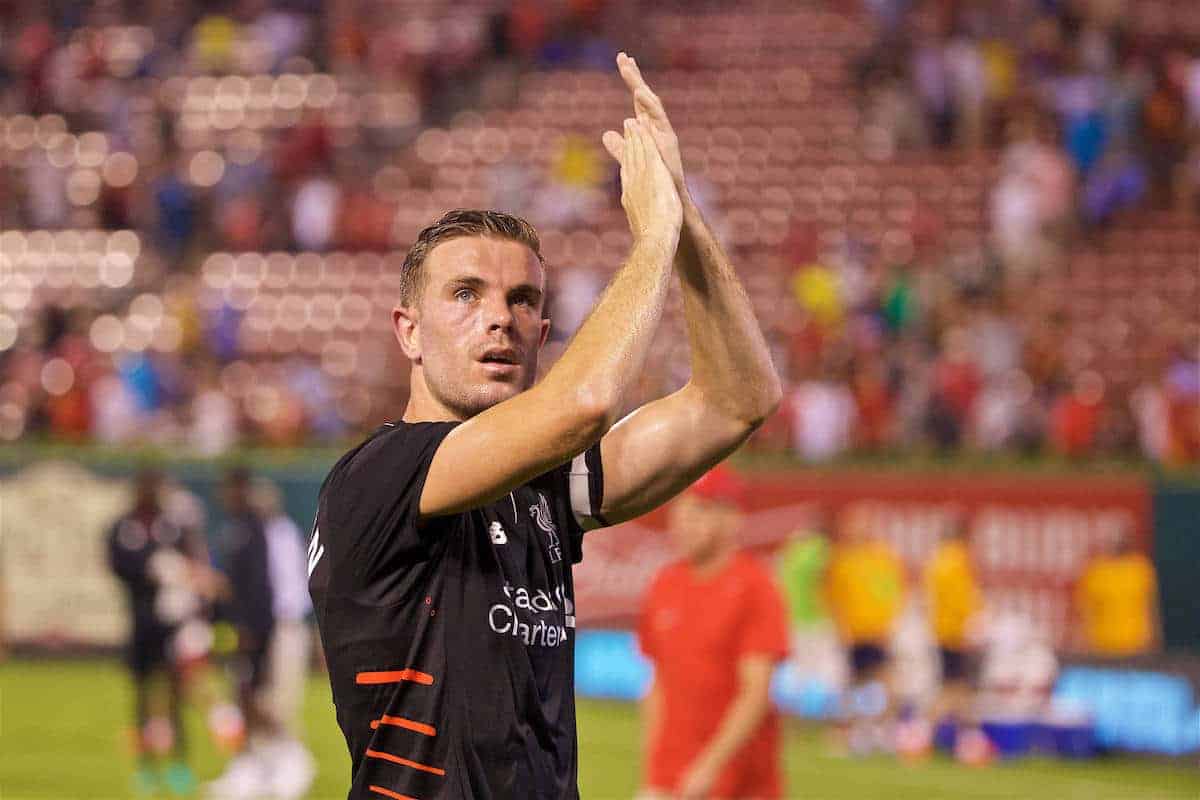 The Liverpool squad landing in Merseyside on Tuesday afternoon, following their pre-season tour of the US.

After a series of intensive training sessions and clashes with Chelsea, AC Milan and finally AS Roma, the Reds returned to the UK to continue their pre-season preparations.

Though results largely didn’t go in their favour across the Atlantic, Jurgen Klopp and his side can be encouraged by their progress of the pitch, as they build up to their Premier League opener away to Arsenal on August 14.

As they travelled back to Merseyside, a number of Liverpool players took to social media to express thanks to supporters during the tour.

Sheyi Ojo, who scored the Reds’ final goal of the tour just before half-time in Tuesday’s 2-1 defeat to Roma, said he was disappointed at the manner of their loss, but appreciated the US fans.

Back home from America thanks to everyone that come out to support us you was great see you soon ??

Meanwhile Cameron Brannagan, one of Ojo’s fellow academy graduates, is already anticipating the Reds’ return, which is likely to be in two years’ time.

Daniel Sturridge took to Instagram, joined by Andre Wisdom, just before Liverpool took off, thanking supporters for their backing throughout.

Dejan Lovren said it was a “pleasure to be here,” as well as posting a photo of him alongside legendary Roma striker Francesco Totti.

Goalkeeper Loris Karius returned to the UK early, for surgery on a broken hand, but he provided an update on his “successful” surgery on Tuesday, with his rehabilitation to continue into August and September.

Finally, the official Liverpool Instagram, joined the ranks to thank supporters, signing off with “until next time…”