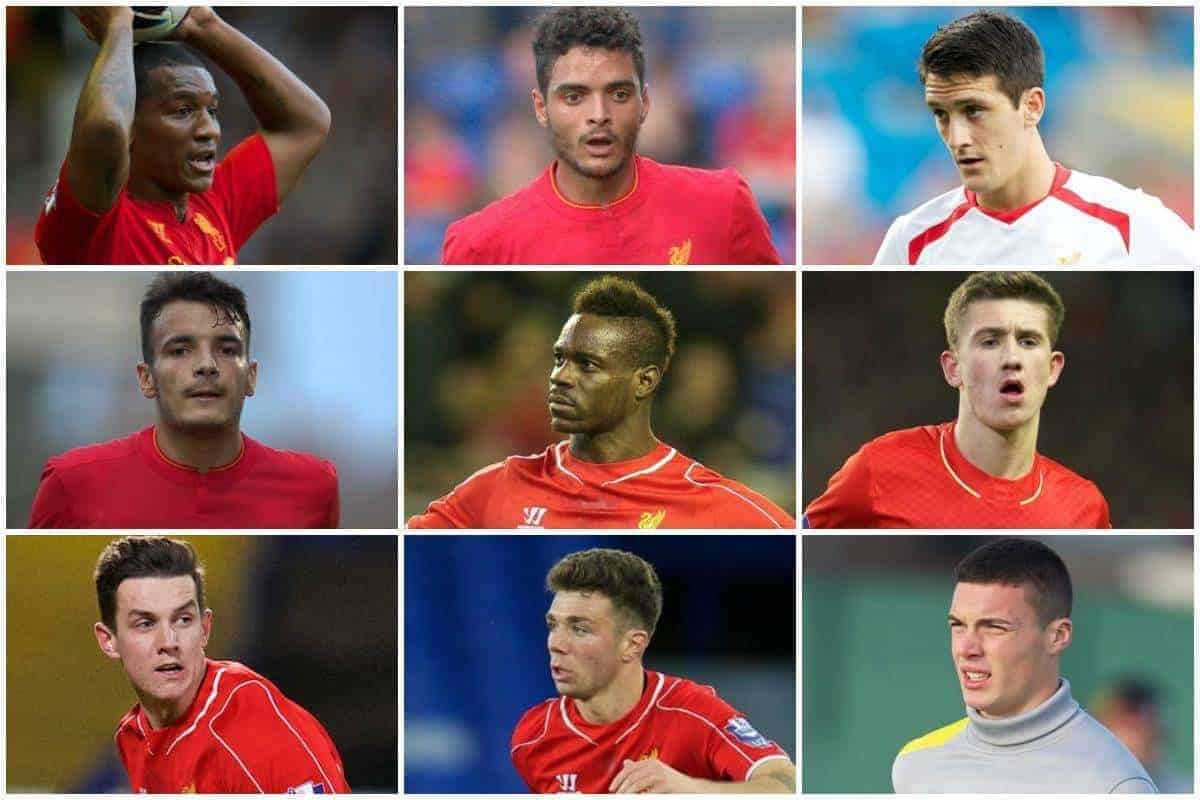 With Liverpool’s squad taking shape for the 2016/17 campaign, there are a number of players in the Anfield ranks who would benefit from a loan move this season.

Liverpool have already been busy in the loan market this summer, sending five players out on temporary moves for the 2016/17 campaign.

Though Adam Bogdan, Danny Ward, Ryan Fulton, Ryan Kent and Jack Dunn have gone, with deals for Jon Flanagan, Allan, and Taiwo Awoniyi impending, there are still a number of players who need moves away to secure the regular action they won’t get at Anfield.

Here are another nine Reds that would benefit from developmental time away on loan this season.

Lingering in the background with little sign of a permanent exit, we are at the stage where Balotelli needs to be moved out any possible way.

No club has seemingly come forward to take the Italian permanently and with that unlikely to change, the next best thing—aside from paying his contract up—is a loan move.

Where exactly he could move to is a good question, but someone may be more receptive to borrowing Balotelli rather than committing to signing him for the long haul.

Admittedly this does little for Liverpool, but getting rid for any duration of time is better than none at all.

Despite returning to Anfield hopeful of impressing Klopp following the best top-flight season of his career, it is clear Alberto still has no Liverpool future.

Not involved in any friendly games—not even the early ones at Tranmere Rovers or Fleetwood Town—Alberto’s time on Merseyside is up with a move a question of when rather than if.

Though seeing a transfer to Sevilla fall through, the Spaniard will leave one way or another this summer, but if there are no takers over a permanent deal, another loan looks likely for Alberto.

Perhaps a return to Deportivo de La Coruna would suit all parties, but if that’s viable remains to be seen.

Ilori‘s Anfield career hasn’t gone as planned since arriving from Sporting Lisbon, and with new defensive options at Klopp’s disposal, that is unlikely to change any time soon.

Joel Matip, Mamadou Sakho, Dejan Lovren and Ragnar Klavan are all ahead in the pecking order, with Joe Gomez also likely to become fifth choice, and with fewer games with no European football, it’s hard to see where Ilori will play.

A loan move and regular football is essential with the defender now 23 years old, and though Olympic involvement with Portugal could run until August 20, it still presents time to find a suitable move.

Ideally that is to a more suitable club in England, with doubts still lingering over Ilori’s ability to perform in the Premier League.

Returning to Merseyside looking to prove himself after another uninspiring loan, Wisdom finds himself in a familiar situation.

That he has featured throughout pre-season—including being taken to the US—will provide him with hope that he could feature in Klopp’s squad for the year.

But having endured successive muted Premier League loan spells in 2014/15 and 2015/16, it is hard to see that happening—unless injuries dictate—and Wisdom’s Liverpool days are surely numbered.

There seems little movement over a potential permanent exit, so another temporary move may be needed—which this time must be more rewarding than those with West Bromwich Albion and Norwich City.

Ideally, it would be good to keep Brannagan at Anfield, allowing him to push for a first-team place having shown elements of class throughout pre-season.

But with midfield options in abundance and cover likely to be provided by Kevin Stewart, chances of enjoying regular minutes—and making more than the nine appearances he was afforded last season—are slim.

It would be better for Brannagan to enjoy first-team football elsewhere before returning ready to stake his claim, and he has said he is open to moving to the Championship to do so.

That seems the best option at this point in Brannagan’s career, and a host of clubs are sure to want the talented 20-year-old.

Another young midfielder needing to leave Anfield temporarily this summer is Chirivella.

The Spaniard had a taster of first-team action last season, playing five times in all competitions.

Though an exciting talent, he is not yet ready to make his mark on the first team—shown by his lack of involvement during pre-season so far.

Chirivella does need regular first-team football now though, and a move to allow him consistent minutes and, crucially, to toughen up is beneficial for his future Anfield career.

A move to the Championship would be ideal for the 19-year-old. The Reds have a number of youngsters who need to return to the Football League, and Jones is one.

The defender saw a positive start at Blackpool ruined by injury last year, denying him the chance for a first spell of consistent first-team game time.

Jones has little chance of progressing at Anfield, and another loan is needed to make up for a season of derailed momentum and to kickstart his career.

Jones has impressed at League One and League Two level, but doing so for Blackpool before injury in the former means a return to the third tier should be the aim. Maguire was another academy graduate to make his debut last season in the middle of the winter injury crisis.

But playing against Exeter City in the FA Cup third round was the only appearance he made, with Alberto Moreno and Brad Smith standing in his way of further opportunities.

Though Smith has gone the situation will remain the same—with Moreno, James Milner and the returning Gomez left-back stand-ins—and keeping Maguire at Anfield makes little sense.

At 20 years old, the left-back needs regular football to prove his worth after a first loan at Leyton Orient—where he made one appearance—didn’t go to plan.

Hope was rife that Williams could be the latest academy product after his debut in the League Cup against Middlesbrough in 2014/15.

But chances were ultimately limited with options ahead of him, prompting Williams to move to Swindon Town for the 2015/16 season, which was sadly ruined by injury.

A similar situation greets the midfielder on his Anfield return, and therefore being unlikely to force his way in again, another loan move beckons.

It’s vitally important Williams is afforded the chance to bounce back from a nightmare campaign at first-team level.

A second try in League One, with hopefully a lot more luck on his side, seems the best solution.