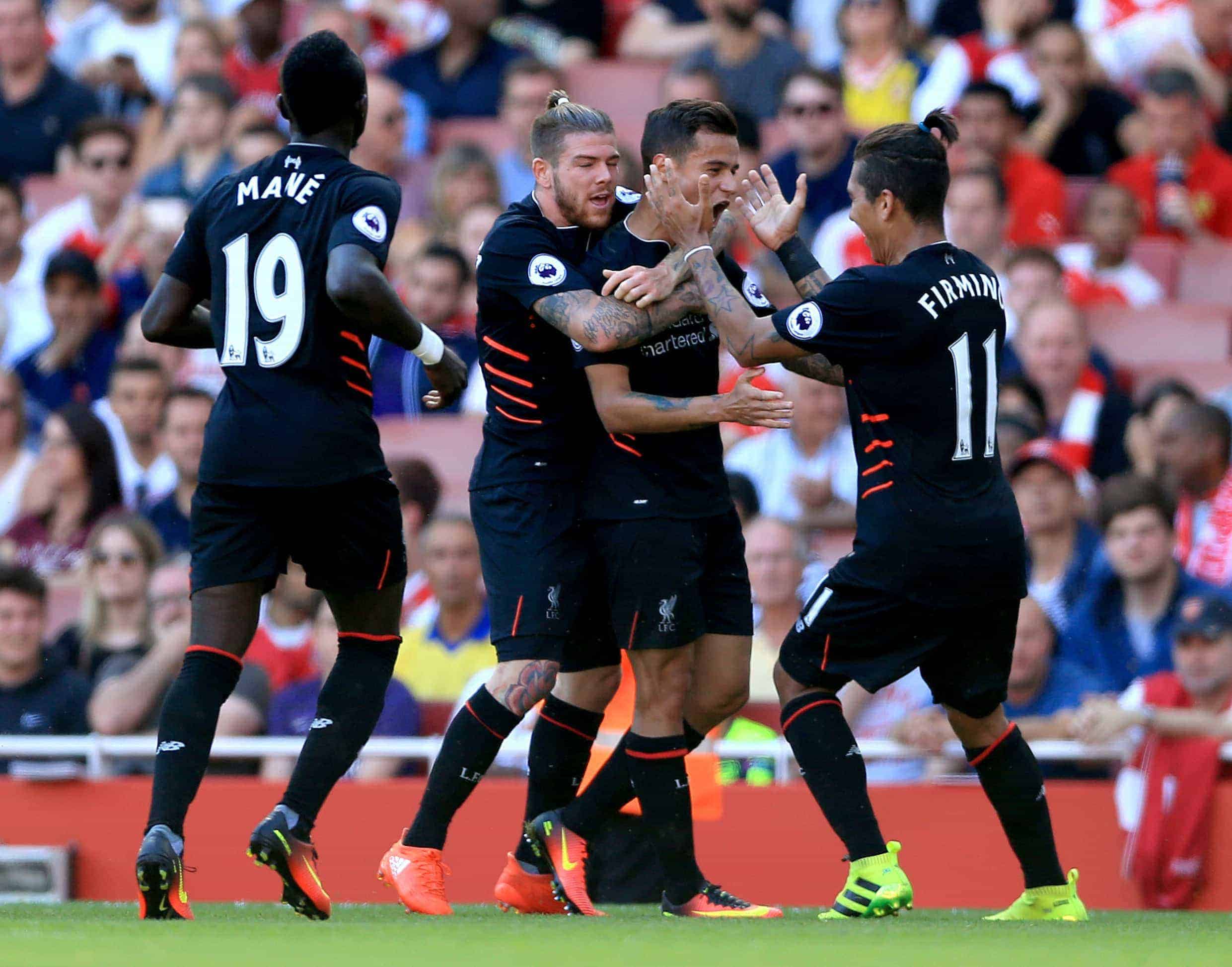 Liverpool forwards Philippe Coutinho and Sadio Mane were both in fine form as Liverpool defeated Arsenal 4-3 on Sunday afternoon.

The Reds opened their 2016/17 Premier League campaign with an emphatic comeback victory at the Emirates Stadium, with goals from Mane, Adam Lallana and two from Coutinho sealing the three points.

Though they didn’t make it easy for themselves, conceding three goals in disappointing fashion, this served as an excellent start to the season for Jurgen Klopp‘s side.

It was a largely positive performance all round, but with supporters providing their ratings at full-time, it was clear that two players stood out.

Both Coutinho and Mane received an average rating of 8.9, for their efforts both in front of goal and combining with their attacking colleagues.

Mane was making his debut for the Reds, after joining from Southampton earlier in the summer in a deal worth £30 million, and it was another debutant, Ragnar Klavan, who was named Liverpool’s third-best performer, with a rating of 7.3.

Despite the excellent nature of their attacking game, however, many of Klopp’s players were handed lowly ratings.

Dejan Lovren‘s muted afternoon saw him rated at 5.8, while a calamitous display from Alberto Moreno landed the left-back with the lowest rating, with just 3.1.

Klopp’s three substitutes, Emre Can (6.2), Divock Origi (6.2) and Kevin Stewart (5.8) all performed reasonably, but made little impact, reflected in their ratings.

Speaking after the game, Klopp admitted that his side “were far away from showing [their] whole quality,” and it was clear that there is still work to do before they are the finished product.

The German even stressed that Mane was “good, but he can do better.”

On the basis of this debut, where the Senegalese matched up to Liverpool’s attacking inspiration, Coutinho, this can only be a positive—with much more to come.