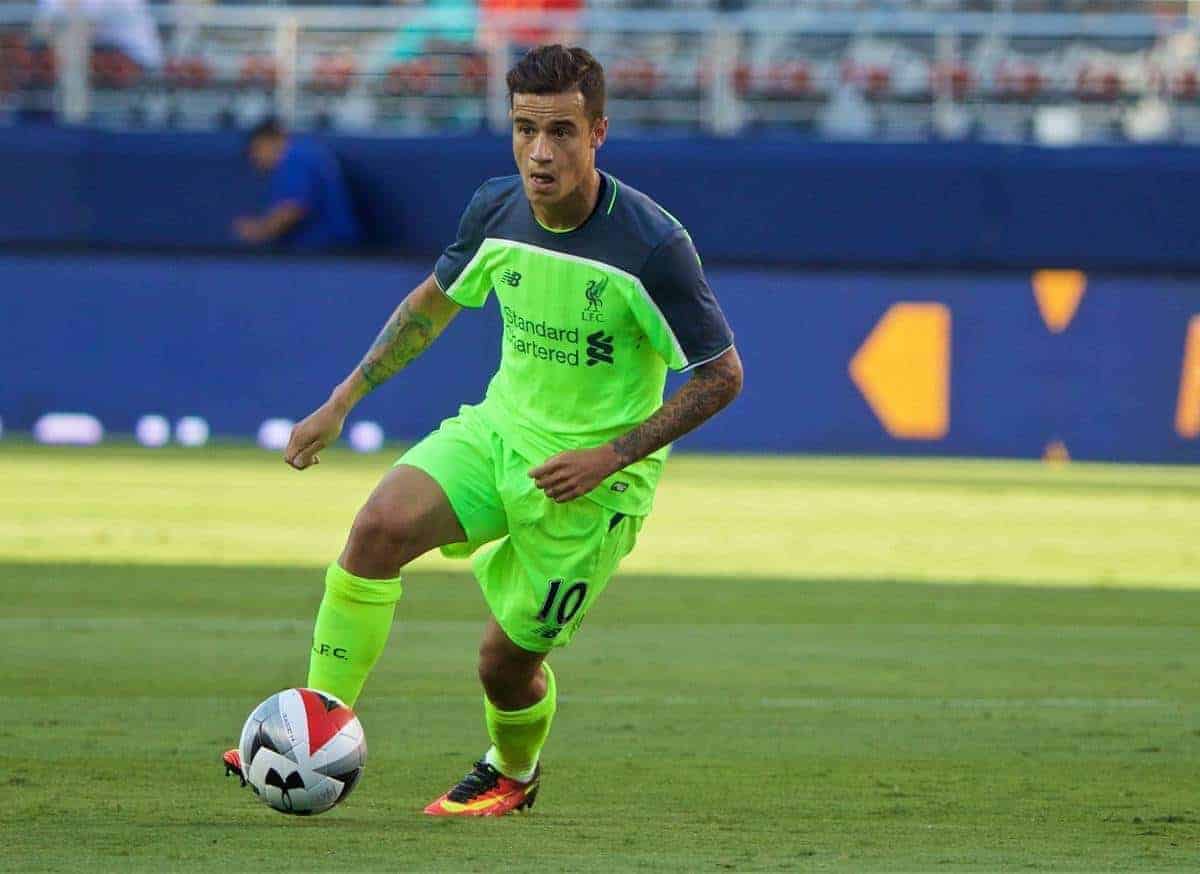 Philippe Coutinho returns to the Liverpool lineup for today’s match at Tottenham, having missed the midweek cup game at Burton Albion.

The Brazilian has been struggling with a tight hamstring, but returns to the Reds’ attack, alongside Roberto Firmino and Sadio Mane.

That means a substitute role for Daniel Sturridge.

Jordan Henderson moves back to the holding midfield role due to Emre Can‘s injury. Georginio Wijnaldum returns to the midfield three, along with Adam Lallana.

Ragnar Klavan misses the game due to injury; Lucas Leiva is therefore the backup centre-back on the bench – despite having only just returned to injury and having played 45 minutes for the under-23s at Arsenal last night.

Divock Origi and Marko Grujic are among the subs.