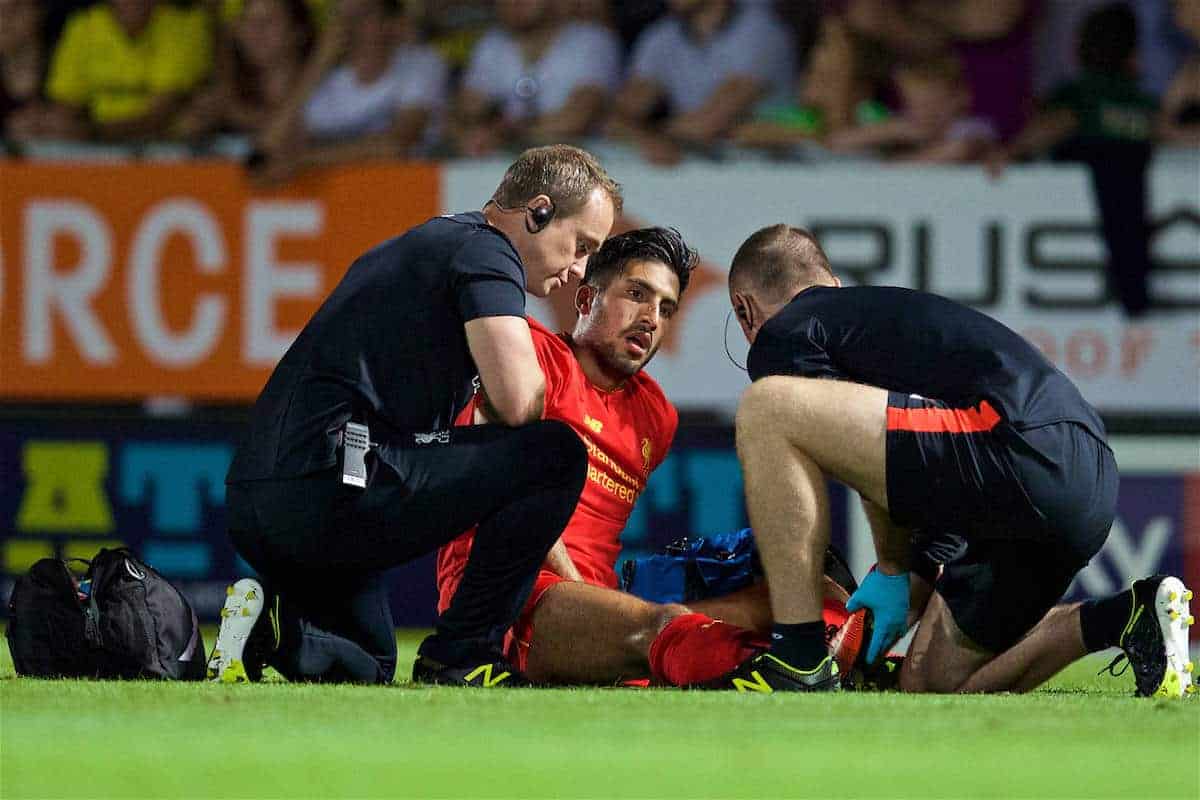 Liverpool manager Jurgen Klopp says that both Emre Can and Divock Origi could miss Saturday’s Premier League clash with Tottenham.

Tuesday’s 5-0 win over Burton in the League Cup second round brought many positives, but injuries to the duo dampened the mood a little.

Can went down clutching his ankle in the second-half, and although he managed to play on for a short while, he was eventually replaced by Kevin Stewart.

Origi, meanwhile, suffered cramp late in the game, with the Reds having to play the final stages at the Pirelli Stadium with 10 men.

In his pre-Spurs press conference, Klopp confirmed the midfielder and striker could both miss out for the trip to north London this weekend.

“A few players are a bit of a doubt, but they are not too serious,” Klopp said.

“Emre is nothing really serious but it’s his ankle, where he had a few problems in the past. He should not be out for long, but maybe the Tottenham game will come too soon.

“It’s the same with Divock (Origi). It’s nothing serious, but if you have cramp, whatever the cramp is, you need to have a look at it too.

“I’m not sure that he will be available.”

It is a potential blow to Liverpool to lose two key men, especially Can, who has become one of the first names on Klopp’s team-sheet since he took over as manager last October.

Spurs are becoming a force to be reckoned with, as they showed last season, and the Reds need as many key personnel available as possible on Saturday.

Klopp should be looking at the long-term picture, though, and risking both players would be needless this early in the campaign.