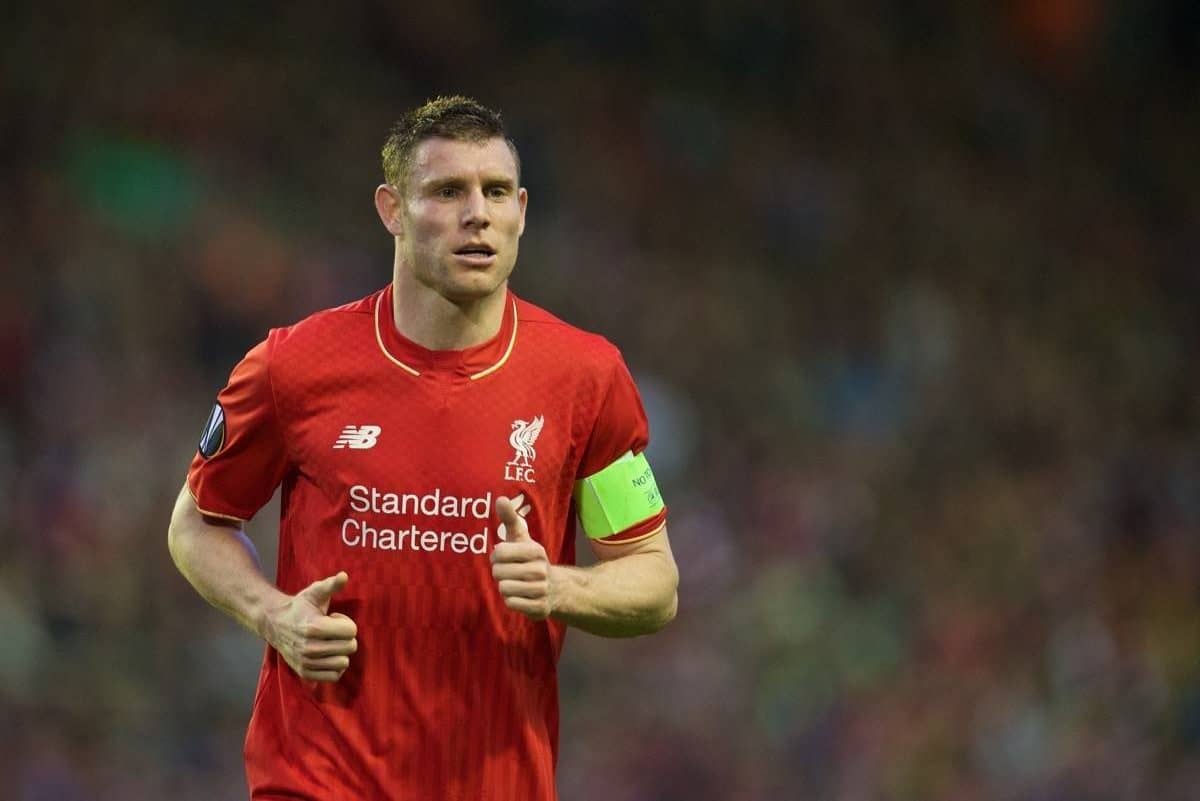 Jurgen Klopp has provided an update on the fitness of James Milner and Daniel Sturridge ahead of Sunday’s clash with Arsenal.

Liverpool kick off their Premier League campaign away to Arsene Wenger’s Gunners this weekend, with Klopp hoping to seal a strong start to the season.

After a productive pre-season, the German will be hoping his side get out the blocks quickly at the Emirates Stadium.

However, as he told reporters at Melwood on Friday afternoon, they will likely be without Milner and Sturridge—though the German was reluctant to completely rule either out of contention.

“Thank god with Milly it’s not too serious,” he said.

“When we saw him walking out of the stadium on crutches [after Liverpool’s 4-0 win over Barcelona] on Saturday…Milly on crutches is something you can’t bring together!

“In Germany we’d say he’d usually walk with one leg under his arm.

“Sunday was better, Monday even better, but it’s a bruise in the heel, and when Milly says it’s too painful, it’s not the same as the rest of the squad.

“We have to wait. We could test it each day, but in this moment I’m not sure when we should test it.

“We don’t have to ask him—we have to wait a little bit—but it’s possible he could be involved at the weekend.” “With Daniel, he could be involved today in full team training, but he missed a lot of sessions in pre-season, so we’ll use the next three, four, five days.

“As I said for a lot of players, pre-season will be longer.

“It would make sense that you extend the pre-season for these players.

“Yesterday was good, he could train today 100 percent and after this press conference I’ll decide what kind of training that will be.”

It seems unlikely that either Milner or Sturridge will feature in Klopp’s squad at the Emirates on Sunday, given the quality available throughout the Liverpool squad.

But the 49-year-old’s update serves to be a positive one, and provided the luxury of time to monitor their recovery, he can hope to welcome them back into his squad fully fit and firing soon.

Loris Karius, Mamadou Sakho, Joe Gomez and Lucas Leiva will all miss Sunday’s clash, however, but Marko Grujic and Dejan Lovren have both been passed fit to take part.