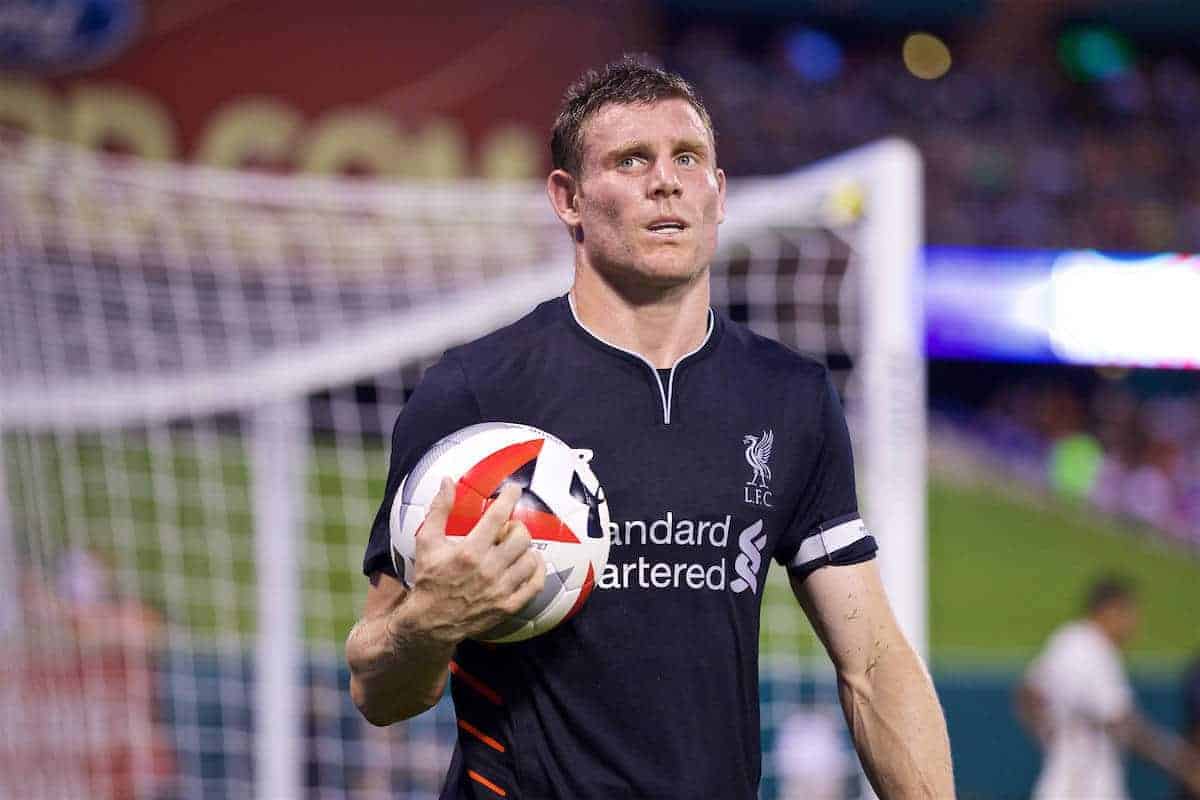 The 30-year-old suffered an ankle injury during the Reds’ 4-0 pre-season victory over Barcelona at Wembley Stadium, and was forced to sit out of their Premier League opener away to Arsenal.

While Liverpool sealed a 4-3 win at the Emirates Stadium, Moreno’s performance came under widespread criticism.

Despite this, reports on Monday night revealed that Jurgen Klopp was not looking to sign another left-back this summer.

Instead, as the Liverpool Echo‘s James Pearce claims, the German will put his faith in Milner as his first choice, starting with Saturday’s trip to the Turf Moor Stadium.

Milner has recovered from injury and is in contention to start in Klopp’s back four, in an unorthodox role for the natural midfielder.

The former Manchester City man has spoken at length about his preference to continue in midfield, but told Pearce this summer that “the team comes first, always has, always will.”

Milner will likely line up alongside Ragnar Klavan, Dejan Lovren and Nathaniel Clyne in defence, with Mamadou Sakho and Joe Gomez still out injured. The centre-back pair are both recovering from heel problems, though Joel Matip is available and could come in to replace Lovren.

Daniel Sturridge is also available for Saturday, after time out with a hip injury, leaving just Sakho, Gomez, Lucas Leiva and Loris Karius on the sidelines.

Liverpool’s clash with the newly promoted Clarets comes after a promising win in north London, and with a week’s preparation at Melwood, Klopp will be hoping his work on the training ground will benefit his side.

Without European football this season, Klopp requires fewer options within his squad—likely one of the reasons why he is reluctant to add another left-back to his selection this summer.

The former Borussia Dortmund manager clearly believes that Moreno can improve, but experimenting with Milner in this role is far from reassuring for the Spaniard.