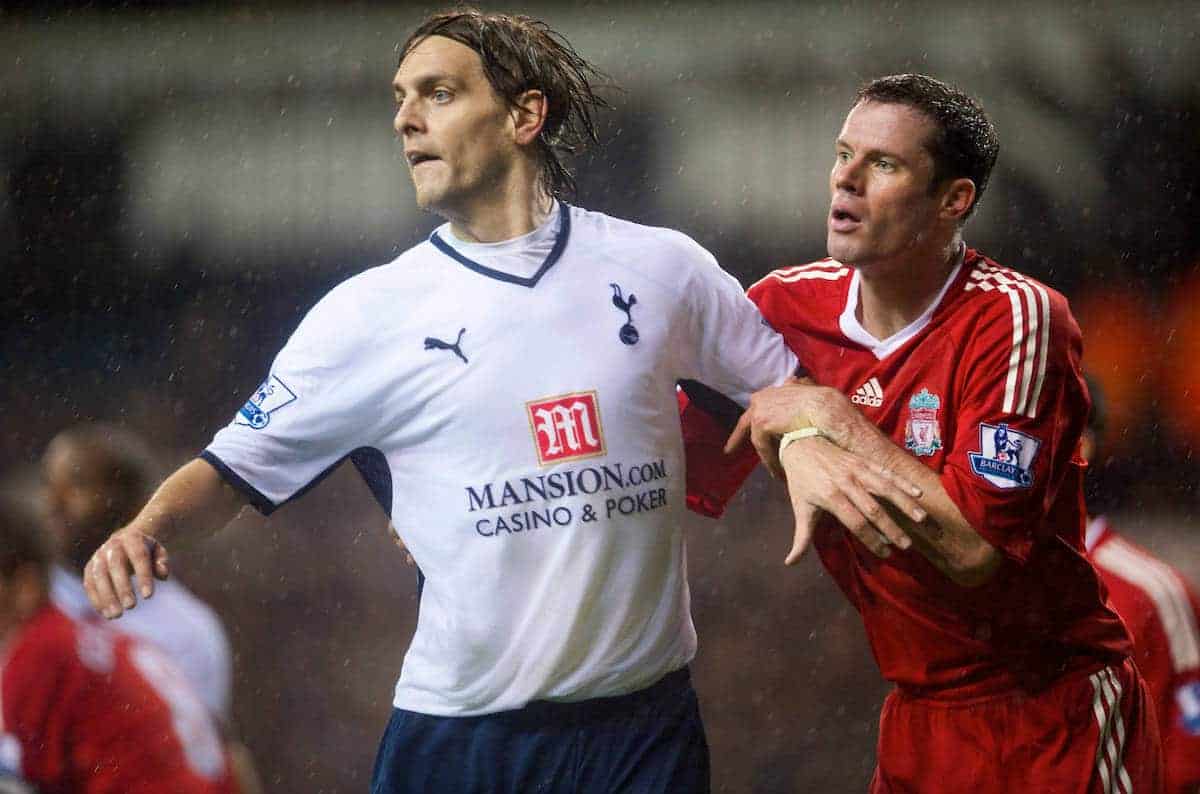 The 36-year-old, who retired this summer after an 18-year senior playing career, has arrived as part of the Reds’ scouting department, and will be based in Spain and Portugal.

This sees Woodgate return the country that saw him turn out for La Liga giants Real Madrid between 2004 and 2007.

Woodgate was a cultured, intelligent centre-back whose career was miserably hampered by a number of injuries, limiting his appearances for the England national team to just eight.

Now, however, he will turn his attention to finding the latest talent to furnish Jurgen Klopp’s Liverpool squad—though the German will be hoping acquisitions from Woodgate’s catchment area are more successful than those made of late.

Only Moreno has established himself as a first-team regular, while there remain question marks over the left-back’s ability.

Furthermore, while Alberto, Markovic and Ilori are still with the club, the trio are widely believed to be on their way out this summer.

Aspas, Teixiera, Cissokho and Manquillo have all left Liverpool, with only the departure of the latter, whose two-season loan from Atletico Madrid was controversially terminated by Brendan Rodgers in 2015, can be considered a major disappointment.

Of the eight players signed by Klopp during his time at Anfield so far, four have arrived from Germany, three from England and one from Serbia, highlighting his approach to the market.

But in recent weeks Liverpool have been linked with a number of players from Spain, including a loan move for Real Madrid teenager Martin Odegaard and a £33 million bid for Sporting CP’s Portugal international midfielder Joao Mario.

Neither, however, are likely, but Woodgate’s arrival suggests Klopp is widening his search for future reinforcements.