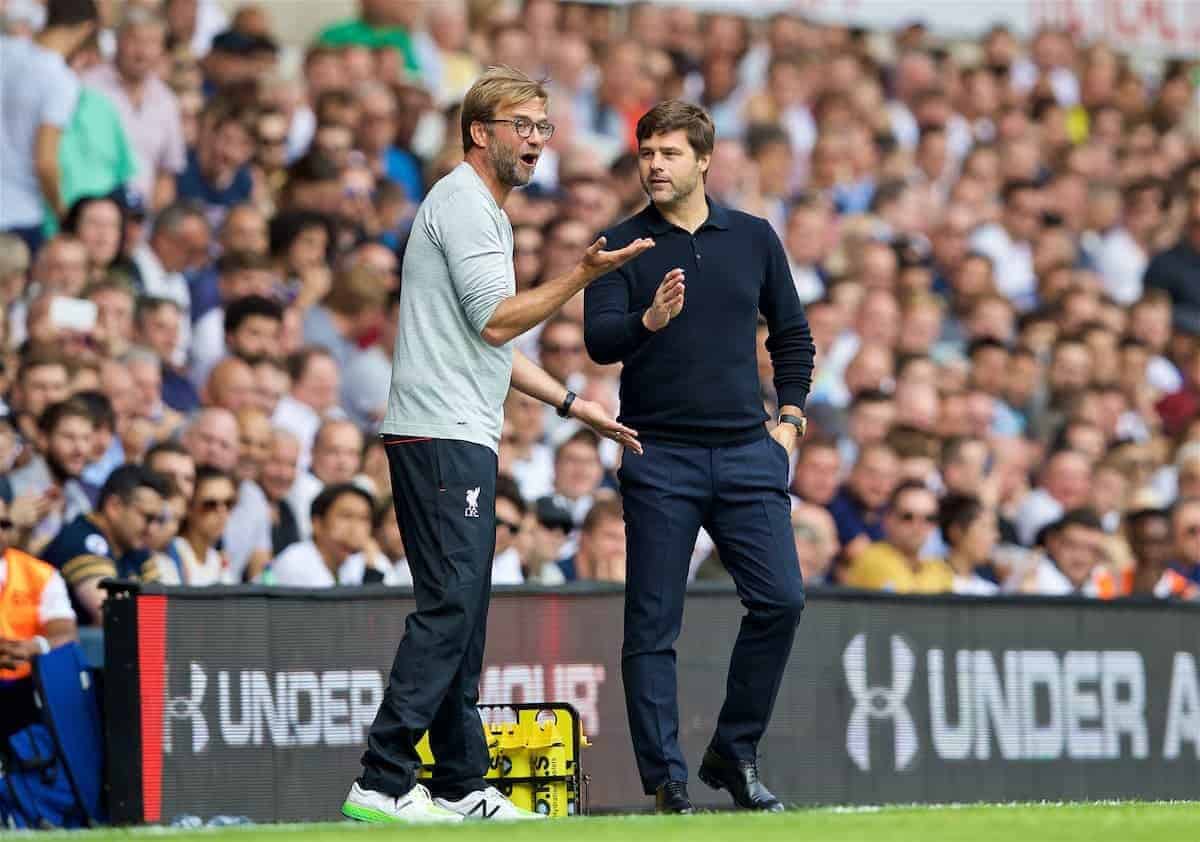 Jurgen Klopp insisted Liverpool missed the opportunity to secure a second Premier League victory of the season after drawing 1-1 with Tottenham at White Hart Lane.

James Milner, playing in the unfamiliar position of full-back, rifled home the opener from the penalty spot before Sadio Mane unjustly had a goal disallowed for off-side as the Reds pushed for a second.

Spurs were in danger of being over-run as the visitors created a series of chances, but they struck back through Danny Rose in the second half and finished the stronger team.

“I still feel a little bit disappointed when we play like this because we could have won the game. We made one mistake in and around the goal for their goal,” Klopp said.

“We had chances and even one in the 92nd minute. This game showed again what we can do and how we can play.

“I wish we could have won it. We have to accept the point and that’s not a problem because it’s Tottenham.

“It feels worst now than the last time we were here last season. Simon Mignolet saved our lives then, now he had one brilliant save. Michel Vorm saved them a few times.

“Of course the players know they should score. Tottenham is not a game you win by four or five goals.

“They are a good defensive team so it’s very difficult to create one chance, but we had a few.

“That’s a good sign and it’s something we take for our future. In the end we have to accept the result.”

When told Adam Lallana was not offside for Mane’s goal, Klopp replied: “Oh my God! What can I say? It was a wonderful goal. Brilliant play. What can I say, it’s not too good, but it happened.”

Spurs boss Mauricio Pochettino insists Kyle Walker’s substitution in the 28th minute due to illness had a significant impact on his team.

Pochettino was unable to say whether the illness would rule Walker out of the first England squad named by Sam Allardyce on Sunday.

“I think we started well. After 15 minutes we had a problem with Kyle Walker who was sick. We had to change a bit our plan and started to play with two strikers,” he said.

“And it was true that at half-time it was a deserved 1-0 to Liverpool and the second half we raised our performance levels.

“We played not well but better – we competed a lot, which is important so I am pleased.

“It is true we wanted to play a little bit long but we started to make some mistakes. We knew Liverpool are a team that like to run into space.

“But then we had the problem with Walker and we had to take more risks in the second half. They had chances to win the match but we played much better.

“The effort was fantastic and the character we showed. When you play a team who like to play on the counter attack you must take some risks. In the end a draw was a fair result.”