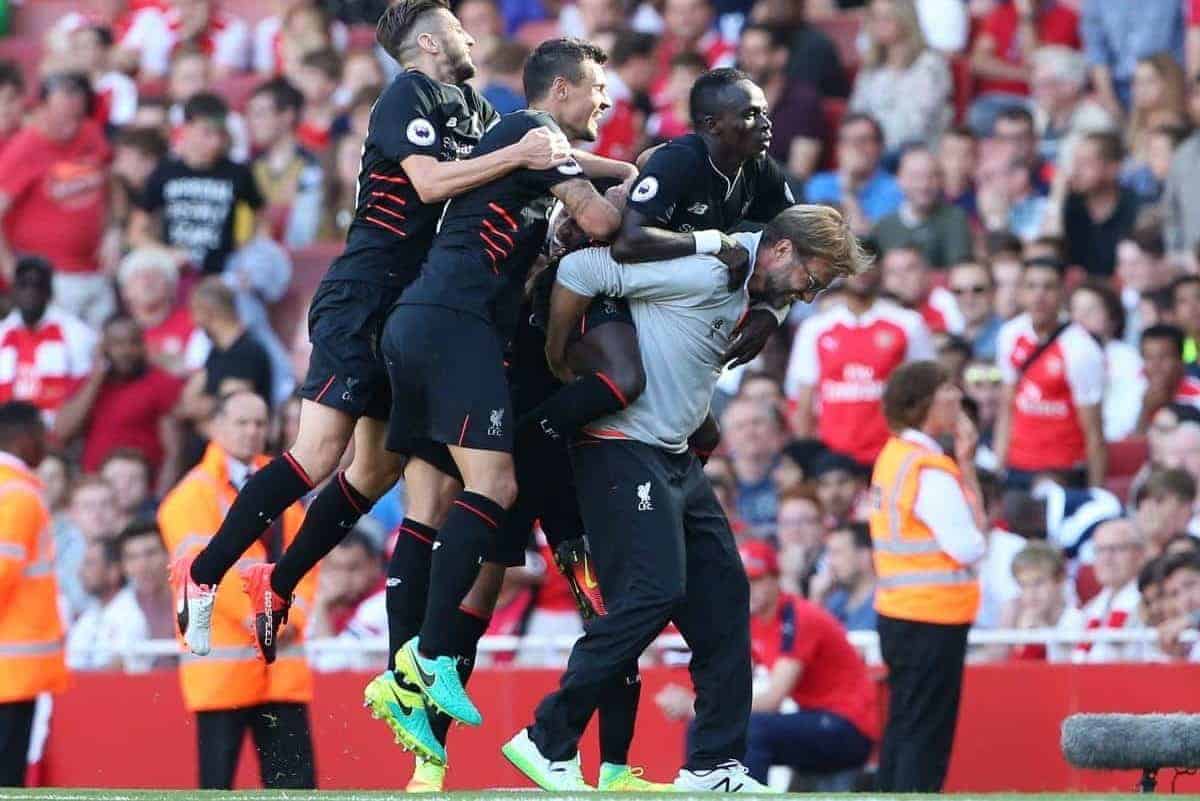 Liverpool boss Jurgen Klopp believes he made a mistake by celebrating with his players after their fourth goal at the Emirates Stadium on Sunday as the Reds won a thrilling seven-goal encounter against Arsenal.

Klopp was mobbed by his players as Sadio Mane leapt on his back after firing Liverpool 4-1 up – with Arsenal‘s attempts at staging a comeback unsuccessful as the visitors began their Premier League campaign with a 4-3 win.

Theo Walcott missed a penalty only to open the scoring for the Gunners 69 seconds later, with Liverpool levelling on the stroke of half-time through a tremendous Philippe Coutinho free-kick.

Adam Lallana turned the game around with Coutinho adding a third before Mane’s individual effort led to Klopp’s wild celebrations. But, after hanging on as Alex Oxlade-Chamberlain and Calum Chambers reduced the deficit, Klopp admitted he may have overdone it with his joviality.

“Scoring four goals is wonderful, conceding three is the opposite of emotions,” he said.

“We didn’t start well in the game. We were not really good, asked for the goal and we got it.

“A genius shot of Phil. I was really happy about having half-time because we could speak about everything. Our mistakes were so big it was so easy to talk about so we changed our way of defending and showed them where the spaces are.

“We came out and scored wonderful goals and then I made the big mistake and got involved in the celebrations.

“That will happen hopefully one or two times in my life but not so early in the game because it was the wrong sign for all of us, it felt for everyone in this moment like ‘that is it’.

“Then you look on the watch and see there is still half an hour to go and that is not too good. The crowd was a bit angry obviously and Arsenal fought back and showed character and scored the goals.”