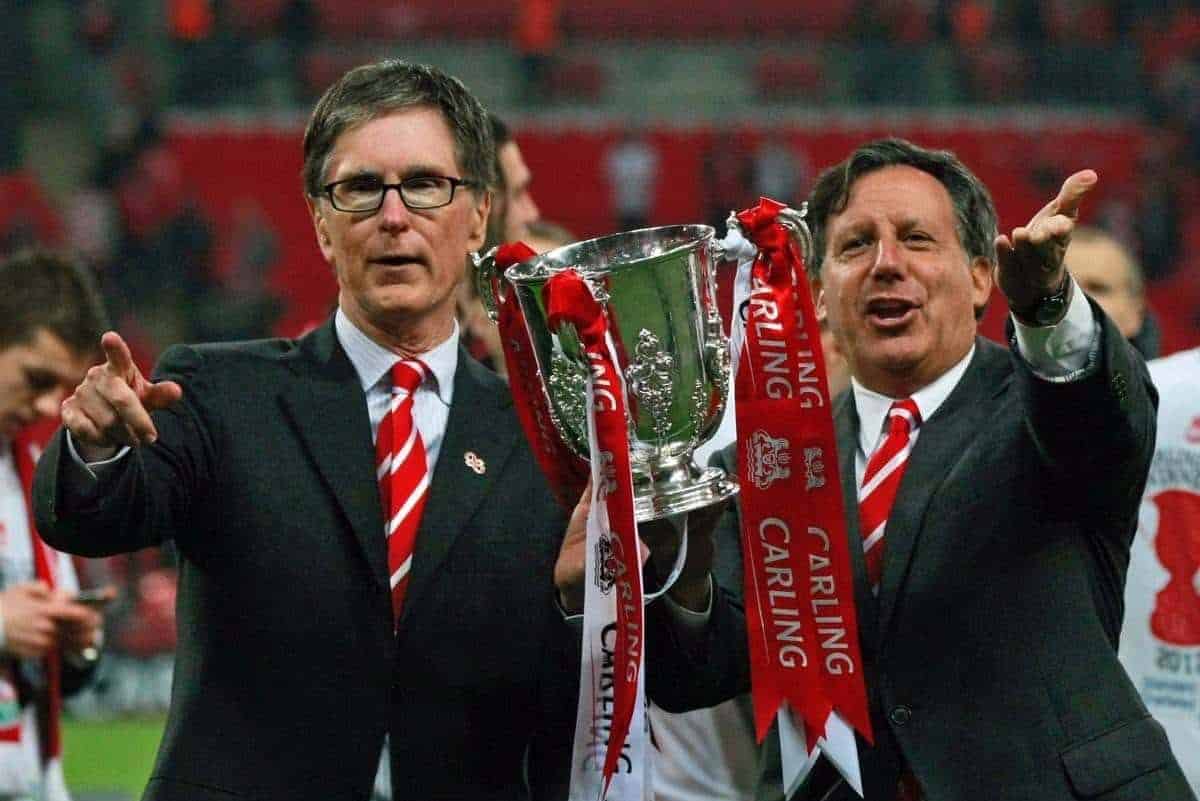 Liverpool chairman Tom Werner is adamant the club is not for sale.

There has been regular speculation about offers being made to Fenway Sports Group in the last 18 months and as recently as April a report claimed Chinese company SinoFortone, backed by the national government, had made a £700million approach.

Reds officials privately dismissed the credence of that and Werner has now publicly re-stated FSG’s intentions, or rather the lack of them.

“We’ve said it before and I’d like to say it again: this club is not for sale,” the American told the Liverpool Echo.

“I’d say that from time to time somebody says they have made an offer to us but they are really saying that just for publicity.

“People throw offers to us which we don’t think are real. We haven’t had a discussion or a negotiation with anyone because this club is not for sale.

“If someone wants to write us a letter saying they want to buy the club then it will get put in the garbage.

“I don’t think that we could have made a long-term arrangement with Jurgen (Klopp, the manager who signed a new six-year contract this summer) without an understanding on both sides about our future together.

“We’ve said in the past, under the right conditions and absolutely with the right partner, we could look at some small investment stake in the club but only in the framework of doing what would be in the club’s long-term best interests.”