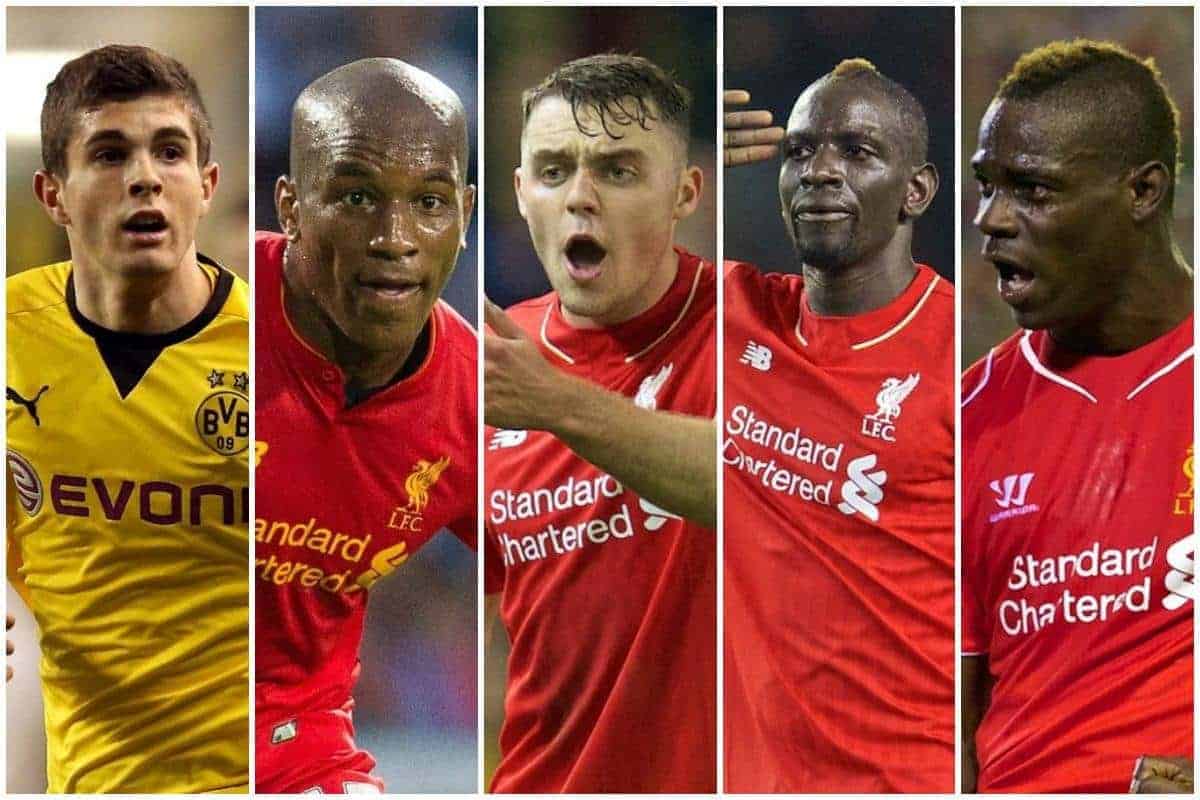 Another summer transfer window is done and dusted, and for Liverpool fans, the much-publicised deadline day was a rather predictable damp squib.

Let’s be honest, we weren’t really expecting much excitement, and that is exactly how things panned out on Wednesday.

There were no last-minute signings, with manager Jurgen Klopp very much sticking to his word and trusting the players he now has at his disposal.

Perhaps the biggest talking point of the day was Mamadou Sakho staying with the Reds, despite Klopp’s best efforts to make the Frenchman go out on loan.

With Liverpool-related news so quiet, it was down to Everton to provide the late-night entertainment, having missed out on Moussa Sissoko to Tottenham:

A part of me hopes that Koeman hasn't checked the news and is still ringing Sissoko, hoping he gets signal to pick up soon.

What about the billionaire owner??? ? https://t.co/C7UNt5hxq8

There was still plenty to be said about Liverpool, though, in particular Balotelli’s woeful spell as a Reds player:

We craved Klopp & his BVB model
First thing he did at Dortmund was to clear out his squad in 1st summer.
He's done the same here
Fine by me

Shame to see Lazar Markovic leave Liverpool as I think he can be a seriously good player on his day, but didn't get to see enough at #LFC.

I for one am glad the circus of the window is over & focus can be on football until it starts again in Jan. #LFC.

Looking back, Mane was a bargain. Probably 50 million by now.

On a day of absolutely ridiculous rumours Daniel Sturridge to Arsenal on loan takes the biscuit. #LFC

I think, on my imaginary list of people I'd sign to replace Suarez, I'd put Balotelli somewhere between William Hague & Mick Hucknall.

Given output, attitude, who he replaced & wages, Balotteli one of the worst signings in Liverpool's history. The worst I'd suggest ….

#LFC If net spending is anything to go by LFC will be in bottom 3 for this season. Let's focus on the positive. Klopp The Builder not buyer

Klopp obviously feels he can coach Moreno into being a decent left back plus we've got Gomez coming back soon. Got to trust the guy.#LFC

Glad the transfer window is closed. Let's just get behind the players we have and hope we play to the level we know we are capable of!

We craved Klopp & his BVB model
First thing he did at Dortmund was to clear out his squad in 1st summer.
He's done the same here
Fine by me

Glad that Sakho is staying to fight for his place at #LFC. Whether or not he plays for the club again remains to be seen.

Surprised there were no loans for Maguire, Brewitt, Brannagan, Chirivella and Williams, but guess #PL2 is more competitive now. #LFC

In total, Liverpool signed six players this summer, plus Marko Grujic from loan. The Reds sold 12, loaned out 12 and released nine, including academy players.