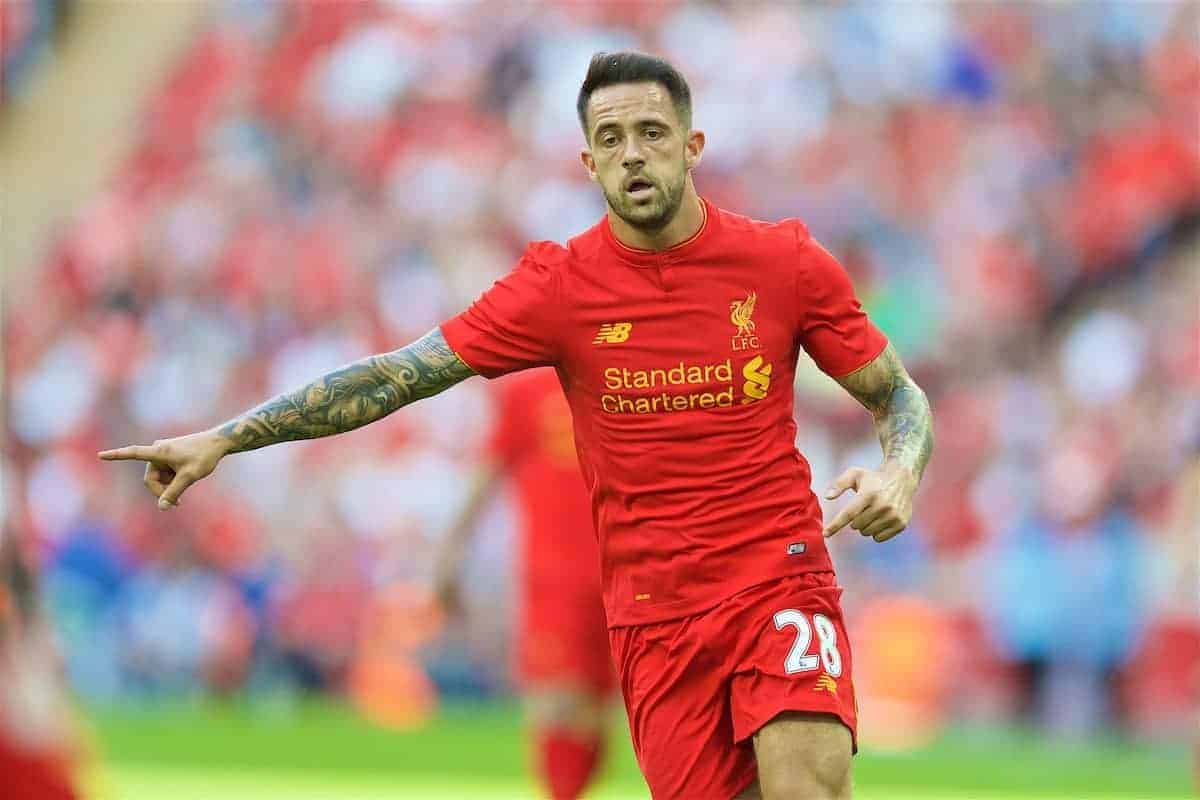 Liverpool striker Danny Ings has been the subject of a failed loan bid from Premier League strugglers Sunderland.

Ings is currently returning to full fitness after a nightmare ACL injury, and is yet to make an appearance for the Reds in 2016/17.

However, the former Burnley forward is very much part of Jurgen Klopp‘s plans for the campaign, and this was underlined as Sunderland looked to make a late bid to sign him on loan.

According to the Telegraph, the Black Cats saw their offer rejected immediately, will Klopp envisioning a first-team role in 2016/17.

Sunderland are believed to be one of a number of clubs interested in signing Ings, but Klopp is set to resist any further advances.

Ings finds himself challenging the likes of Roberto Firmino, Daniel Sturridge and Divock Origi for a starting role in attack this season, though his ability to operate on the flanks could boost his chances.

Klopp has seen an £11 million bid for Borussia Dortmund attacker Christian Pulisic fall on deaf ears, with the German’s former club not looking to sell the 17-year-old this summer.

Therefore, Ings’ chance may come out wide, with his industry and intelligent movement likely aiding him in this alternative role.

Ings will be hoping to take part in the Reds’ first home game of the season, against Leicester City on September 10, having the benefit of further training under Klopp during the international break.

Liverpool have arranged a behind-closed-doors friendly clash with Huddersfield Town for the interval, and Ings is among the players expected to take part.

Ings made his first appearance under Klopp on the final day of the 2015/16 Premier League season, coming on as a second-half substitute in May’s 1-1 draw away to West Bromwich Albion.

Klopp has regularly praised the 23-year-old’s commitment and application, and his faith in Ings is unwavering.

The onus is now on the Englishman to repay this when he finally makes it back out onto the field.