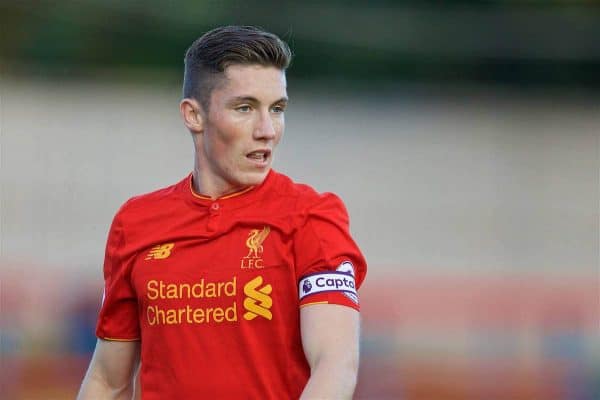 The Liverpool U23s continued their Premier League 2 campaign with a 4-1 defeat away to Chelsea on Monday night.

Michael Beale’s side suffered a similar loss to Southampton last weekend as they kick-started the season and a resilient defensive display wasn’t enough to keep the Blues out as Liverpool suffered their second setback of the season.

A 15-minute spell in the second half saw four goals converted and a penalty saved as the game suddenly burst into light.

Chelsea took the lead on the hour through Josimer Quintero before Liverpool’s captain Harry Wilson netted an equaliser within two minutes of conceding.

Soon after, however, Mason Mount was on hand to add a second for the Blues.

Liverpool goalkeeper Kamil Grabara produced a superb save to deny Chelsea a third in quick succession, but shortly after producing heroics the 17-year-old fumbled a high ball in the six-yard box, with Chelsea‘s Dujon Sterling there to tap in.

Academy veteran Jordan Williams produced a solid display in defence during the first half as Liverpool were up against a strong Chelsea side throughout.

There were some familiar pre-season faces in the starting lineup, too, as Cameron Brannagan and Ben Woodburn also made appearances for Liverpool—but their inclusion wasn’t enough to break down the home side.

The Blues lined up in an unconventional 3-4-2-1 formation and Liverpool’s midfield struggled to deal with the threats of Chelsea‘s wing-backs.

The home side looked stronger in the opening exchanges and had a few opportunities to shoot on goal but none really troubled Grabara, who did well throughout the game.

Wilson and Adam Phillips had to battle hard in midfield and did well in their attempts to stymie Chelsea‘s possession.

But the young Reds’ defence were caught out of position on occasions and the pace of Chelsea‘s forwards caused problems throughout the game, with Ike Ugbo rounding off a dominating display for Chelsea.

There were still plenty of positives for Liverpool, though, who were simply outdone on the day by one of the best teams in the league.

Beale’s side next face Arsenal on Friday evening as they hope to record their first win of the season and put some points on the board.