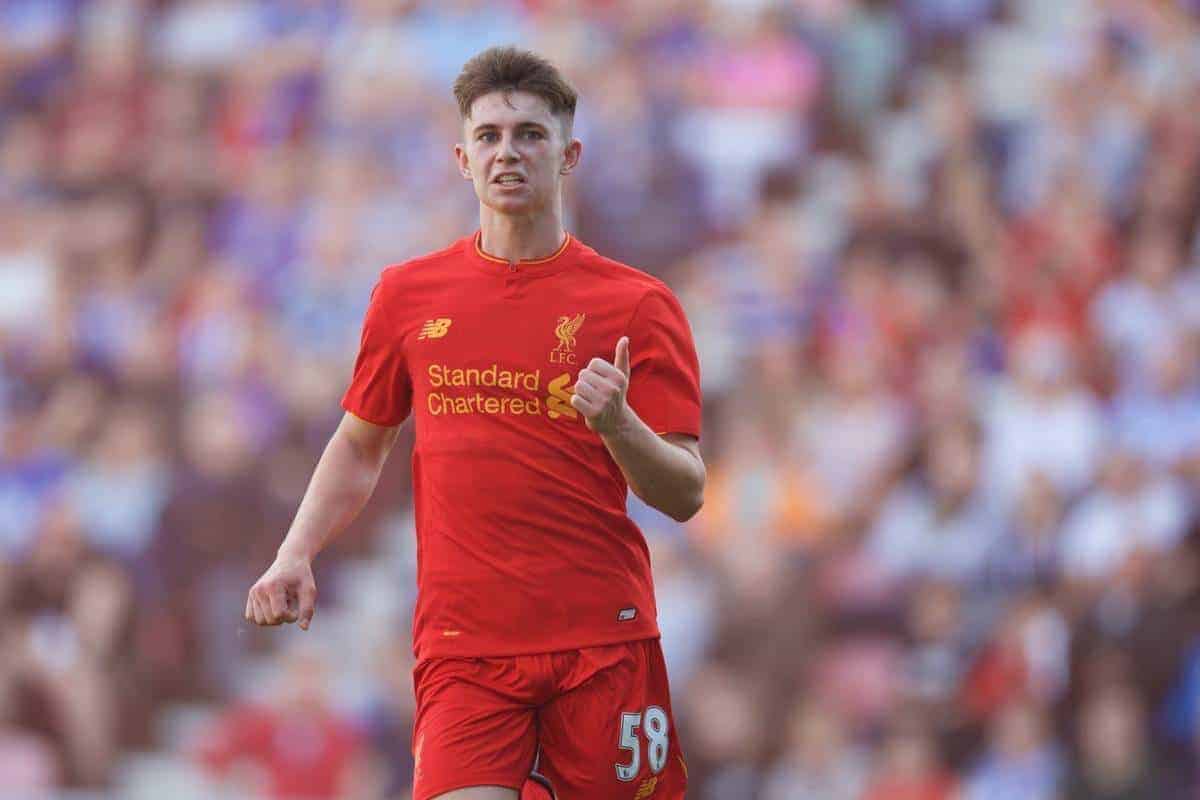 The Liverpool U23s concluded their summer preparations with a 3-1 pre-season victory away to League One side MK Dons.

The Reds organised their final summer friendly as a major test of their credentials, and their trip to Stadium MK proved to be a positive one.

Michael Beale named a strong starting lineup, with his squad bolstered by a trio of 16-year-olds in Ben Woodburn, Rhian Brewster and Liam Coyle, providing a hint of what is to come in 2016/17.

Irish goalkeeper Caoimhin Kelleher kept his place between the sticks, behind a back four of Kane Lewis, Tom Brewitt, Juanma and Joe Maguire.

Following Jack Dunn’s loan move to Morecambe, Beale fielded Woodburn and Toni Gomes alongside Harry Wilson, with the youthful duo likely to step up from the U18s this season.

Starting brightly, Liverpool had netted the first goal within four minutes, with Wilson following up good work from Gomes and Woodburn to fire past David Martin.

The young Reds continued to dominate, with Martin forced into some strong saves to deny both Gomes and Woodburn, while the Dons pushed forward whenever possible on the counter, with Kelleher holding firm.

Returning from the interval, Beale’s side piled on the pressure, with the Dons forced into a backs-to-the-wall defensive effort, clearing deliveries from Lewis, Phillips and Virtue in quick succession.

After Martin made a great save to deny Virtue on 59 minutes, substitute defender Conor Masterson notched the Reds’ third of the night, beating Martin’s replacement, Charlie Burns, one on one.

Kabongo Tshimanga grabbed an consolation effort 10 minutes later, but it was too little, too late for the Dons.

After recent wins over Rhyl FC, Celtic and Morecambe, the U23s can head into the new season in confident form.

Beale’s new-look side take on Southampton at Tranmere’s Prenton Park in their first fixture of Premier League 2 on August 14, with the likes of Woodburn, Phillips and Gomes set to star.