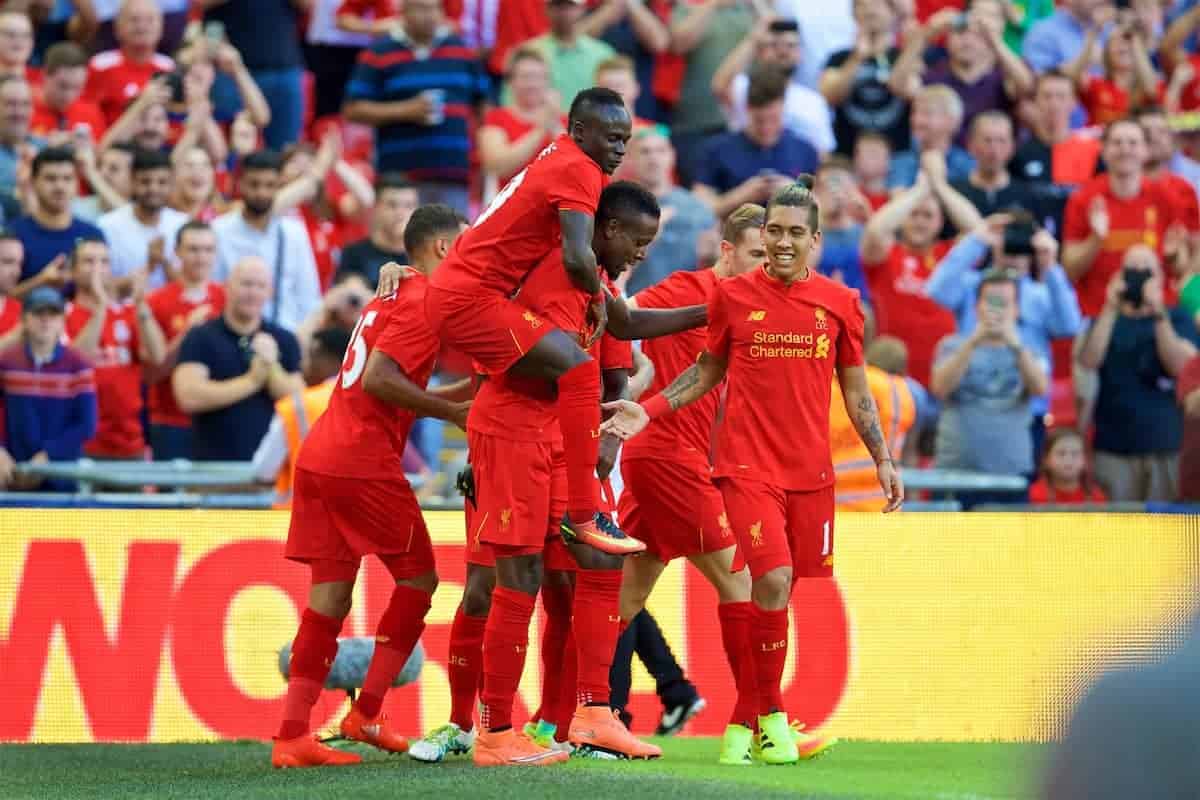 With pre-season preparations now finalised for Jurgen Klopp and his squad, we take a numerical look at Liverpool’s hectic summer exploits.

The Reds’ first pre-season programme under Klopp has come and gone, and it was certainly the most intense warm-up schedule for years at Anfield.

Preparations have proved productive ahead of next Sunday’s kick-off at Arsenal, but before attention fully turns to the Emirates Stadium trip, here’s a look at Liverpool’s summer exploits in numbers.

The Reds played nine games this summer, making for their most active pre-season schedule in years.

The amount of goals the Reds scored in their warm-up fixtures, with Danny Ings notching the first against Tranmere and Marko Grujic netting the last against Barcelona. Klopp used a whopping 39 players during pre-season, utilising his senior and younger players throughout the schedule.

The number of games Liverpool won and the amount of clean sheets Klopp’s side kept in their nine friendlies.

Liverpool’s biggest win of pre-season was a 5-0 success over League One Fleetwood Town, where Marko Grujic, Ben Woodburn, Lucas and Roberto Firmino got the goals.

This was also the number of new grounds the Reds played this summer – featuring for the first time at Fleetwood Town’s Highbury Stadium, the Rose Bowl, Levi’s Stadium, Busch Stadium and Mainz’s Opel Arena.

Liverpool won all of the five friendlies played on home soil this summer without conceding a single goal in any of those games.

Grujic and Firmino finished as Liverpool’s joint-top scorers of pre-season, both netting three goals each in the friendly games.

The huge attendance and number of Liverpool fans that flocked to Wembley to see the Reds hammer Barcelona 4-0 – the second highest crowd ever at the redeveloped Home of Football.

16-year-old Ben Woodburn was the youngest player to feature for the Reds this summer, impressing instantly by scoring against Fleetwood Town and Wigan.

Liverpool scored just one of the three penalties they were awarded in the friendlies, with Alberto Moreno the only man to convert a spot-kick – that coming in the win over Huddersfield. The number of new signings who have featured for the Reds in pre-season – with Loris Karius, Alex Manninger, Joel Matip, Ragnar Klavan, Grujic, Georginio Wijnaldum and Sadio Mane all taking part.

This is also the number of goals Liverpool conceded during pre-season, with four of those coming in the final clash against Mainz. The amount of minutes academy goalkeeper Shamal George comically played as a striker in the 2-0 win against Huddersfield, as Klopp chucked the stopper up front following injury to Lucas Leiva and no further subs being available.

The number of different goal-scorers for the Reds in pre-season, which includes awarding Jordan Henderson the second goal at Wembley against Barcelona.