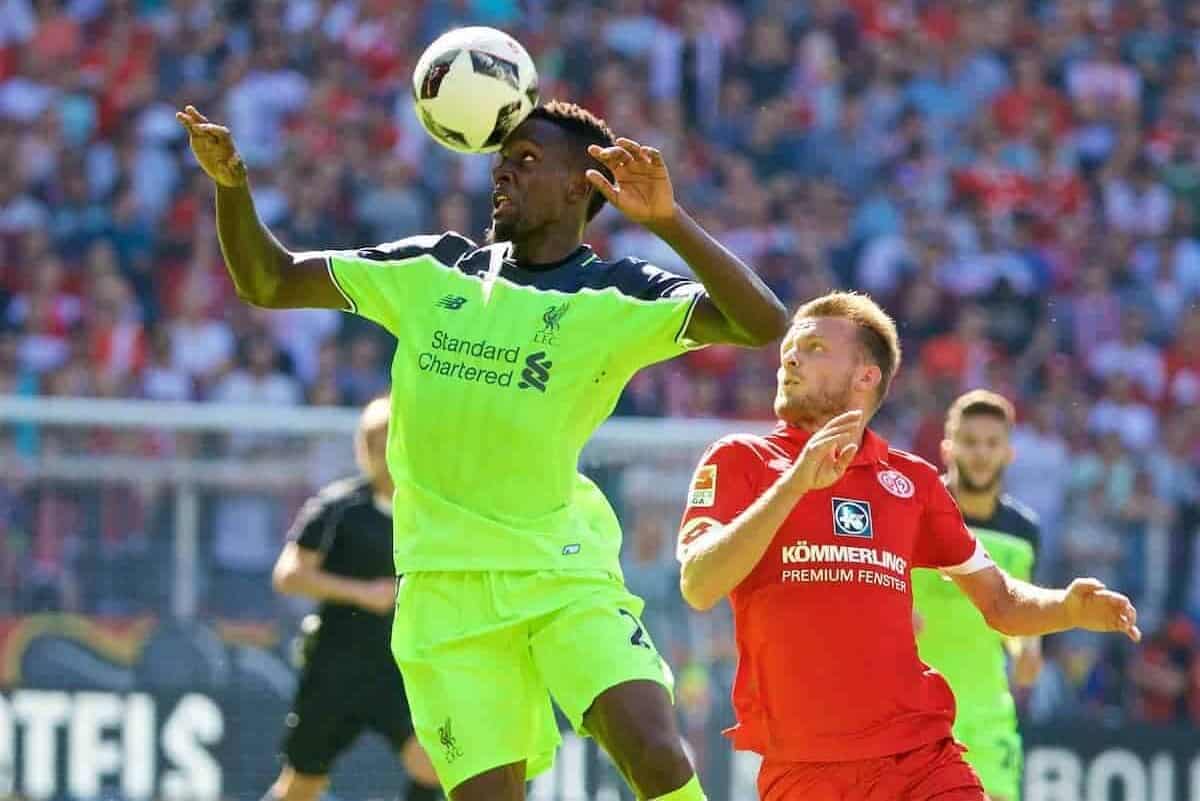 Liverpool were soundly beaten 4-0 by Mainz on Sunday afternoon, in their final pre-season game of the summer, and here we assess the Reds’ performance in Germany. The veteran could arguably have done a little better for Jhon Cordoba’s strike before half-time, but that is being overly critical.

Apart from picking the ball out of his net, he was never really called upon at any point.

The youngster has been one of Liverpool’s standout players in pre-season, and he was a lively presence down the right in the first half.

One delightful first touch allowed him to maraud down the right, and he did little wrong during his 45 minutes on the pitch. Wisdom has failed to look the part this summer, and he was again part of a defence that leaked four goals in Germany.

One important block in the second half helped keep the score at 2-0, but he was otherwise a little unconvincing, and conceded the penalty that saw Mainz take the lead. Liverpool’s new recruit made a decent start to the game, bringing the ball out from the back and spraying a nice pass to Alexander-Arnold.

His performance went downhill as the match progressed, however, passing one ball needlessly off for a corner, and not covering himself in glory for Mainz’s fourth goal.

This was a chance for Moreno to prove his worth, with James Milner injured, but he again proved to be an erratic presence at left-back.

This was far from the dominant Can that we have grown to love, and he was caught in possession a couple of times in the first half.

Replaced at half-time by Kevin Stewart.

Like Can, the Liverpool skipper was a forgettable presence in the middle of the park, with a disappointing free-kick and corner showing a lack of technical quality.

The 26-year-old did work hard, as usual, but struggled to impress. The Reds’ goalscoring hero against Barcelona was quiet against Mainz, barring one pass to feed Divock Origi, and an ankle injury ended his game before half-time.

Hopefully it’s not too serious, having done so well since joining from Red Star Belgrade.

Having started against Barcelona at Wembley, Adam Lallana looked a little jaded in Germany.

The 28-year-old was at fault for Mainz’s second goal, losing the ball in the middle of the park, and his usual spark deserted him throughout.

Despite trying to get into the action and looking confident, the exciting teenager was barely involved, prior to his substitution at the interval.

This summer should be looked upon fondly by him, though.

The usual endeavour was there for all to see from Origi, but he looked leggy after his exploits against Barcelona.

One shot wide proved to be one of Liverpool’s few efforts on goal.

The Englishman had a goal correctly ruled out for offside, but he was otherwise a peripheral figure, like a number of his team-mates.

The right-back offered less attacking spark than Alexander-Arnold, but was more solid than some of his more experienced defensive colleagues.

A disappointing display from the defensive midfielder, who looked positionally questionable at times, and lost possession cheaply.

Barring one slack pass, Brannagan was solid rather than spectacular. He will thrive out on loan this season.

A proud moment for the 17-year-old, who made his Liverpool debut, but he made little impression—apart from a lovely touch when the ball had gone out of play.

Did nothing wrong on his Reds debut, which is worthy of praise.

The Dutchman didn’t really have enough time to stamp his mark on proceedings.

Couldn’t get into the game at all.

This match must have felt a little like a chore to Klopp, although returning to his former club was no doubt a proud occasion for him.

He simply had to field a different team to the one that started on Saturday, and considering the number of youngsters used, he should not be judged.

Liverpool have an exceptional manager in charge, and he will be raring to go ahead of the new Premier League campaign.