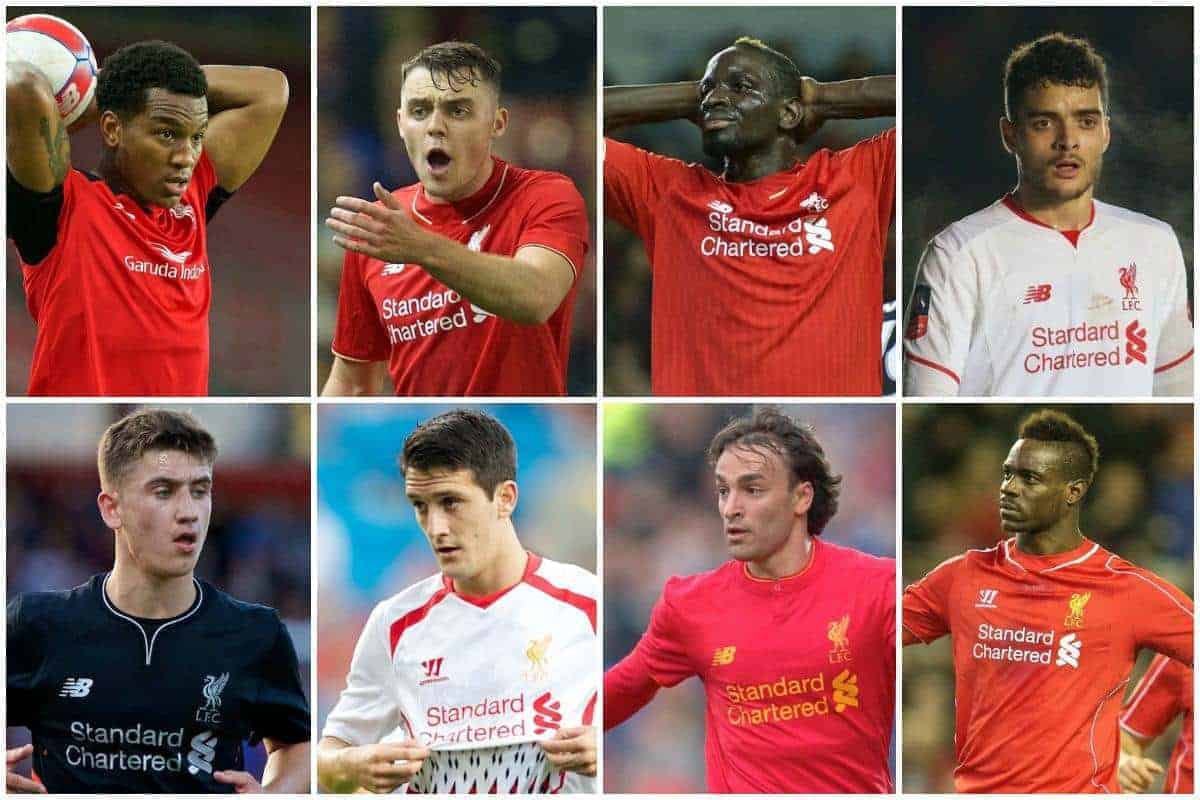 Liverpool are likely to sanction a number of departures before the summer transfer window closes on August 31.

The Reds have already seen 10 first-team players leave the club this summer, along with agreeing a further 10 loan deals, and this is set to continue before Wednesday’s deadline.

Jurgen Klopp has previously expressed his belief that his squad is too big, largely owing to a lack of European football in 2016/17.

More players are likely to leave before 11pm on Wednesday night, and their suitors are becoming clearer by the hour.

Here are possible destinations for eight Liverpool players set to leave the club before the transfer window closes.

At 23, and having amassed just 22 senior appearances for the Reds since his move from Bradford City in 2008, Andre Wisdom’s time on Merseyside looks set to come to a natural conclusion.

Despite utilising the versatile defender heavily throughout pre-season, Klopp has since demoted Wisdom into a marginal role in his squad, limited to training under the German at Melwood.

After unsuccessful loans with West Bromwich Albion and Norwich City, Wisdom would benefit from a change of scenery.

Moving to Scotland would provide this opportunity to prove himself, and Brendan Rodgers’ Celtic are believed to be the frontrunners in the race to sign Wisdom this summer.

Another defender on his way out before August 31 is likely to be Mamadou Sakho, with the French centre-back falling out of favour under Klopp this summer.

Sidelined following a UEFA anti-drug charge in April, and hampered by niggling injuries ever since, Sakho’s lowly position was reinforced as Klopp sent him home early from Liverpool’s pre-season tour of the US.

While the official line is that Sakho has been made available for loan in order to re-establish himself as an option for Klopp in the future, in all likelihood this is the first step towards a permanent exit.

Sakho has already turned down moves to Stoke City and West Brom, however, and with Roma already well stocked in terms of centre-backs, a loan spell with Bayer Leverkusen seems most likely, with the Bundesliga side having previously held an interest in the 26-year-old.

Since a £7 million move from Sporting CP in 2013, joining the Reds alongside Sakho, Tiago Ilori has struggled to impose himself on the Liverpool first team.

He has spent time away from the club on loan with Granada, Bordeaux and Aston Villa, but this summer the Portuguese is poised to secure a permanent departure, closing off a muted spell.

Olympiakos, Eintracht Frankfurt and Freiburg are all reported to be interested in signing Ilori, with Liverpool valuing the 23-year-old at £3 million.

But with Granada also exploring their options ahead of a possible move, a return to the Estadio Nuevo Los Carmenes could be the most attractive prospect for the bright young talent.

Some of Klopp’s most high-potential youngsters have left Liverpool on loan already this summer, including Danny Ward and Allan Rodrigues, and more are likely to follow before close of play on August 31.

One such player could be right-back Connor Randall, with the 20-year-old finding his opportunities limited following the Reds’ failure to qualify for European football for 2016/17.

Behind the freakishly fit Nathaniel Clyne in the right-back pecking order, Randall would benefit from a loan move this summer, and he won’t be short of suitors.

Preston North End have been reported to have made an enquiry as to Randall’s availability, but with Wigan Athletic also expressing an interest, a move to the DW Stadium could be more likely.

Cameron Brannagan was all set to join Wigan earlier in the transfer window, but the move broke down due to a reported discrepancy between the two clubs over guaranteed playing time.

The midfielder has since dropped into Michael Beale’s U23 squad, highlighting his peripheral role under Klopp in 2016/17.

Brannagan is primed for a bright future on Merseyside, but seems set to leave on loan due to the competitive nature of Klopp’s squad, with Marko Grujic, Adam Lallana and Georginio Wijnaldum further options in the Reds’ midfield three.

A switch to League One may be required, given Liverpool’s eagerness for their loanees to play at least 75 percent of their loan club’s games, and Sheffield United would provide a solid base.

After failing to impress Klopp on the training ground this summer, and having seen his progression stalled by a disappointing loan spell with Fenerbahce last season, Lazar Markovic is due another temporary move.

The Serbian winger has been courted by the likes of Schalke 04, Sporting and Fiorentina already, but Serie A side AC Milan may be his most likely destination.

Milan need an injection of pace in their attacking ranks, and having expressed an interest in signing Markovic this summer, the 22-year-old could be an ideal signing.

Leaving Liverpool again would be a disappointment for Markovic, but he is unlikely to be given the game time at Anfield in 2016/17. Like Markovic, Luis Alberto found himself surplus to requirements under Klopp this summer, failing to make a single appearance during pre-season despite a lack of options in midfield.

Alberto has remained at Melwood for first-team training, but has long been pencilled in for a departure.

After a move to Sevilla broke down earlier in the summer, Valencia, Queens Park Rangers, Aston Villa and Wolverhampton Wanderers emerged as potential suitors, but it was Serie A outfit Lazio who won the race to sign the Spaniard.

Liverpool have accepted Lazio’s £4.2 million bid for Alberto, with the negotiation of personal terms and a medical all that is standing in the way of his move to Rome.

Super agent Mino Raiola has endured a difficult summer searching for a new club for controversial striker Mario Balotelli, and is still yet to secure a concrete deal.

But both OGC Nice and Palermo have established their interest in the Italian ahead of August 31, with Balotelli having travelled to France for talks with the former.

Though manager Lucien Favre has expressed concerns over Balotelli’s application, Nice’s acquisition and subsequent restoration of Hatem Ben Arfa last season underlines the potential for Liverpool’s No. 45 at the Allianz Riviera.

Balotelli will likely need to take a wage cut in order to facilitate a move, and Liverpool could even agree to terminate his contract, but Ligue 1 seems a sensible battleground.