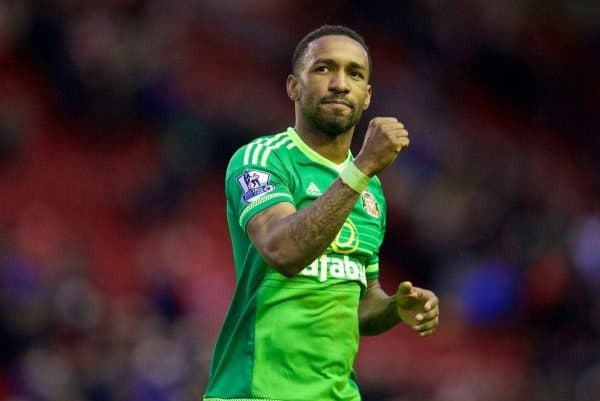 Perennial relegation candidates Sunderland are the latest in line as we preview Liverpool’s 2016/17 Premier League opponents.

Sunderland head into the new season as favourites for the drop, painting their campaign in gloom, with the departure of Sam Allardyce compounding this.

Allardyce left to take up the role of England boss, with former Everton and Manchester United manager David Moyes assuming his duties on Wearside.

Moyes will be hoping to restore his flagging reputation at the Stadium of Light, and push Sunderland up the table and possibly secure a mid-table finish in 2016/17.

To gain an insight into Sunderland‘s summer preparations and their hopes for 2016/17, we spoke to Gavin Henderson of Roker Report to get the Black Cats’ view ahead of the new season.

Firstly, what are your thoughts on Sunderland ahead of the new season?

I’m fairly optimistic. From January onwards—when Sam Allardyce strengthened the core of our side with quality players—we’ve been good. Nothing special, but steady and capable of winning games.

The biggest thing that Allardyce left behind was a well-drilled, organised, fit and together squad of players. We’ve had an immensely strong pre-season—we didn’t lose any of our six games—and that gives us a platform to start the proper football much better than we usually do.

David Moyes isn’t a mug, and I think he’ll do well at Sunderland.

And how have you rated Moyes’ work in the transfer market so far?

I’m not sure just how much Moyes has been able to impart himself in this respect, but Papy Djilobodji is a sensible signing in my eyes. He’s a good age, athletic, left-footed (more important than you might think) and versatile.

Everybody knows that we need more players, but Moyes hasn’t really been here long enough to show what we can do just yet.

I get the feeling we’ll see players come in that can make Sunderland look and feel more like that Everton side which was so successful under Moyes tenure. Some pace out wide, some grit at the back. I’ll be happy to see it.

What is Moyes’ likely first-choice lineup for the new season, and where do you see them finishing?

Well, with the players we currently have it’s pretty easy to answer this as we have hardly any backup players.

Vito Mannone will be our first-choice ‘keeper, and he’s done well to fight off competition from Jordan Pickford. The defence picks itself: Lamine Kone and Younes Kaboul have forged an outstanding partnership, whilst Billy Jones is our only right-back at present.

In midfield, we’ll likely see the return of Yann M’Vila in the coming days and he’ll pair up with Jan Kirchhoff and Lee Cattermole.

I think Klopp has made typical Klopp signings—unspectacular yet effective—and I think he’ll do well, especially without the pressure of European football.

That said, the league is full of good teams now and you just know that one or two of them are going to underwhelm—that is where Liverpool need to mosey on in and take advantage.

I think a top-six finish would be realistic for you.

When we play there: January 2

Gavin’s advice: “Visit our fan zone outside the ground. There’s plenty to do, plenty to eat and plenty to drink. If the weather is good it’s a nice place to be before the game.”

Who Gavin predicts to win the Premier League: Manchester United