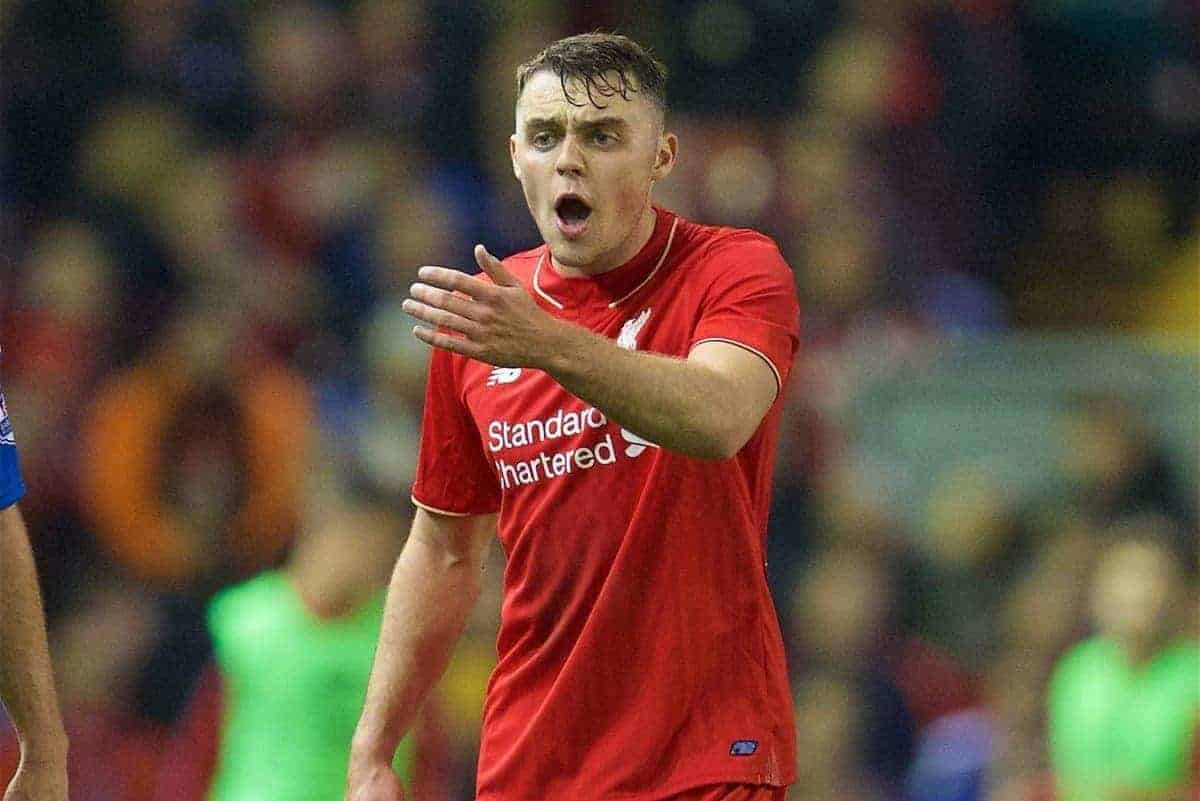 Liverpool academy right-back Connor Randall is wanted by Championship side Preston North End before the transfer window closes on Wednesday.

The 20-year-old was linked with a move to Wigan Ahtletic earlier this summer, but could now be making the short trip north to Preston instead.

PNE have struggled in the opening five games of their season, winning just one and losing the other four, and have lost full-back Calum Woods for the entire season due to a knee injury suffered in pre-season.

Lillywhites boss Simon Grayson is therefore keen to add a right-back to his squad and Randall could head to Deepale either on loan or a permanent deal.

Randall made his Liverpool debut last season, appearing seven times for the first-team, but is unlikely to find his way in the Reds’ squad with Nathaniel Clyne ahead of him and no European football at Anfield this season.

Liverpool have loaned out the likes of Danny Ward, Ryan Kent, Ryan Fulton, Jack Dunn, Lloyd Jones and Sam Hart to Football League clubs – insisting that each plays at least 75 per cent of games for their temporary club.

A similar requirement would be needed should Randall head to Preston, but shouldn’t be an issue with the Lancashire club short of options at right-back. Randall isn’t the only academy player likely to depart in the final days of the window, with Cameron Brannagan also expected to head out on loan.

Football League clubs no longer have the option of making loan signings after the window closes, with the short-term loan window now being scrapped, therefore deals must be concluded by Wednesday evening (11pm).

Meanwhile, Tiago Ilori, Andre Wisdom, Luis Alberto, Lazar Markovic and Mario Balotelli are all available whether on loan or permanently, meaning a busy final few days of the window at Anfield.