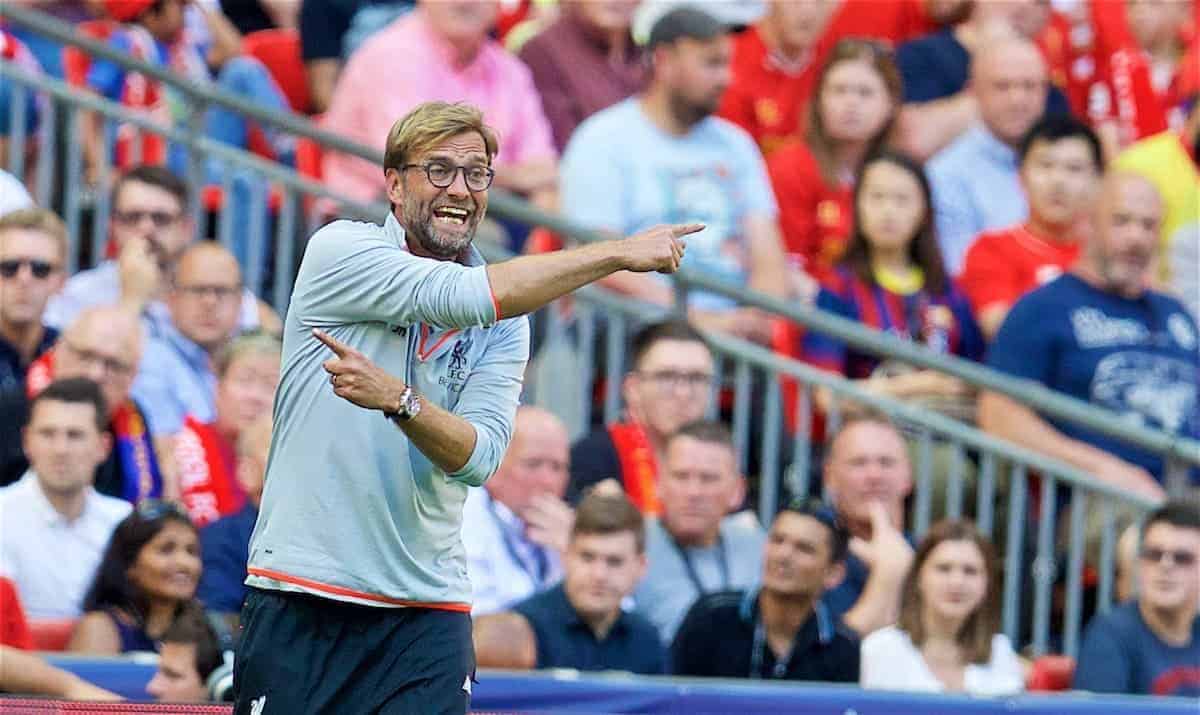 Goals from Mane, Divock Origi and Marko Grujic, along with an own goal from former Liverpool midfielder Javier Mascherano, sealed an emphatic win for the Reds at a sold-out Wembley.

It was a performance that saw Klopp’s side dominant for the majority, with Barcelona still lacking in fitness and sharpness.

As a marker of their form heading into next weekend’s Premier League opener away to Arsenal, this Liverpool display suggests they will be raring to go at the Emirates Stadium.

For Klopp, speaking to FATV after the game, this served as a response to a poor display at Wembley in February’s League Cup final defeat to Manchester City.

“A few months earlier would have been a better moment,” he joked.

“It’s not about Wembley, but today maybe Wembley helped a bit because we could bring in 90,000 Liverpool supporters, and it was really great.”

Mane said he was “very happy” to notch his first goal in a Reds shirt, adding “I’m also happy for Origi and Marko to score for the team—so everyone’s happy.”

Mignolet, who produced an impressive performance against the likes of Lionel Messi and Luis Suarez, said “when you play Barcelona the defenders will be under pressure at some moments in time, but we dealt well with it.”

Liverpool round off their pre-season schedule by taking on Klopp’s former side, Mainz 05, at the Opel Arena on Sunday afternoon, before their trip to north London on August 14.