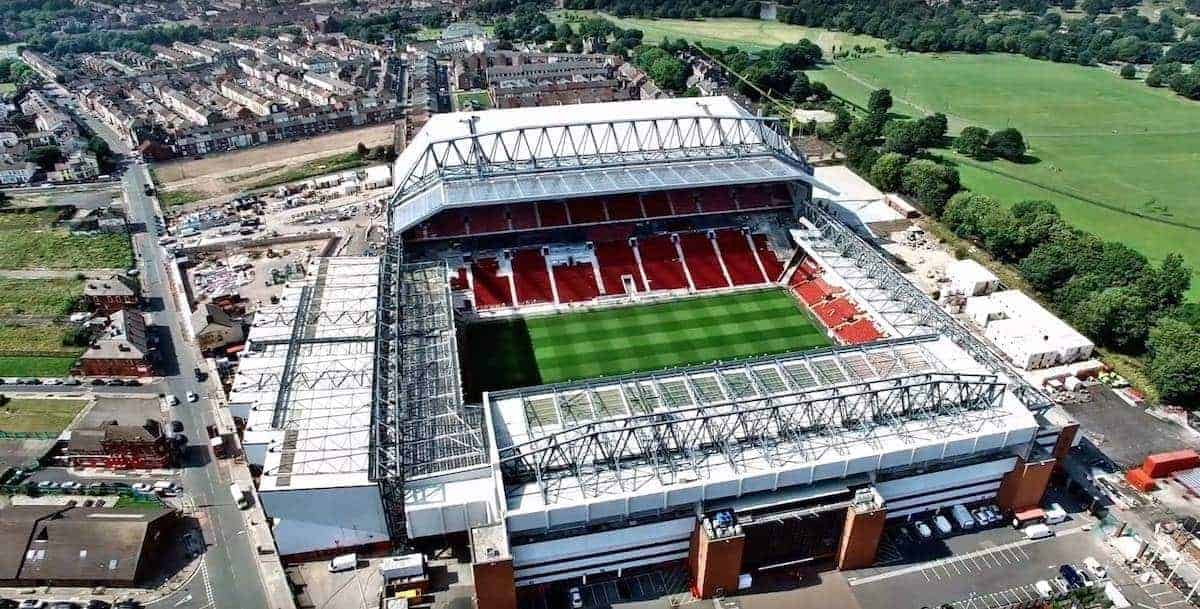 It’s less than a month until Liverpool’s first home game of the season, against Leicester City on September 10th, and Anfield is looking beautiful after the expansion of the Main Stand.

New aerial video by Liverpool Pilots shows the new Main Stand, which takes Anfield’s capacity to 54,000 for the new season, in all its glory.

The surrounding areas, with improved access and paths, are completely transformed too.

A new players’ entrance, where the team bus will arrive into pre-match, is complete, and work on the new Hillsborough memorial continues under the Main Stand’s ‘podium’.

The new three-tier Main Stand will host around 18,700 supporters and Anfield’s capacity will then be 54,167.

The attendance for the opening home game against Leicester will be Anfield’s highest since May 1977, when 55,675 witnessed a 0-0 draw with West Ham.