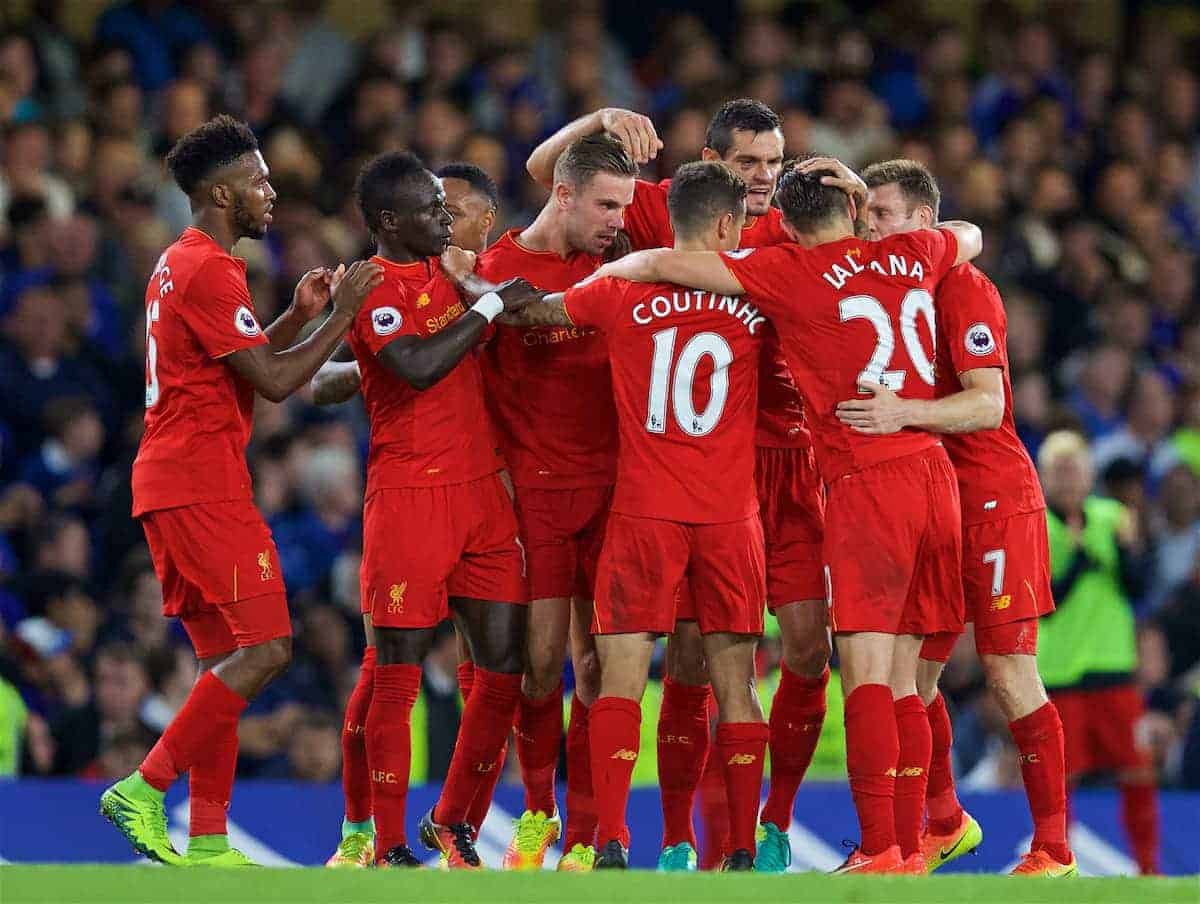 Liverpool secured a superb 2-1 at Chelsea in the Premier League on Friday evening, with plenty of impressive individual performances in a wonderful team display.

A solid night for the Liverpool goalkeeper, who was largely reliable.

His kicking continued to be disappointing, with Jurgen Klopp raging at one kick that flew into the crowd, but he showed good character under pressure in the second-half.

One superb punch cleared the danger late on, and his handling was good throughout.

This was yet another very impressive showing by Clyne, who barely put a foot wrong.

Up against danger man Eden Hazard, the 25-year-old matched him for pace and rarely allowed him to get past him, and he also offered quality in the attacking.

As unsung but vital player for Liverpool. For so long, it looked as though Matip had the man of the match award in the bag, following a superb opening hour at Stamford Bridge.

The new signing was elegant on the ball, dominant in the air and the influential presence that the Reds have lacked in defence for so long.

Then he needlessly went to ground in the lead-up to Diego Costa’s goal, which was a blot on his copybook.

All in all, it was a very good performance, though, when you take into account who Liverpool were playing on the night.

Having missed the 4-1 over Leicester City, Lovren replaced Lucas Leiva at the back and delivered a performance of top quality.

He dealt with everything that was thrown at him, forging a promising partnership with Matip, and he took his goal superbly on the volley.

One of Liverpool’s most improved players for a number of years, and he deserves huge credit for rediscovering the form that made him so sought-after while at Southampton.

So much was made of Milner becoming the Reds’ first-choice left-back, but once again, he was hugely reliable against top class opposition.

Some of his tackling was perfectly-timed, and while a lack of pace did expose him against Willian, it was hard to pick out a single thing the 30-year-old did wrong.

A player teammates treasure playing alongside, and someone who knows what it takes to win a football match.

Man of the Match.

Some of the criticism that has come the captain’s way has been borderline embarrassing, and just like Leicester last week, he was outstanding.

The 26-year-old’s passing was crisp and creative, while his energy, intelligence and leadership all came to the fore in west London.

To cap it off, Henderson scored Liverpool’s second goal with a stunning strike – arguably his best for the club in his five years at Anfield.

He could have done better for Costa’s goal, in fairness, but even that was probably Adam Lallana‘s error.

Once again, other teammates will earn more plaudits, but this was an enormously impressive display from Wijnaldum, who is improving by the week.

He had a physical presence and engine in the middle of the park, while his use of the ball was far more bold than in recent matches.

Easily his best performance in a Reds shirt, and one that should fill us with plenty of optimism.

Lallana wasn’t as eye-catching as he was last week, but his work-rate and industry were once again key to Liverpool bossing Chelsea for large periods.

The 28-year-old was typically fluent in possession, and confident in his ability to pass it in dangerous areas. He now looks an integral member of the side.

Lost Matic carelessly for Costa’s goal, which was disappointing.

The Brazilian came in for the injured Roberto Firmino, and with pressure on him to perform, he generally passed with flying colours.

Coutinho’s usual creative brilliance was there for all to see in the first-half, and his inch-perfect cross allowed Lovren to put Klopp’s men 1-0 up.

He faded a little after the break, and looked disappointed to be substituted, but this was a good day at the office for Liverpool’s diminutive maestro.

Lost the ball cheaply in key areas a few times, but that is being picky.

Having looked sensational in his first month or so in a Liverpool shirt, Mane was a more low-key figure on Friday evening.

That’s not to say he wasn’t good, however, and his pace, movement and link-up play with his fellow attackers proved to be a constant thorn in Chelsea‘s side.

One excellent piece of defending thwarted Hazard in the second-half, outlining his superb team ethic and reading of danger.

With many expecting Klopp to leave Sturridge out in favour of Coutinho, the manager’s decision was made for him after news of Firmino’s injury emerged.

Sturridge looked sharp in the opening 45 minutes, with some nice touches and plenty of interchanging, and an early shot almost crept past Thibaut Courtois.

The striker looked noticeably leggy early in the second-half, however, and was substituted for Divock Origi with 57 minutes on the clock.

As was the case against Tottenham, Origi was slightly infuriating, not always picking the right pass, but he was hard-working and a decent outlet late on.

Gave away a silly trademark foul in the dying minutes – some will say Hazard dived, but it was still clumsy – but he was otherwise an experienced head in a nervy situation.

Another match, another great day for Klopp.

The 49-year-old got his starting line-up spot on, with his decision to recall Lovren paying off, and the way in which his side blew Chelsea away at times was thrilling to watch.

Seven points away from home, against Arsenal, Spurs and Chelsea, is an outstanding return so far this season, and Klopp has masterminded it all.

He can’t win the title this season, can he?