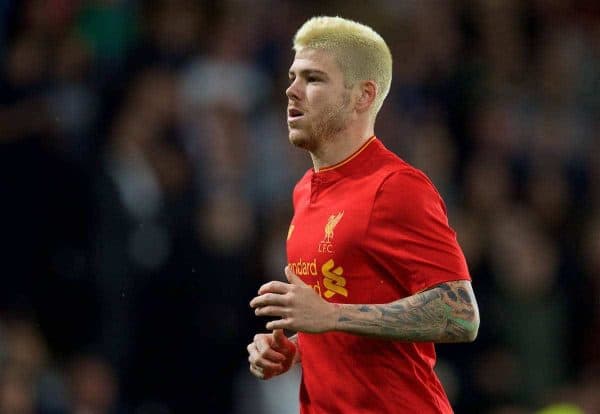 Despite seven changes, it was a fluid display from Liverpool in the League Cup as a couple of Brazilians impressed in attack and a new goalkeeper kept a clean sheet.

Despite the odd hairy moment on the ball, the German debutant always managed to deal with any danger.

He isn’t averse to coming out of his area to sweep up at the back, as shown when he was almost near the centre circle to collect a ball back to him following a Liverpool corner.

Bailed Henderson out with a good bit of sweeping too. He was lively enough to rush out and tackle Darren Bent after the captain had given the ball away in a dangerous area.

Picks up a welcome clean sheet on his debut, and gives his manager a tough decision to make for the Hull game on Saturday.

The right-back was everywhere down the right hand side, and at times it’s almost as if there are two of him.

Isn’t always the most clinical in attack, but often being there to exchange passes with his team-mates is enough.

Solid enough at the back and seems to be getting a better understanding with Matip.

Looks more of a bargain with each passing game.

The free transfer from Schalke was typically composed on the ball and dominant in defence.

He looks good in any pairing too, whether he be playing alongside Dejan Lovren, or Ragnar Klavan as he was tonight.

The Estonian was alert at a corner to give his side the lead, adjusting his feet well to turn the ball home after Derby failed to clear.

He looks comfortable on the ball and will carry it out when he needs to.

Performances like this from him will make it even more difficult for Mamadou Sakho to get back in the frame.

Has a burst of pace which gives Liverpool a different dimension down the left to the one they’ve been used to recently with James Milner.

His left foot allows for passes around the side of a defence into the forwards, as shown when he played an excellent long ball into Origi during the first half.

Though he did pick up a yellow card, he managed to get through the game without any of the moments of madness which have blighted his play in recent times.

A good run out for the Brazilian in his more familiar defensive midfield position.

Kept the play ticking over with a range of short and long passes along the ground, and wasn’t threatened too much in defence.

Took the captain’s armband when Henderson left the pitch, but will be disappointed not to have picked up a yellow card.

Dictated the tempo from slightly further up the pitch than he’s been used to in recent weeks, and also dropped back to help Lucas when needed.

But it was his sloppy pass which gave Derby their best chance of the first half. He had Karius to thank for saving him with a well timed tackle.

Otherwise, it was a relatively quiet display, especially when compared to his impressive performances in recent weeks.

A steady performance on his first start, during which he displayed some good, varied passing, and a surprisingly good engine for a man of his size.

Needs games to settle into the side further, and he’s likely to get them for as long as Liverpool remain in the cup competitions.

Showed good technique throughout, swinging the corner in which led to the first goal as the travelling Liverpool fans sang his name.

Full of skill and invention, he also managed to test Jonathan Mitchel with a well hit free kick from distance in the first half.

Went one step further in the second after linking up with Firmino to double the side’s lead, getting the ball from under his feet and slotting past the Derby keeper.

Provided the assist for Origi’s goal shortly after with a well weighted through ball, and almost got second assist with a cushioned first time pass to Firmino, but his compatriot couldn’t quite apply the finish.

One of those rare players who combines tireless hard work with effortless silky skills.

The only thing lacking in this performance was a goal, and he might have had one had Origi picked him out in the first half, or had Mitchel not produced a good save from his close range shot.

Gave some entertaining exhibitions of his skill, and grabbed an assist when he set up Coutinho in the second half.

Led the line well, supported by the two Brazilians playing just off him.

He should have played Firmino in down the right when the side were 2 on 1 on the counter. Instead he delayed, lost control of the ball, and the attack came to nothing.

Managed to get on the scoresheet after some good movement in the box, getting on the end of Coutinho’s pass before powering the ball into the roof of the net.

Emre Can (on for Henderson 57′) – 6
Slotted into Henderson’s position on the right of the centre of midfield, and did a tidy enough job.

Showed good running on his return to the first team.

Almost drew a penalty as he darted into the box and was knocked off balance, but the referee ignored the protests.

A useful half an hour’s work for the forward.

The 18-year-old academy player was brought on for his debut with around a quarter of an hour to play.

The former Arsenal youth looks to have worked his way up the pecking order under Klopp, and we may see more of him as the season progresses.

The cups are always a balancing act as the manager tries to rest players while also maintaining quality in the starting eleven.

There were seven changes, but the team still looked to be a strong one, and this strength eventually told.

Some rustiness can occur when changes are made, but the team look well drilled in this current system.

The manager was also able to use his bench to give run outs to Can and Ings returning from injury, as well as youngster Ejaria.

The fans sang Klopp’s name towards the end of the game, and with the side already 3-0 up, he can’t have many complaints on this occasion.