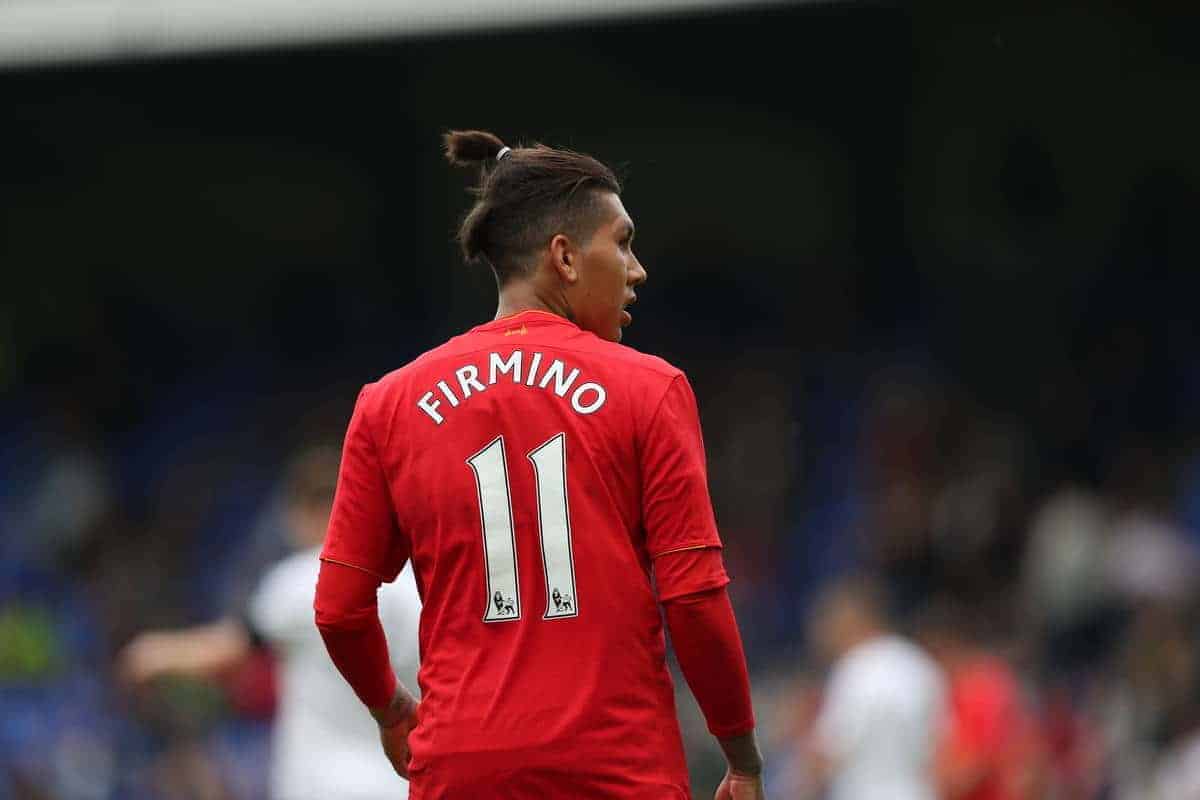 Roberto Firmino missed Friday night’s win at Chelsea, but Jurgen Klopp says the Liverpool attacker only has a little issue.

Firmino travelled with the squad to London but Klopp made the decision not to risk the in-form Brazilian, which meant compatriot Philippe Coutinho was able to come straight back into the side on the left of the Reds’ attack.

“It was a really difficult decision to make with Roberto,” explained Klopp in his post-match press conference. “It was only a little issue and I had to make a decision and say no it’s not possible.

“Everyone said yeah we can take the risk, I heard the word risk too often, I said no we can’t take it.

“When the other players play this kind of football, it’s nice!”

Keep up to date with football news and scores over at metafootball.com.

Liverpool travel to Derby County in the League Cup on Tuesday night, which could provide Klopp with a chance to rest Firmino further, ahead of next Saturday’s visit of Hull City to Anfield.

Meanwhile, the manager allayed fears that Daniel Sturridge may have been withdrawn due to injury.

Sturridge was replaced by Divock Origi just before the hour mark, but Klopp said he was not aware of any injury issue.

“I couldn’t see that he could sprint any more, so that’s why we said let’s make a change. When we have a healthy young striker [Origi] on the bench, so maybe we should!

“First half Daniel was really good. Second half, we need this player in the centre we can play with. So that’s why we changed.

“I don’t think it’s injury, it’s only the situation, nobody told me about injury, all is good.”