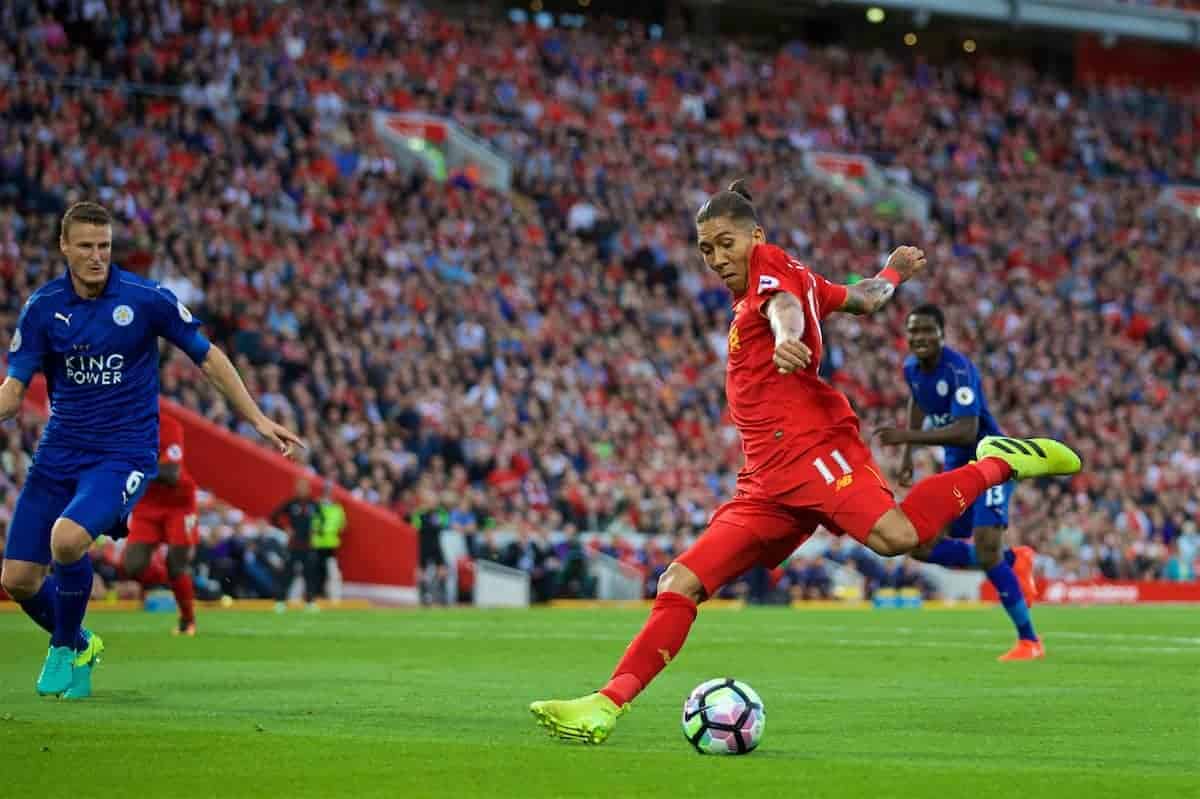 All of Liverpool’s attacking talents shone in Saturday’s 4-1 win over Leicester City, but Roberto Firmino was the standout star.

The Brazilian scored twice, either side of goals from Sadio Mane and Adam Lallana, to fuel an emphatic victory at the new-look Anfield.

In front of their biggest home crowd since 1977, the Reds didn’t fail to impress, swarming over the travelling champions in an exceptional attacking display.

Jurgen Klopp could pick any number of players as standouts when he takes to Melwood to analyse his side’s performance, but it was Firmino who arguably shone the brightest at Anfield.

With supporters rating the Liverpool squad’s performance against the Foxes, Firmino was named Man of the Match, with an outstanding 9.0.

Just behind Firmino, Mane was rated at 8.8, while Lallana came off third-best, with 8.1.

Their attacking cohort, Daniel Sturridge, received a rating of 7.8, with his contribution less tangible, as the centre-forward’s intelligent movement and quick buildup play aided the Reds’ forward charge.

This is a testament to the all-round quality of Liverpool’s performance under the new Main Stand, with only Lucas’ first-half error tarnishing an otherwise excellent display.

Klopp will be hoping for more of the same from his side when they travel to Stamford Bridge to take on Chelsea on Friday night, as he explained in his post-match press conference.

“That’s what I expect from us,” he told reporters. “What we did today, those are the things I expect.”

Firmino will no doubt take up a focal once again, and the No. 11 can be expected to produce another scintillating showing against Antonio Conte’s Blues.