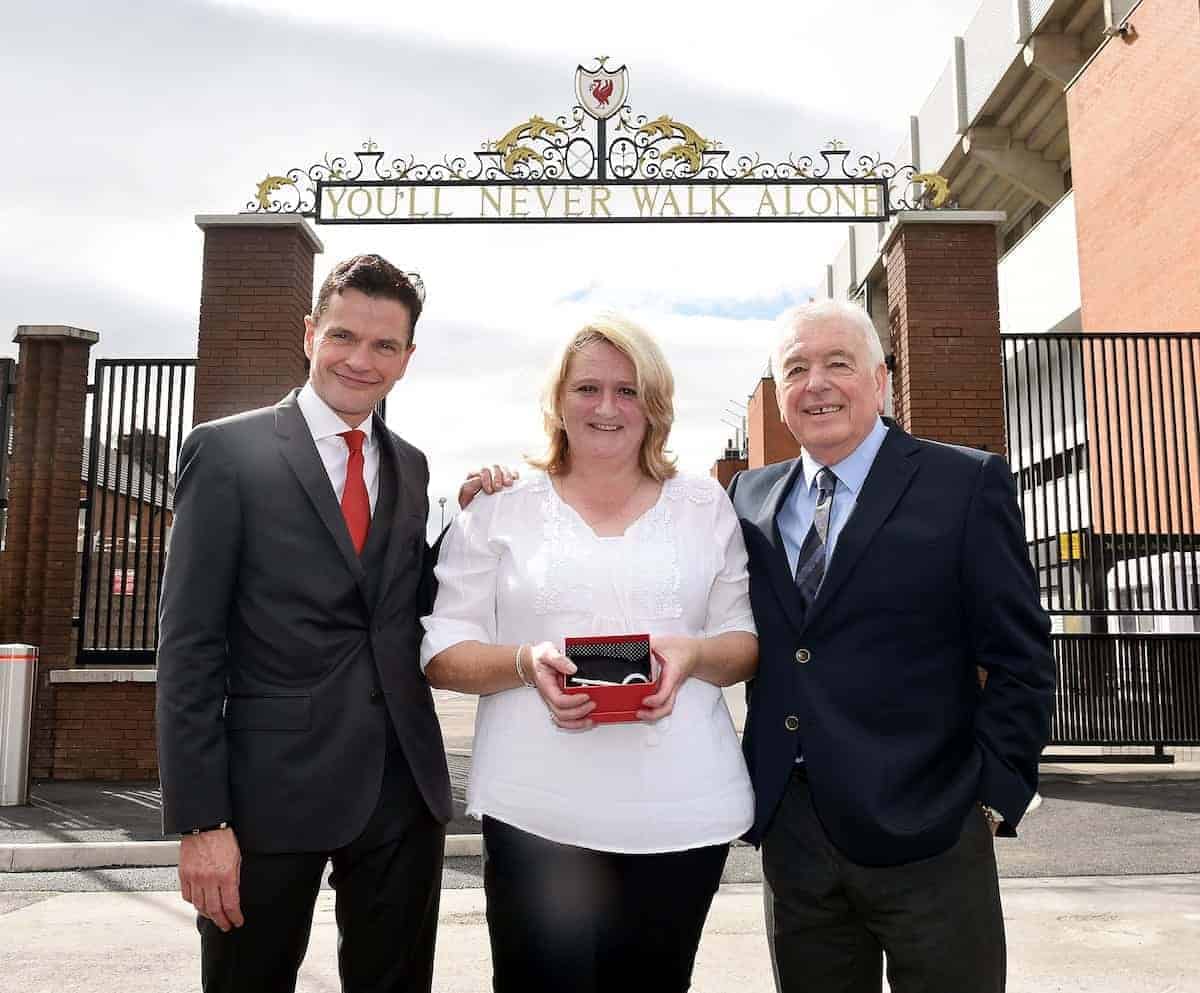 The Shankly Gates have been moved into a new location on Anfield Road following the summer redevelopment work on Liverpool’s stadium.

Liverpool hosted a formal unlocking ceremony on Tuesday afternoon to mark the gates’ relocation. The event was attended by the Shankly family and Reds legend Ian Callaghan, who played under the iconic manager.

Work has taken place throughout the summer to complete phase one of Fenway Sports Group’s plans to expand Anfield, as well as renovation the interior and exterior of the stadium.

The Main Stand has been redeveloped, adding around 8,500 seats, and this will see Saturday’s clash with Leicester City record Anfield’s highest attendance since Liverpool’s clash with West Ham United in 1977.

Some of the stadium’s most iconic features have been relocated, including the Shankly Gates, which have been put in place this week—and will be open to the public on Saturday.

They are now to be found further down Anfield Road at the entrance to the Centenary Stand car park, on the other side of the stadium.

Pauline Robinson, Shankly’s granddaughter, described it as “a fantastic tribute.”

“The gates are a fantastic tribute to my granddad’s outstanding contribution to the football club,” she explained.

“He loved the club and the supporters. We’d like to thank them for involving us in finding their new location.”

This ensures that another part of the club’s rich history is incorporated into the new-look Anfield, along with the Hillsborough Memorial, which has also been moved.

The memorial is now located on 96 Avenue, which runs along the outside of the new Main Stand, with both that and the Shankly Gates held in storage throughout the summer.

The Shankly Gates were initially opened in 1982, following the death of Liverpool’s great manager, Bill Shankly, the previous year.

Another former manager, Bob Paisley, has been honoured at the redeveloped Anfield, with the inclusion of Paisley Square, while the stadium interior pays homage to a number of the club’s most influential players.

Liverpool take on Premier League champions Leicester in Saturday’s evening kickoff, providing the first glimpse of a sold-out crowd at the redeveloped Anfield.

But with the Shankly Gates among the last features to be included before Saturday, everything is falling into place in what is a hugely impressive redevelopment.