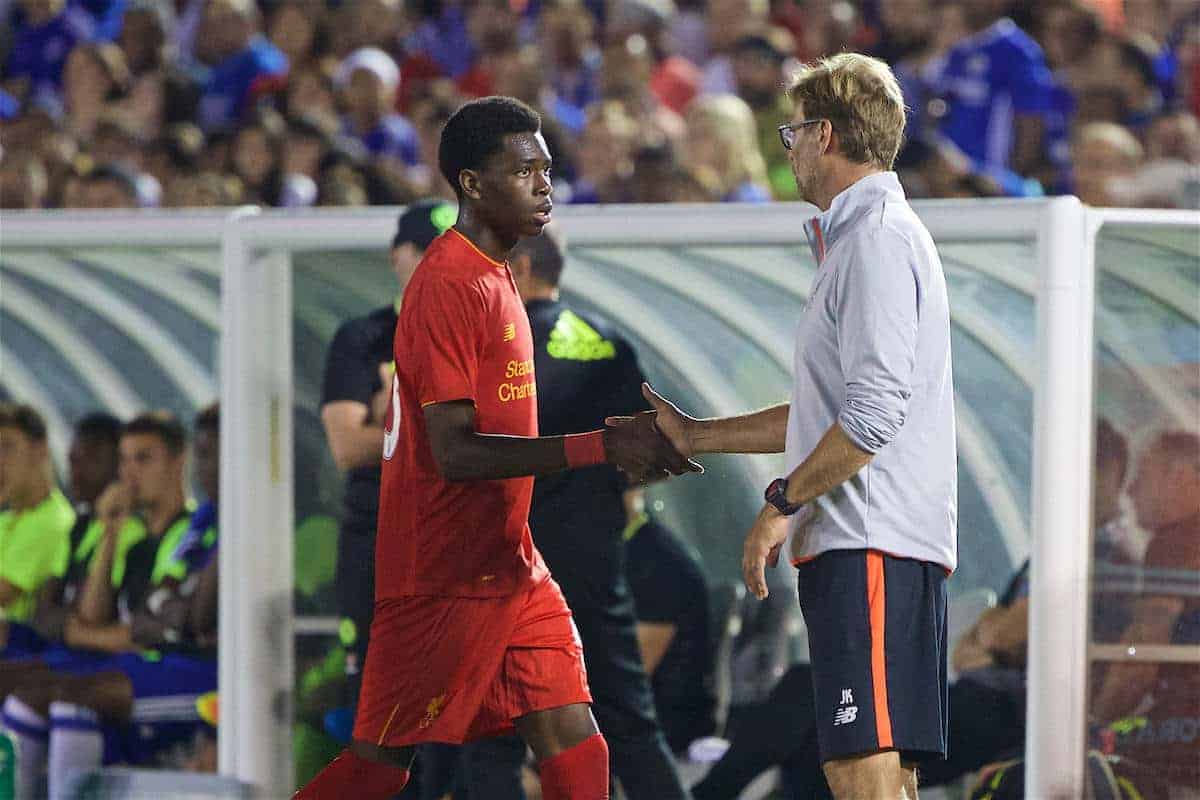 Spending the summer trimming his Liverpool squad of deadwood, Jurgen Klopp says he was inspired by the quality in the club’s youth ranks.

The German oversaw the departures of 15 players from his senior ranks this summer, either on permanent deals or, in the case of Adam Bogdan, Andre Wisdom and Lazar Markovic, on loan.

This showcased Klopp’s ruthless edge in the transfer market, and allowed him to overhaul his squad swiftly and efficiently.

But with the 49-year-old bringing in just seven players to replace those who left Merseyside, his squad is looking comparatively thin for 2016/17.

However, without European competition this season, this is understandable, and as Klopp explained on Friday, this provides him with an opportunity to blood the likes of Trent Alexander-Arnold and Ovie Ejaria.

“The thing is [the squad] was really busy and it should not be that busy,” he explained.

“Our squad was not too small, not too big, but we found a few really good young players in this pre-season where it was like ‘wow’.

“It’s maybe a little bit too early for them, but not much too early. They are close.”

Alexander-Arnold and Ejaria starred alongside fellow youngster Ben Woodburn during pre-season, and the duo have spent the season so far training alongside the first team. This provides Liverpool’s youngsters with a great opportunity to establish themselves when called upon this season, with cup competitions an ideal juncture to impress Klopp, for example.

Aside from Alexander-Arnold, Ejaria and Woodburn, Harry Wilson, Cameron Brannagan, Pedro Chirivella and Adam Phillips are among those that can hope for a chance in the first-team, while Joe Gomez, Marko Grujic and Sheyi Ojo are still on the fringes despite their senior status.

The quality in Liverpool’s academy should negate the gamble of selling players such as Joe Allen, Luis Alberto and Jordon Ibe, though Klopp admitted there was an element of risk.

“I had to make hard decisions because we had too many players,” he continued.

“If we couldn’t sell them then we did loans because that’s how it was. Otherwise we’d be standing here talking about thirty-something players. You have to make decisions.

“If you sell a player and he really performs for the next club you just say: ‘sorry, we didn’t see it or whatever’. You have to be ready for that.

“But a busy transfer window like that shouldn’t happen too often. And it will not happen.

“But we all agreed on this. I’ve been here 11 months now and this is what we needed to do in the summer.”

Klopp now has his squad settled after a summer overhaul, and having tidied up his group dramatically, can now focus on nurturing the Reds’ excellent academy talents in focal roles.