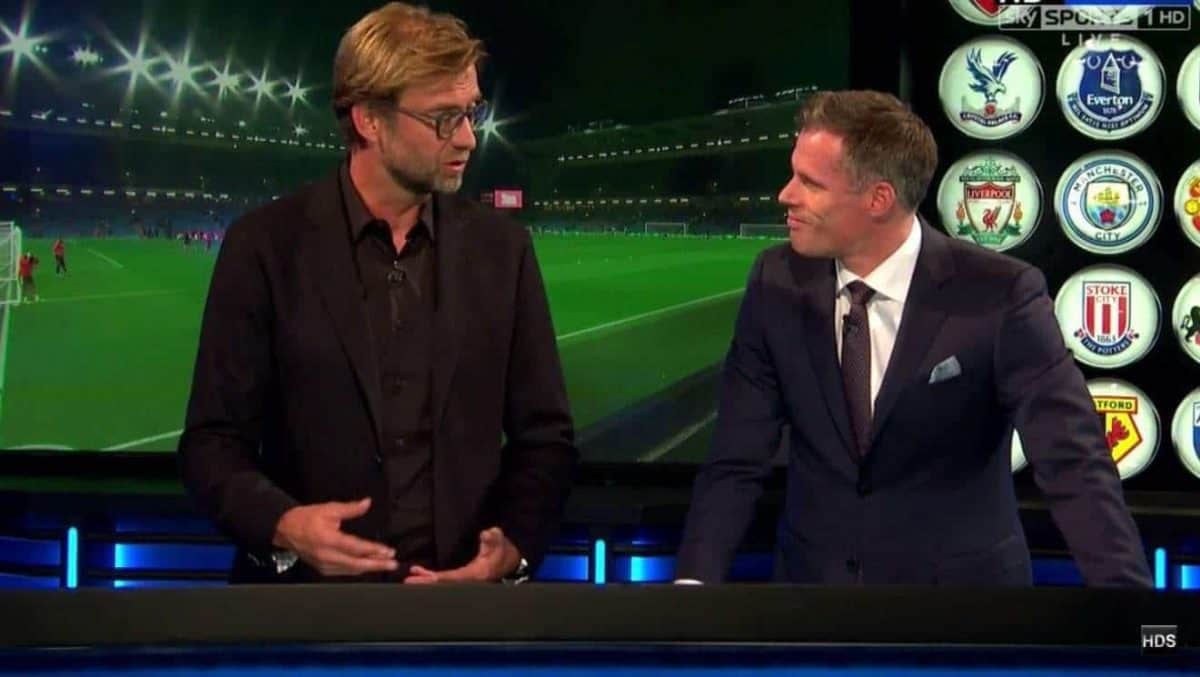 Jurgen Klopp‘s appearance on Sky’s Monday Night Football was as entertaining and enjoyable as you’d expect, with the manager providing plenty of insight for fans while actually giving away very little for opponents.

Klopp discussed a range of topics, from the Reds’ start to the season and being installed as second favourites for the title with the bookmakers, the need to improve defending at set-pieces, Roberto Firmino‘s use as a centre forward, the rules of a full back and plenty more.

Klopp explained the gegenpressing style, saying: “If you win the ball back high up the pitch and you are close to the goal, it is only one pass away a really good opportunity most of the time.

“So that’s why I said no playmaker in the world can be as good as a good counter-pressing situation to show the players why it is so important.

“I said it before the Hull game again, so I used it [that statement] again and we did really well in this game.”

On the Reds’ positive start to the season, the German said: “Everybody feels good and that’s good, it’s better that we are all optimistic, but nothing has happened really.

“Football is a nice and simple game on good days, but on other days you can’t find a solution and that’s what makes it interesting.”

The above video shows most of Klopp’s appearance alongside Jamie Carragher in the Sky studio.

The full show can also be found, here.