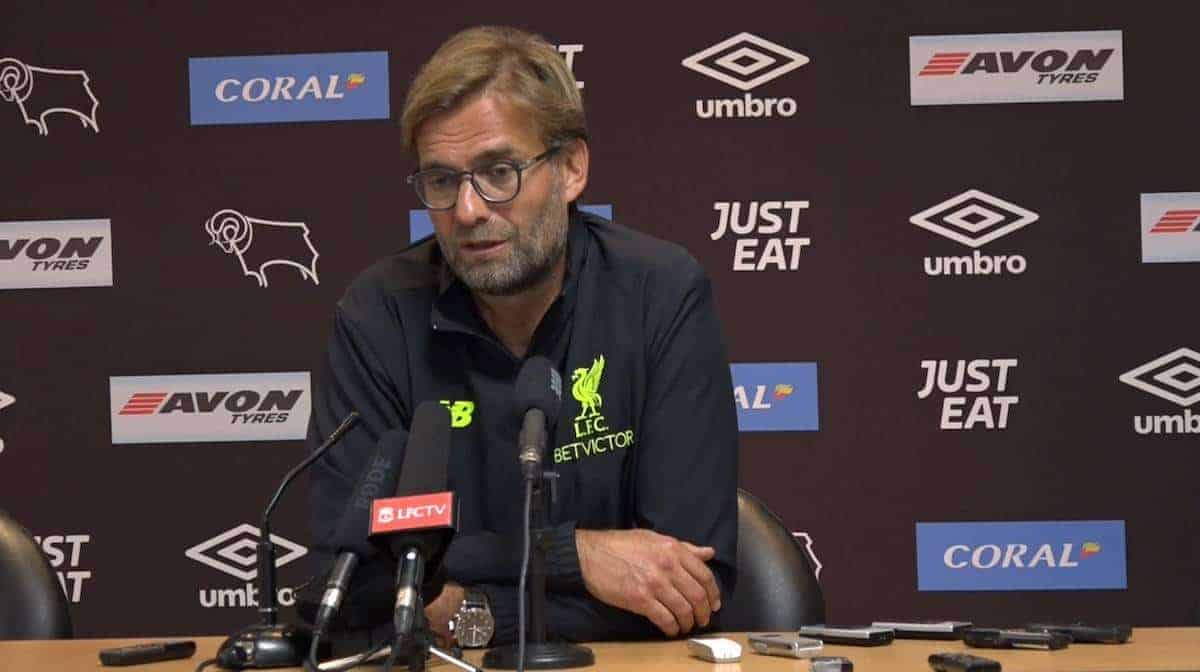 Goals from Ragnar Klavan, Philippe Coutinho and Divock Origi capped a dominant display from the Reds, with debuts for Loris Karius and Ovie Ejaria providing a positive sheen to the night.

There were also returns from injury for Emre Can and Danny Ings, while summer signing Marko Grujic made his first start for the Reds, with the performance leaving Klopp in good spirits during his post-match press conference.

“We were better, we deserved to win, we created chances,” he told reporters after the game.

“Could we have done better? Yes, a lot. But is it important tonight? No.

“You need to be 100 percent professional, you need to be really serious, take games like this that could be difficult.”

Klopp also stressed the importance of the League Cup, as he looks to secure a place in the final again this season, and emphasised his belief that Liverpool should perform the same home and away.

The German praised the involvement of Ejaria, Ings and Origi, but said “we didn’t [include them] because of match time, we did it because they were rested and they could go full tonight.”

Next up for the Reds is a home clash with Hull City in the Premier League (September 24), where they will look to seal their fourth successive victory.