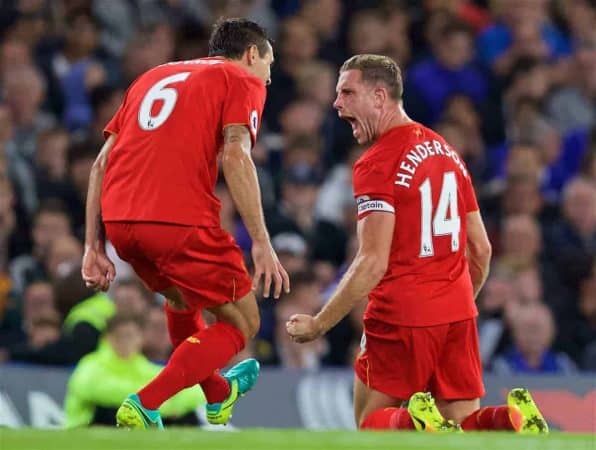 Liverpool’s League Cup campaign continues on Tuesday night when they travel to Derby County — here’s where to find the match live.

Morale is high right now for Liverpool after impressive victories in the Premier League over Leicester City and Chelsea.

Jurgen Klopp will be hoping that momentum continues to see the Reds comfortably through against Championship opposition at Pride Park to the League Cup fourth round.

The match will also see a debut for German goalkeeper Loris Karius, who comes in for Simon Mignolet after a hand injury.

Derby have had a disappointing start to the season, losing four of their opening eight games and languishing in 20th position in the Championship.

They narrowly overcame League Two side Carlisle United on penalties in the second round of the League Cup last month.

Most TV companies around the world, including Sky Sports 1 in the UK, are opting to show Leicester City vs. Chelsea, but there are still a few channels to find Tuesday night’s Liverpool match on.

UK and US coverage

Derby vs. Liverpool is not live on TV in the UK. The best way to follow it is via the This Is Anfield liveblog, which will begin at thisisanfield.com shortly before kick-off. The liveblog will also available on the free This Is Anfield app for iPhone and Android. Download it here.

Derby vs. Liverpool is being broadcast on the following TV channels around the world:

BBC Radio 5 Live will have live commentary of the match from Pride Park, whilst LFC TV and LFC TV Go also have audio commentary streaming live.

Or join us for live coverage throughout the night…

Get the free This Is Anfield app for iPhone and Android here.