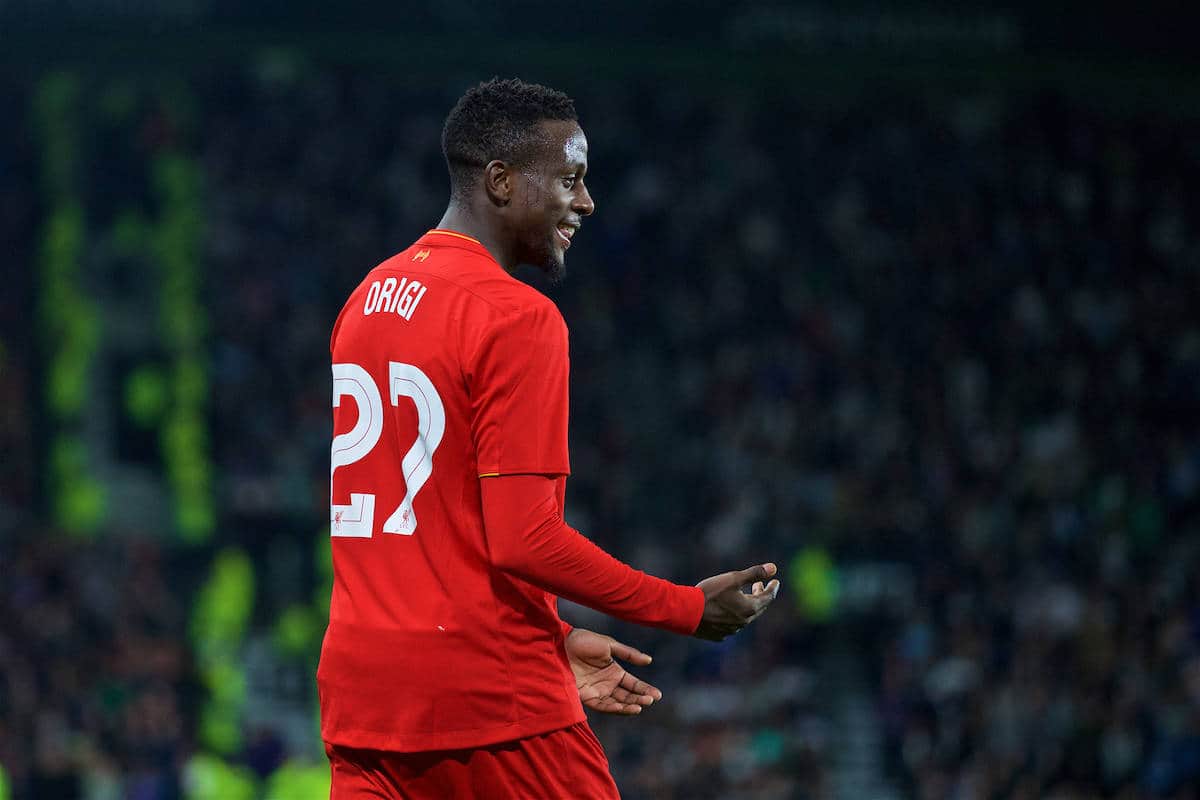 Liverpool striker Divock Origi has accepted the challenge he faces to establish himself, but is “convinced” he will rise to the fore.

The Belgian youngster has started just two games so far this season, both in the League Cup, playing 98 minutes of football in the Premier League over a further five appearances.

Scoring against both Burton Albion and Derby County, however, Origi has provided a reminder of the quality that saw him notch 10 goals in 34 games for the Reds in 2015/16.

Towards the end of last season, Origi became Jurgen Klopp‘s first-choice striker, moving ahead of Daniel Sturridge in the pecking order up front, but has since dropped behind the Englishman, and regular starter Roberto Firmino.

However, speaking while on duty with the Belgium national team this week, Origi reiterated his commitment to Liverpool, saying he is “convinced” he has a bright future with the club.

“I’ve started both matches of the League Cup, and I scored in both games, Liverpool have won almost every game,” he told Het Laatste Nieuws.

“It does not matter to me. I’m still convinced that I will make it at Liverpool.

“Klopp believes in me and says I have to be patient. He asked me to stay calm, which is not easy for a footballer.

“I want to play and be the decisive player that I was last season.

“I scored 10 goals in no time [so] everything can turn quickly in football.” Both Origi and Sturridge have been linked with a move to Juventus in the near future, but addressing this speculation, the 21-year-old quashed all claims.

“Have I been linked to Juventus? Never heard that one,” he continued.

Still a very young player, this is a commendable stance for Origi to take, with the former Lille star willing to wait for his opportunity.

This is likely to come, with Klopp seemingly still waiting for his No. 27 to find his rhythm after a summer at the European Championship in France.

While it will be difficult to supplant Firmino as Klopp’s first choice in leading the line, Origi is well placed to do so, having already proved he suits the German’s attacking system.

His next start could come against Tottenham Hotspur in the League Cup on October 25, and Origi should be prepared to take his chance when it comes.