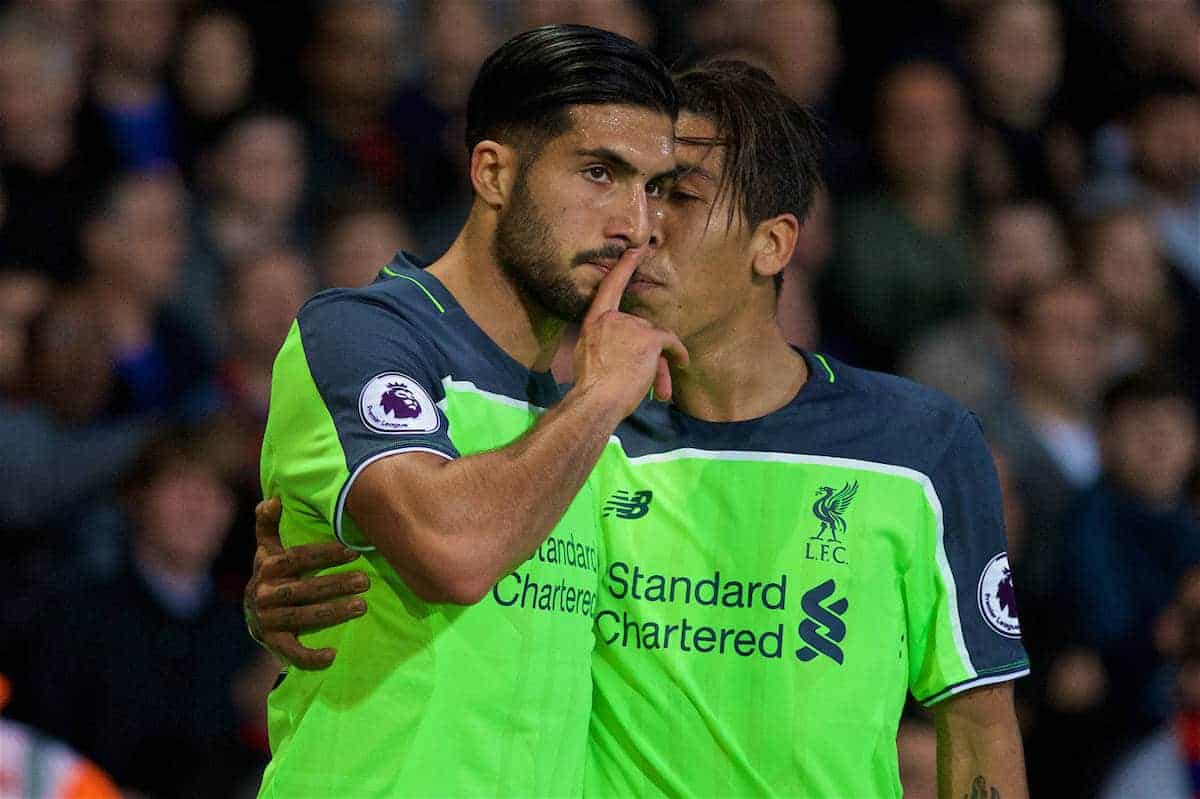 Emre Can has spoken of his pleasure at scoring against Crystal Palace on Saturday, following a long spell without a Liverpool goal

The Reds won 4-2 in a scintillating Premier League clash at Selhurst Park, as Jurgen Klopp‘s side won for the eighth time in nine games.

Can opened the scoring with a deflected effort in south London, setting Liverpool on their way to three more invaluable points.

It was the 22-year-old’s first goal since he found the net at Aston Villa in February, and he revealed his delight at both his strike and the Reds’ win.

“We knew before the game it would be a very tough game.

“It’s always difficult to play at Crystal Palace, but we did very well in the first half.

“The second half was not too good. But you have to win these kinds of games—we did it and we’re very happy.” Can also discussed the improved depth within Liverpool’s squad, singling out Alberto Moreno for his impressive performance in the absence of James Milner.

“You can see we have a very strong squad,” he added.

“Alberto did very well. He is a very good player and he played with confidence, that’s what we need. He did his job very well.”

Klopp’s men look a real force at the moment, and slowly but surely title talk is gathering steam, not just from Liverpool supporters.

There is a confidence about them that looks unstoppable, and although their defensive flaws once again reared their ugly head against Palace, there is lots to feel positive about.

Next up for the Reds is the visit of Watford next Sunday, as the quest for a maiden Premier League title continues.