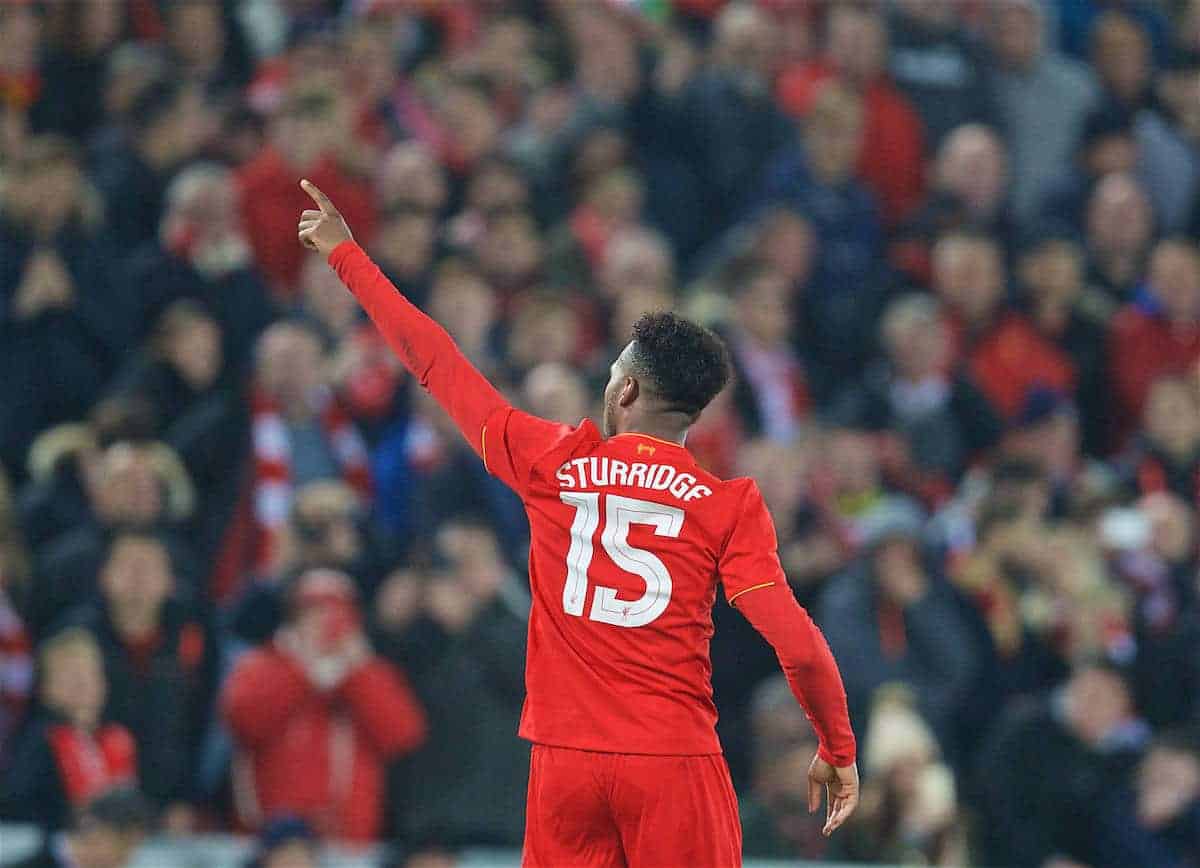 A much-changed Liverpool secured a convincing 2-1 victory against Tottenham Hotspur in the League Cup round of 16.

Liverpool’s main man, Daniel Sturridge, broke the deadlock after less than 10 minutes to give the hosts a deserved early lead.

The Reds’ youngsters, including debutant Trent Alexander-Arnold, dominated the first half but couldn’t capitalise and began to fizzle out towards the end of the opening 45 minutes.

The second half was an even better display, with Divock Origi producing plenty of chances and Sturridge eventually putting another away to double Liverpool’s lead.

There was disappointment when Spurs were given an opportunity to get themselves back into the game, with Vincent Janssen converting a penalty in the 75th minute.

But after a few nervy moments, Liverpool were able to hold on to their 2-1 victory and book a place in the quarter-finals.

Here’s the best of the social media reaction from throughout the game.

Despite missing several chances in the second half, Sturridge eventually doubled his and Liverpool’s tally…

Great finish by Sturridge, many wouldn't have scored that with that much time to think about it! 2-0 ?

Ings made his introduction after 67 minutes, replacing Origi, and Alexander-Arnold came off and was applauded for a terrific debut, making way for Nathaniel Clyne…

Good win. On to the last eight. On a roll now. #LFC

That, Ladies & Gentlemen, is why we should have #Sturridge in our team. #LFC #LIVTOT

We are good….we are really really good. #LFC #YNWA

Great win for #LFC against a very decent #spurs side. Top performances from every Liverpool player, none moreso than @DanielSturridge

Decent performance from a mainly second string team that should of scored 3 or 4 goals. Into the quarter finals. #LFC

Good win. Good performance from the boys who came in. Keeps the momentum #LFC

Cracking game that!
Rode our luck at times in the 1st half but should have had 4/5 in the 2nd, combination of missed chances & Vorm. ?