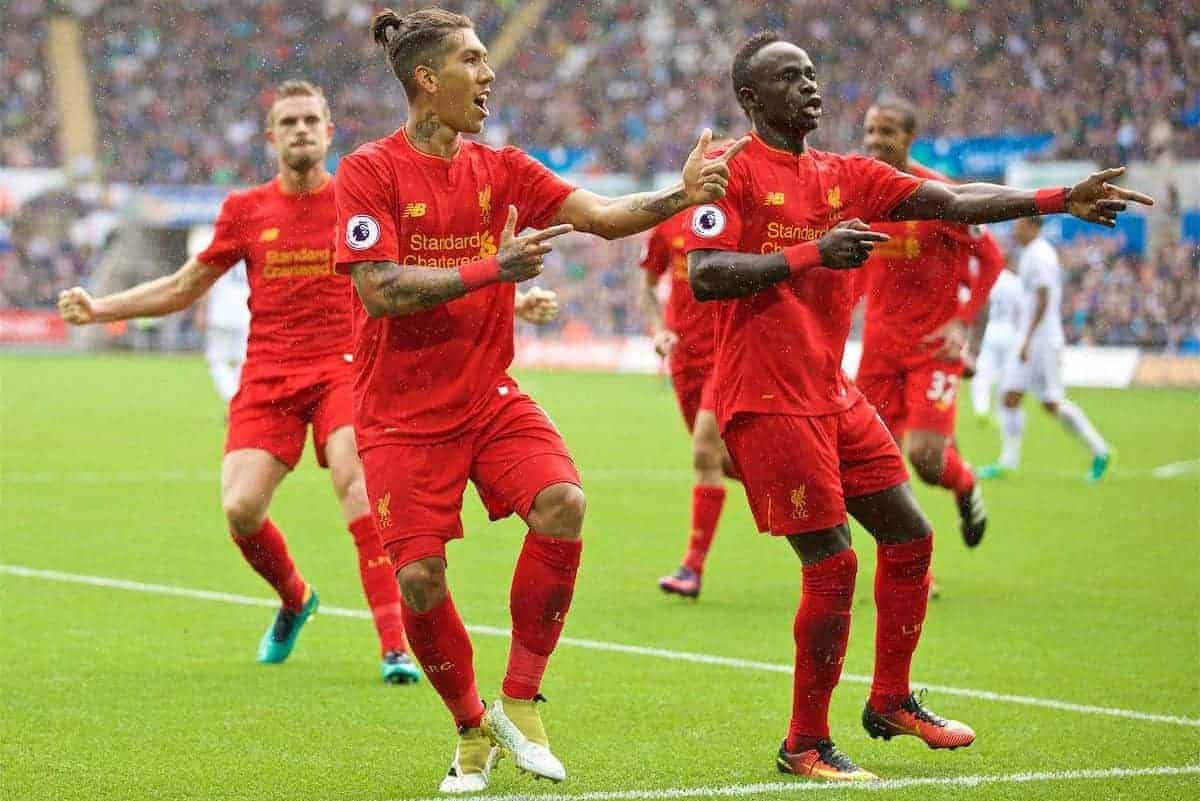 Liverpool were in danger of suffering a defeat against an under-performing Swansea City side but they recovered from an awful first half display to secure a 2-1 victory.

It was a familiar line-up for the Reds at the Liberty Stadium, with Dejan Lovren returning to the starting XI after missing last week’s clash against Hull City through illness.

Divock Origi recovered from an injury to make a late substitute appearance, joining Daniel Sturridge, who replaced Adam Lallana after 20 minutes when the midfielder picked up a groin injury.

Borja Baston, Swansea’s record signing, made his full Premier League debut but it was the host’s main goal-scorer, Leroy Fer who broke the deadlock after just eight minutes.

Roberto Firmino netted his third goal of the season as Liverpool mounted a comeback in the second half and James Milner scored his fourth penalty of the campaign to seal a 2-1 victory.

Here’s all the best reaction from Liverpool fans on social media;

It was a slow start for Liverpool and panic started to set in as Leroy Fer netted his fourth goal of the season after just eight minutes.

Hoping this is just a really really bad start and things will pick up once we settle. We've been awful. All over the shop.

There were plenty of negative comments at the break as fans discussed an awful first half display.

Half time musings. Left side not great early in match & their goal bad defending by us. They could have had 2 more. We need to be quicker

Liverpool mounted a comeback when Roberto Firmino scored his third league goal of the season after 53 minutes.

Can we all just agree that the top-knot was crucial in guiding the ball into the corner?

The Brazilian won Liverpool a penalty on the 83rd minute and James Milner calmly slotted home the late winner.

Despite an awful first half display, Liverpool bounced back to secure their fourth league win in a row and moved up into second place in the table. Here’s all the best reaction after the full-time whistle.

YES! Three hard fought points, but points are worth as much whether you coast to them or scrap for them.

#LFC grinding out the wins when they need to. Clean sheets will come just keep winning boys

Massive win for Klopp's side. Showed their powers of recovery with that second-half performance. #LFC

Klopp's personality all over this #lfc team now, that dynamism, positivity & battling spirit. A few defensive/gk issues remain to be sorted.

And celebrations from Mrs Henry…

A win at Liberty Stadium for Liverpool! 4 consecutive wins for @LFC. 3 more points in an away match ? #SWAvLFC