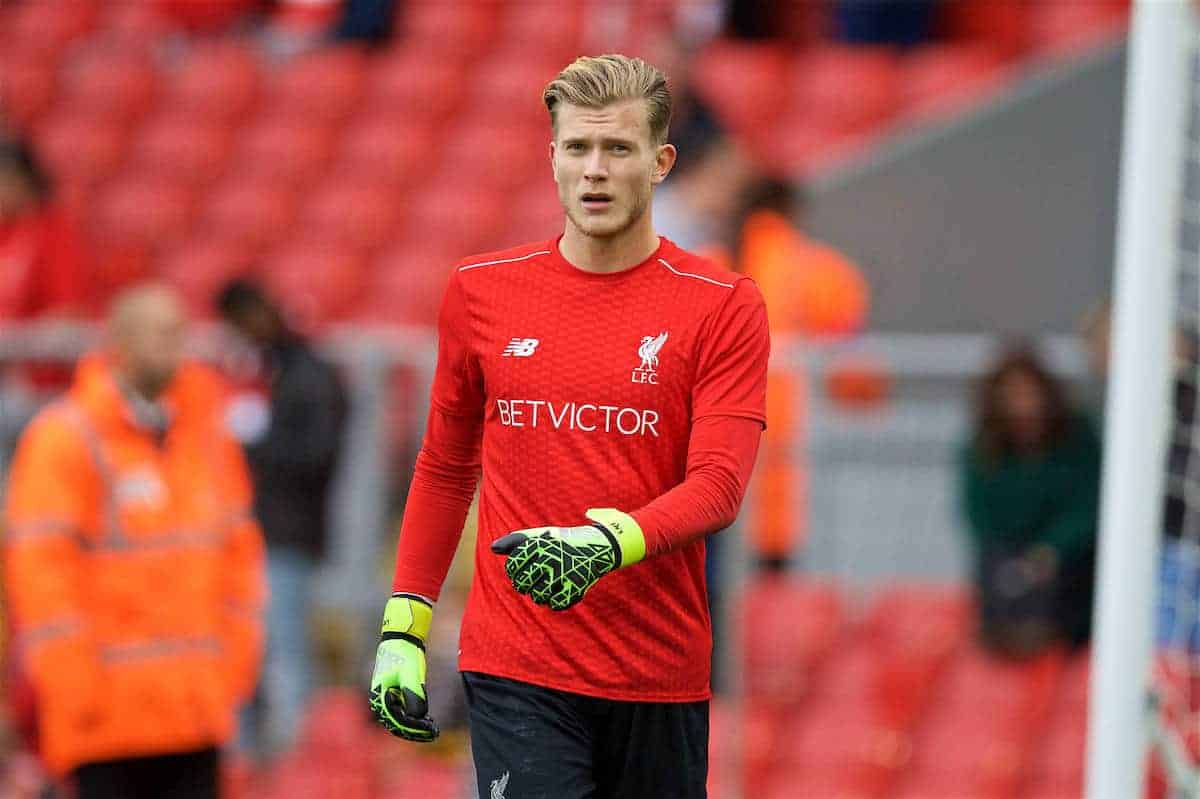 Karius has kept two clean sheets in four appearances for the Reds since his £4.7 million move from Mainz 05 in May, conceding just two goals so far.

But despite this, the German hasn’t looked truly comfortable between the sticks in the Premier League, showing a weakness in dealing with high balls lofted into the box.

This drew barbs from the Sky Sports studio during Monday night’s 0-0 draw with Manchester United.

However, speaking to reporters on Thursday, Klopp relieved concerns over Karius’ form, saying “everything’s good” with the 23-year-old.

“It’s a very good start. We watched him for a long time, and especially in the last two years in the Bundesliga he was outstanding,” he explained.

“But he’s still a young boy, for a goalkeeper especially.

“He’s collected experience but this is something else in the Premier League, a different style of play.

“Of course he has to improve, he can improve. I feel quite comfortable, everything’s good.”

Karius made one major error in his distribution against the Red Devils at Anfield, skewing a pass straight into the path of Paul Pogba.

Ultimately, United wasted their opportunity, but Klopp insisted this was not a flaw in Karius’ game, attesting to the risk in fielding a ball-playing goalkeeper.

This, as he may have been alluding to, reared its head as Claudio Bravo earned a red card during Manchester City‘s 4-0 loss to Barcelona on Wednesday night, handling outside the box after a misplaced pass.

“It was one situation with Dejan, with the passing,” Klopp continued, addressing Monday’s mistake.

“But more serious things happen to other goalkeepers with more experience.

“If a goalkeeper plays football, you take a risk sometimes.”

As with City manager Pep Guardiola, Klopp’s move to sign Karius this summer underlined his intention to depend on a more front-footed goalkeeper.

And as Bravo’s struggle proves, this is something that will take time to adjust to, both for the goalkeeper and his team-mates—but it is clear Klopp has full faith in his No. 1.