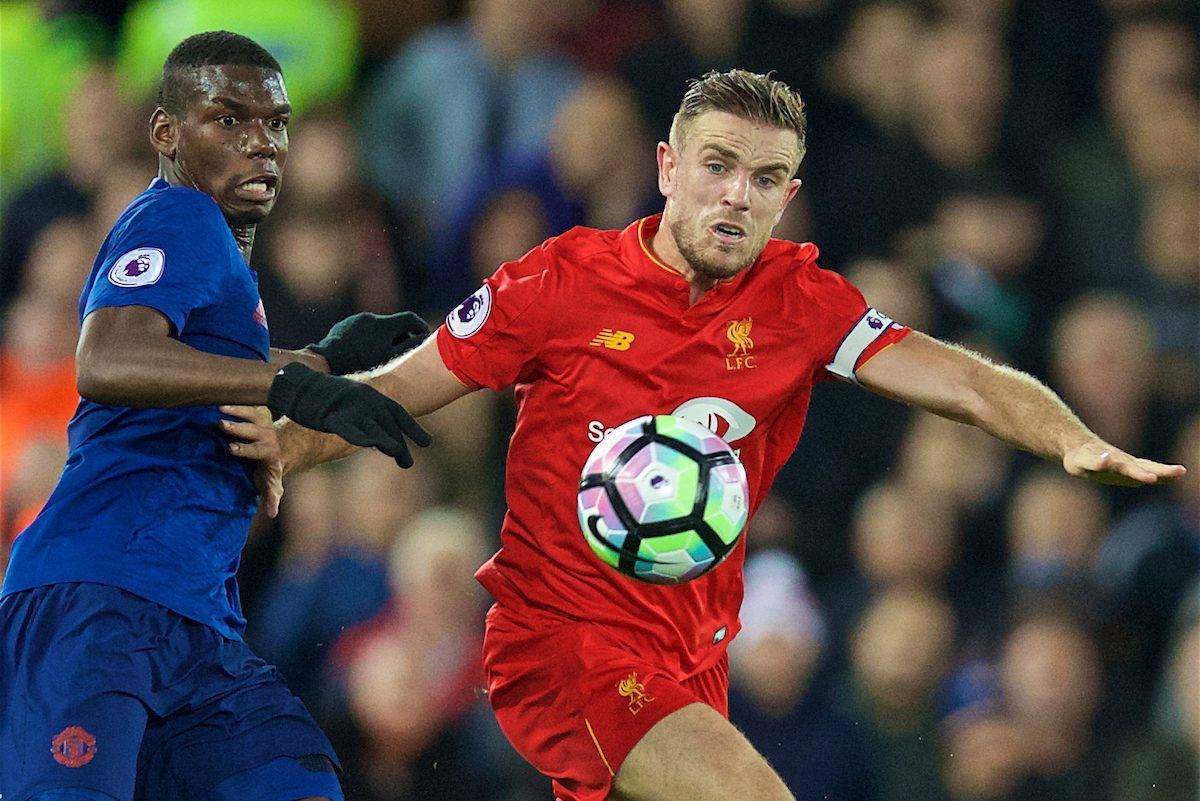 Some vintage tactics from Jose Mourinho saw Liverpool held to a 0-0 draw against Manchester United at Anfield on Monday night.

After a long international break, Liverpool welcomed arch-rivals United to Anfield as they returned to the domestic schedule, looking to harness the momentum they built last time out.

The Reds clawed back to a 2-1 victory at Swansea City that day, but suffered a disappointing injury to key midfielder Adam Lallana, with the England international joined on the treatment table by Georginio Wijnaldum during the interval.

However, Klopp was still able to name a strong starting lineup, with Emre Can and Daniel Sturridge slotting in to take the injured duo’s places.

Alongside the likes of Philippe Coutinho, Sadio Mane and Roberto Firmino, Liverpool were primed to dominate, but it proved to be a more difficult test on Merseyside. Lining up against a lofty United side, Liverpool looked to keep the ball on the ground in the opening stages, while imposing their high-intensity pressing game when out of possession.

United enjoyed the best of the first 25 minutes, however, with poor touches hampering the Reds’ momentum, and only a lack of cutting edge from Marcus Rashford, Paul Pogba and Zlatan Ibrahimovic thwarted Mourinho’s side from creating any meaningful openings.

It was Firmino who had Liverpool’s first attempt on target, nodding Jordan Henderson‘s cross at goal, but David de Gea was there to make the save.

This sparked a shift in momentum with Coutinho in particularly thriving in the final 15 minutes of the half, but the Reds were unable to make their mark before Anthony Taylor called for the interval. Klopp emerged from the tunnel early after half-time, having clearly shared some choice words with his side, but Liverpool failed to conjure any major improvements in the opening stages of the second half.

It was United who had the first chance of the half, with Ibrahimovic heading across goal from a Pogba cross, as Loris Karius struggled to deal with balls lofted into the box throughout.

With Klopp preparing to bring Lallana on, Can had a great chance to put Liverpool 1-0 up following a bursting run from Joel Matip, but De Gea was down to make an excellent save in the six-yard box.

Lallana did then make his way onto the field, however, and Liverpool’s fortunes changed, gaining control as Coutinho drew a world-class stop from De Gea with a long-range strike.

Klopp made a last roll of the dice bringing Alberto Moreno and Divock Origi for James Milner and Firmino, but United were able to hold on for a share of the points on a frustrating night.