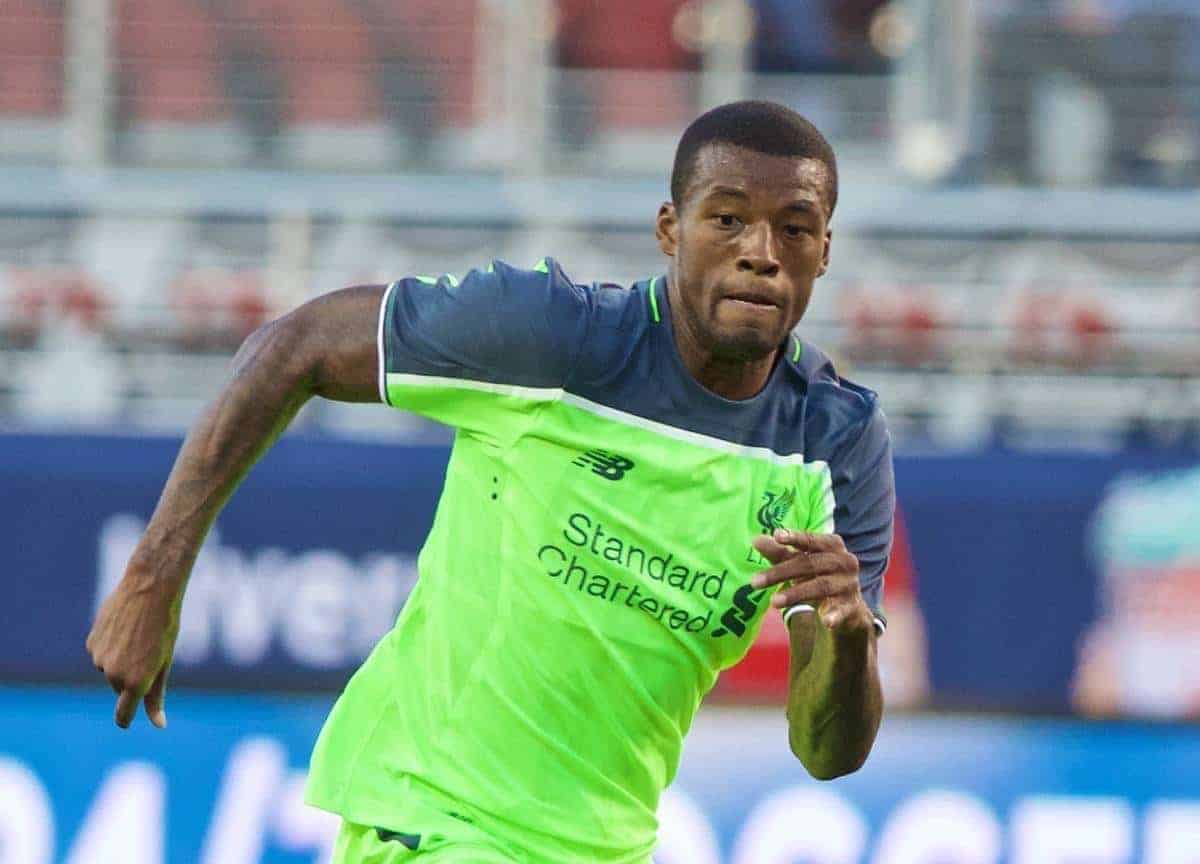 Liverpool midfielder Georginio Wijnaldum lasted just an hour of the Netherland’s clash with France on Monday, with the Dutchman picking up a hamstring injury.

Danny Blind’s side took on Les Bleus at the Amsterdam Arena, as two of Europe’s footballing powerhouses did battle in a 2018 World Cup qualifier.

Wijnaldum was once again named in the starting lineup for the Dutch, earning his 32nd cap and taking up a similar midfield role to the one he has occupied for Liverpool so far this season.

The 25-year-old came up against Man United‘s Paul Pogba, in what was an early audition ahead of next Monday’s Premier League showdown at Anfield.

It was to be a frustrating evening for Wijnaldum, however, as Pogba’s long-range effort gave France a 1-0 half-time lead.

Fifteen minutes after the restart, the former Newcastle man went down clutching his hamstring, and immediately left the field of play.

Although Wijnaldum managed to limp off without the need of assistance, it will still be a major concern for Jurgen Klopp, ahead of the United game.

Adam Lallana is already an injury doubt, having hurt his groin at Swansea City on October 1, so losing Wijnaldum would be far from ideal.

It does, however, represent a chance for Emre Can to win his place back in the side, having struggled to earn much playing time this season.

The German spoke on Monday about his desire to get back into the starting lineup, saying, “it is always better to play and be on the pitch”.