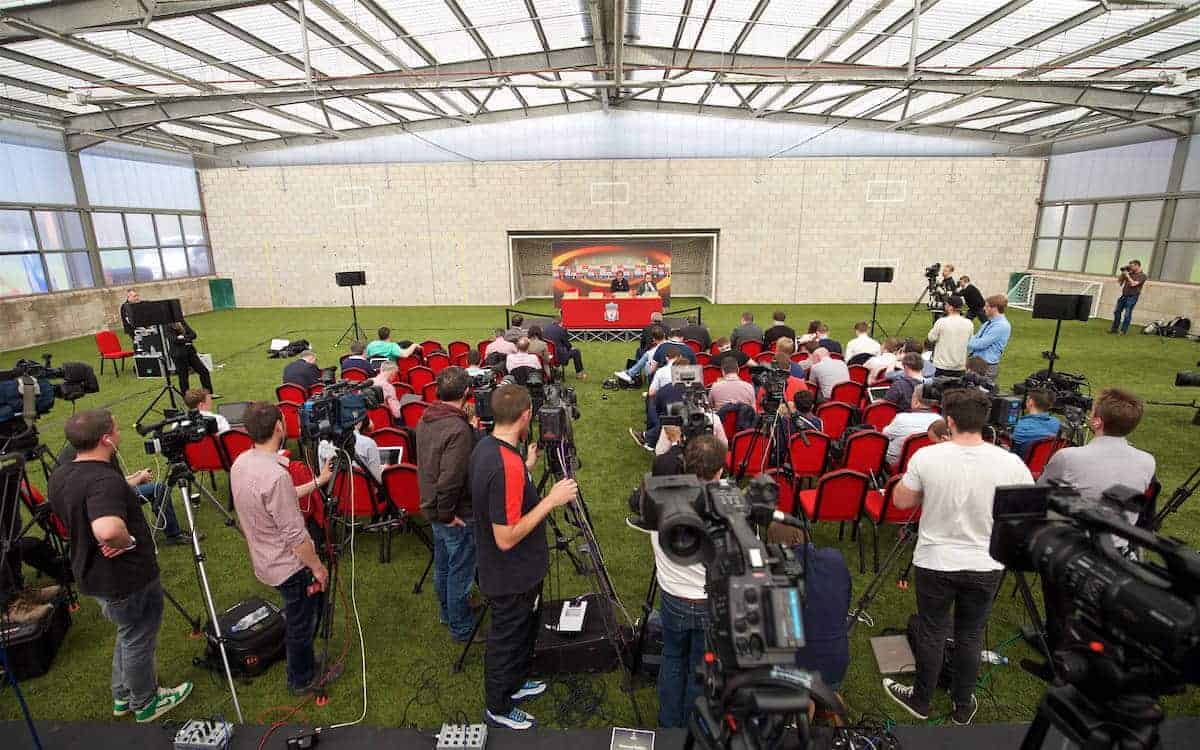 The Liverpool Echo‘s chief Liverpool correspondent, James Pearce, gives us an insight into the changing role within football media.

It’s not often that football journalists sit down and chat in-depth about what their job entails, but Pearce did just that recently.

Appearing as a guest on Anfield Index’s Runner podcast, speaking to This Is Anfield contributors Sachin Nakrani and Henry Jackson, he discussed various topics, including Jurgen Klopp, Kenny Dalglish and the form of the current Reds team.

It was his thoughts on his changing role at the Echo that were also interesting, with Pearce explaining the impact social media has made, whether it be on a normal working day or on matchdays.

“When I started, you’d find out how many pages sport had, someone would draw up a plan of Reds content and I would be tasked with filling that space,” he explained.

“Effectively, when that was done that was the end of my working day.

“Now we’ve got a number of other writers. It’s become more of a team effort now, and it has to be because it is now a 24-hour operation.

“We have someone on first thing in the morning, someone until nearly midnight, and during the tour of the United States we had someone around the clock.

“It’s changed a huge amount, and the social media side of that has been a big reason for it.

“There’s a big emphasis on being on Twitter and Facebook because it generates so much traffic for the Echo.

“On a usual day I write about six or seven Liverpool stories.

“Some will be a re-write of something that popped up somewhere else, and sometimes I’ll have to wait for a few hours to speak to someone.

“Never a day goes by when you’re not having to be a bit creative, in terms of meeting the requirements.

“The matchdays have changed beyond recognition. If it was a Saturday game back when I started this job in 2011, I’d go to the game and write a six- or seven-paragraph match report.

“That would go on the site, then on the Sunday I’d have as much time as I wanted to pen an analysis that would go in Monday’s paper. Then I’d write up the mixed-zone interviews afterwards.

“Now everything has to be so instant. That considered piece that used to be started 24 hours after the game now has to be online an hour after the final whistle. Night games have to be within 40 minutes of it.

“That’s been a big, big change, but you have to move with the times.

“During a game I’ll be adding to the liveblog, especially with games that aren’t televised, then filing a 400-word match report and doing a 900-word piece too.

“That’s the less glamorous side of the job—when you’re sat on the floor writing in the mixed zone always keeping an eye out that you don’t miss players walking by.”

It’s refreshing to hear a journalist speak so candidly about things, giving those interested a fascinating insight into day-to-day life in that role.

You can listen to the podcast in full HERE, as James, Sachin and Henry discuss various Liverpool-related topics.